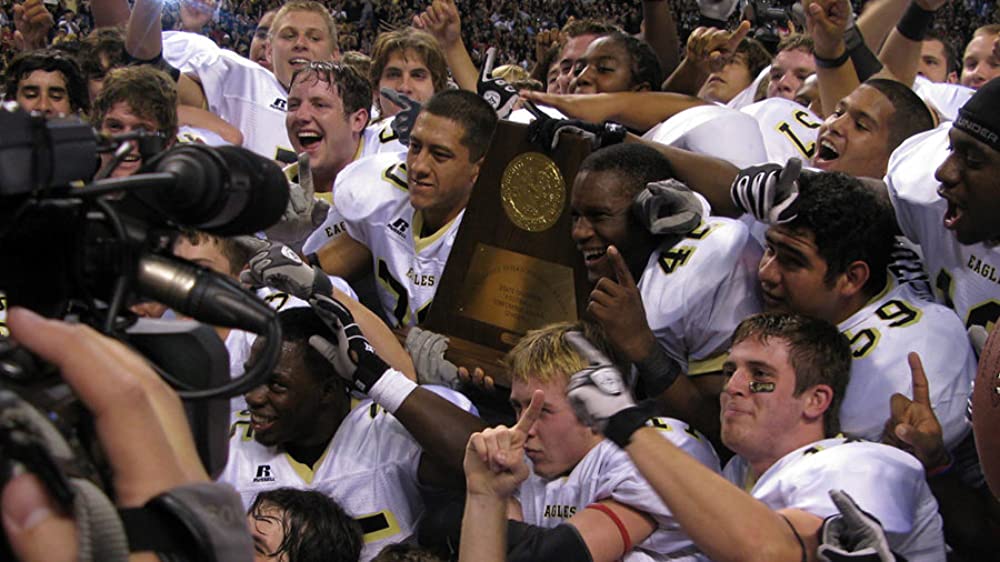 Under the Stadium Lights

"Here in Abilene, we've got faith, we've got family, we've got football – the Holy Trinity," pronounces high school football chaplain Chad Mitchell (Gibson). With that, Under the Stadium Lights sets out its agenda for its audience, which it knows well. If you are the kind of person who adores small-town Texas high school football, then its simple, redemptive, true-life story of how the Abilene High School Eagles football team went from a 2008 losing season to the 2009 Texas 5A champs will lift your spirits. But if you're utterly disinterested in high school sports with a good dash of faith mixed in, it's very definitely not for you. And even if you're looking for a new riff on Friday Night Lights. Let's put it this way: This version of Abilene is the kind of town where whole barbecue joints will suddenly erupt into hymn, and it doesn't matter how good their brisket is, you'll either be joining in or be out the door.

Based on the real Mitchell's book (co-authored with Abilene sports writer Al Pickett) about the team and the season, it's the very standard and rote story of "football or gangs, them's your options" that focuses mostly on real-life team members and cousins Herschel and Ronnell Sims (White and Redwood) who are depicted as the rage-filled teens who live with the pain and legacy of loving their prison-bound parents, and Boo Barrientes (Arroyo), who is trying to keep his drug-dealing brother on the straight and narrow.

Those Friday Night Lights echoes are inevitable, and occasionally deliberately invoked: from the title (changed from its original name of Brother's Keeper) to parts of Erick Schroder's score that sound like Explosions in the Sky outtakes. But it's blitzed by the comparison. Between the cardboard characterization, the heavy-handed emotional outbursts, the intrusive murder subplot, locker room morale-boosting speeches that should have stayed in the locker room, a strange lack of meaningful emotional beats, and the utter inability to tackle its white-savior subtext, Under the Stadium Lights is pee wee by comparison to Peter Berg's All-American.

Will it play in Peoria? Probably not. But it'll go over gangbusters in Abilene. Take that how you will.

Breaking & Exiting
An unlikely meet-cute in this suicide rom-com