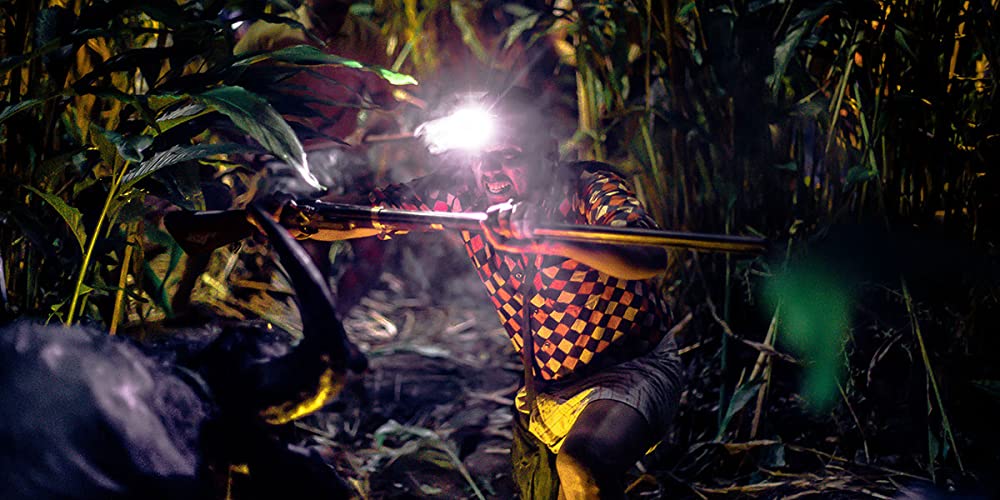 The plot of Jallikattu is deceptively simple: When a water buffalo breaks loose from its pen and stampedes across a small town in India's rural state of Kerala, it sparks a panic among the villagers. As coalitions slowly form among the community members – some want shoot the animal on sight, others want the prestige of taking it home alive – the pent-up frustrations they feel toward their neighbors and officials begin to overtake them.

Initially, Jallikattu exudes harmony. The film (India's Oscar entry, out now from the Austin-based Drafthouse Films) opens on the closed eyes and steady breathing of the villagers at the beginning of a new day. We watch as these people – contained within a percussive and extended edit – wake up and begin their daily integration into society. The music never changes. Beat. Breakfast. Beat. Butcher. Beat. Argument. Beat. Laugh. In this dynamic opening sequence, director Lijo Jose Pellissery conveys through sound and image the various ways his villagers intersect and connect.

There are also scenes in this film that remind us why we love practical effects: villagers as far as the eye can see, descending the hillside and lit only by the torches and flashlights they carry in their hands. If you’re not thinking about early Soviet cinema during the film’s showy montages, the sweeping hordes of extras running across the countryside will probably do the trick. And as Jallikattu progresses, the order of the village slowly dissolves into chaos and bloodshed.

The challenge for the audience is to simply keep up. Jallikattu is such sensory overload – containing so many crowded images and rhythmic cuts – that we almost need a little distance to fully appreciate what the filmmakers have pulled off. Our memories allow storylines to converge and patterns to be revealed; what seems like little more than glorious chaos proves itself to be orderly with a little bit of hindsight. If only more filmmakers could match form to politics with this degree of skill.

A version of this review ran as part of our Fantastic Fest 2019 coverage.