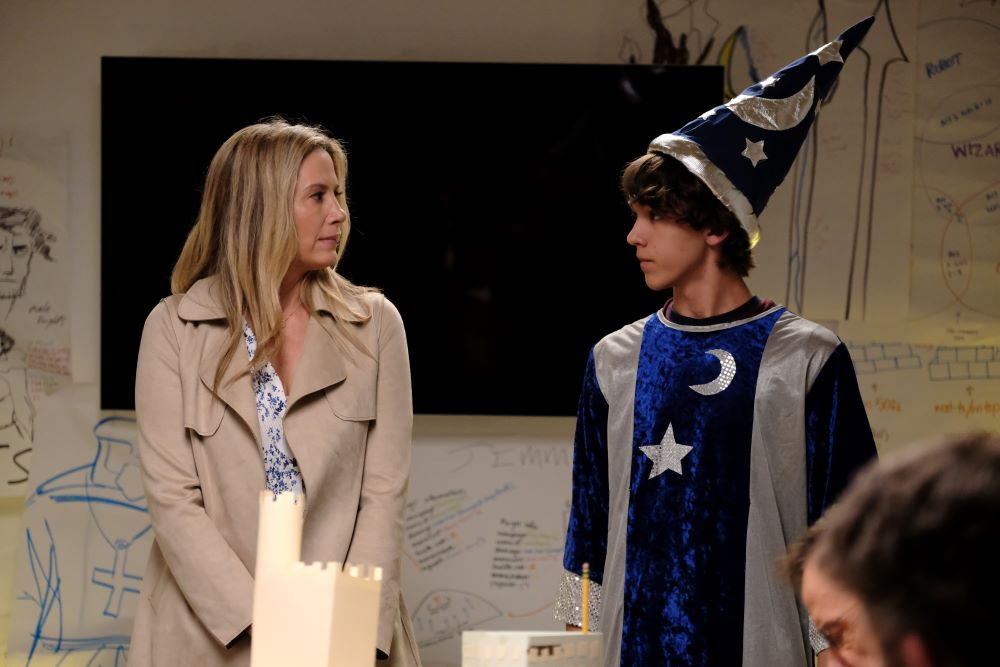 There are few sentences quite as cursed as "video game movie," not least because it causes some trolls to erupt and claim that there has never been a good movie based on a video game. Hero Mode is not that kind of video game movie, nor is it one of the plethora of fun but often shallow documentaries, a la King of Kong, about the history of some niche corner of the multibillion-dollar industry. Instead, it's a sweet, vaguely moralizing, teen-and-tween-friendly light drama about a high school programming prodigy who singlehandedly nearly destroys his family's indie game studio, but realizes just in time that the team can save it.

Playfield Games is a literal mom-and-pop operation, only pop is dead and mom (Sorvino) is dealing with her MS while trying to keep the company afloat. She only gives her son, programming wiz Troy (Carpenter), a chance to lead the development team as a desperate move after he accidentally sabotages the one shot they had with a big investor. It's not hard to see why they're going under: the one game they're developing, Jackhouse, would be an arcade neo-retro smash in Japan, but they're hellbent on releasing it for consoles. Troy, being the archetypical well-meaning but socially clumsy player-one type, wants them to throw it all out and replace it with a generic open world RPG slog-a-thon: all before Pixelcon, the big gaming convention that will seal their fate. Cue the inevitable old dogs versus young pups narrative as he tries and fails to win over the fusty 40-somethings on the team (including an excellently eye-rolling Astin, and a perfectly panicked Rajskub), ignoring that they may still bring something to the table. Throw in an enthusiastic best friend (Solomon) and a singing love interest (Massara), and you have the makings of a solid, light, fun story of a teen growing up and realizing that teamwork makes the dream (and the code) work.

As a heartfelt feel-good story about industrial espionage and how to win the right way, Hero Mode is charming if undemanding, and feels at least a little authentic to its milieu. Of course, there's some fudging for narrative convenience: The solution to Playfield's woes will probably leave programmers screaming at the screen, and the whole idea that an indie developer like Playfield and their rivals at AAA studio Xodus would be presenting on the same stage is a little ridiculous. But, even with those problems, it's probably a bit closer to the truth of modern tech than a lot of movies set inside the developer world (the bad guy ubertechbros all wearing matching monogrammed fleece vests is the modern version of the business card scene in American Psycho, and will cause the same wincing for those that know). Sure, the storytelling may be on easy mode, but not everything has to be a challenge. 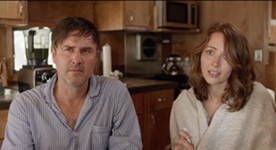