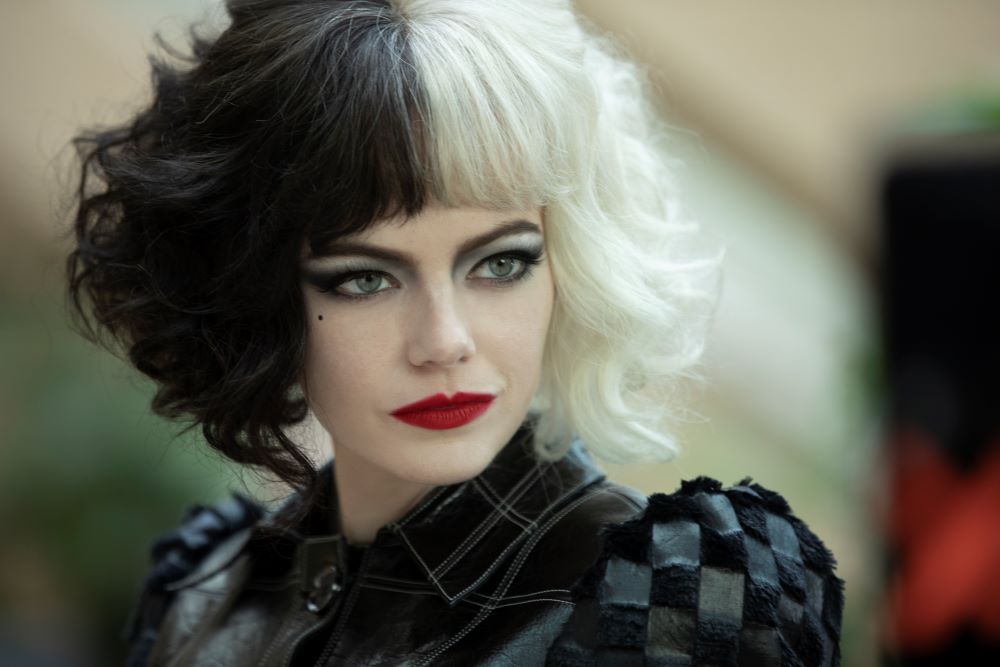 The Disney live action revolution has been uneven, to say the least. For every touching Pete’s Dragon there’s a lazy Lion King. Cruella had every odd against it: pre-production hell (the film was first announced in 2013), prequel banality, and making possibly the evilest of all Disney villains worthy of their own origin story. Who wants to sympathize with the woman who skins dogs for edgy winter coats?

But Cruella does something that, honestly, most Disney “remakes” should do, and that’s tossing the original material, and starting from scratch, re-contextualizing the ingredients and inventing something new. Cruella doesn’t escape the cheesiness that comes with remixing an original’s famous elements, but the sometimes silly components folded in by director Craig Gillespie are reminiscent of the self-aware flourishes in his previous remake, 2011’s Fright Night. Paired with a flamboyant Emma Stone as Cruella de Vil herself, there’s something continuously compelling about Cruella’s stuffed, sleek package.

In Gillespie’s rendition, Cruella is born Estella, a fashion genius, doomed to be misunderstood by many of the adult figures that cross her path. After a tragic accident involving Dalmatians, she’s left homeless and alone in London, with only her own pet dog as her companion. She immediately meets two orphans, Jasper and Horace. The gang of children steal to survive, and keep up the ruse into their adulthood, but for Estella she always yearns for more, and that more being the chance to work as a fashion designer.

Cruella is a wacky mishmash of heist and revenge. After all, what is 101 Dalmatians but a heist movie through the eyes of the stolen goods? So naturally when spinning the camera to focus on the villain, the focus turns to the intricacies and buildup to the caper. Think Ocean’s 8, but with less characters and more bank to stuff in dozens of Top 40 smash hits from the late Sixties and Seventies back-to-back (edgy music to rob to). Cruella’s dazzling heist mechanics morph seamlessly into the film’s latter half revenge plot, which is a bit of an obvious move and bloats the film’s length a bit, but ultimately works due to the delightful chemistry when Cruella finally gets a worthy antagonist.

Shockingly, Cruella is less Maleficent and more Cinderella. Emma Thompson as the Baroness channels Cate Blanchett’s cold, intelligent evil stepmother demeanor, a purely sinister presence that’s a black hole of selfishness. Stone, on the other hand, evokes her demented performances from Birdman and The Favourite. When she finally “unleashes” Cruella, she’s more confident, racy, and totally relentless. The two give expert elevating performances, and the dialogue they sling at each other is playful, biting, and occasionally corny.

Giving Cruella an adversary was the most intelligent curveball, because it reconstructs the timeless villain as a twisted antihero. There are silly nods to the original material, but in Cruella you won’t be worried about dogs getting slaughtered on screen for fur coats. Instead, get ready for an epic-length punk-and-fashion-laced battle between two wicked women scored by the incredible Nicholas Britell, whose guitar-forward edgy score progresses the film in a kinetic, electric way. Cruella is not as perfect as the seams Estella stitches, but there’s something ever so charming about its strut.

In theatres now and available on Disney Premier Access.