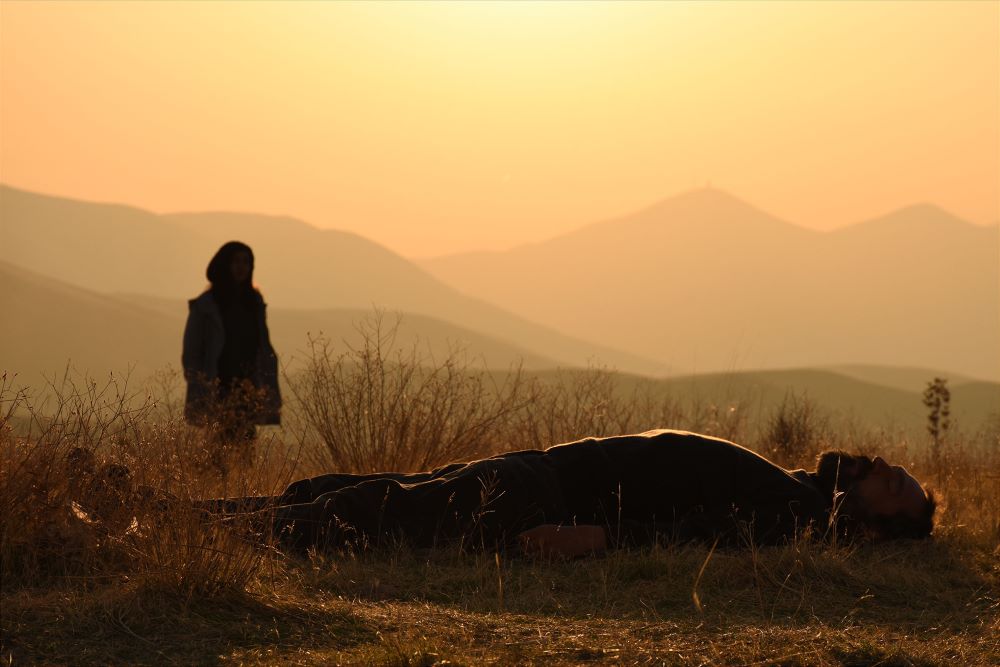 There Is No Evil

Pioneer moviemaker D. W. Griffith birthed the anthology film with his 1916 silent epic Intolerance, which boldly interwove four historical tales of religious and political oppression (one featuring no less than Jesus Christ) with the thematic aplomb of a thinking man’s Cecil B. DeMille spectacle. Over the top, both narratively and financially, it bombed at the box office. Since then, the genre’s popularity has waxed and waned, with the brilliant 2014 Argentinian sextet of modern madness Wild Tales and the 2018 Coen-quirky collection of mini-Westerns The Ballad of Buster Scruggs serving as the best examples of recent omnibus releases. The Iranian production There is No Evil (Persian title: Satan Doesn’t Exist) may not revive the portmanteau film to its former glory (the comic 1963 Italian Oscar-winning trilogy Yesterday, Today, and Tomorrow being a stellar example), but it’s a comparatively solid quartet of short films that critically examine the country’s dehumanizing system of capital punishment, putting a human face on the citizen-executioner asked to carry out the all-too-frequently enacted death penalty.

The first vignette, which shares the film’s in-your-face title, is a bit gimmicky but satisfyingly morbid. It tediously chronicles the banal life of a seemingly saintly government bureaucrat (Mirhosseini) with a nagging wife and bratty daughter, a man who heroically rescues trapped kittens and patiently cares for his frail mother. The punchline: His anything-but-banal chosen profession. This opening segment is followed by two meatier stories, each involving a conscripted young soldier’s duty to literally kick the stool in the hanging execution of a condemned prisoner. In the initially talky and then adrenaline-charged second vignette “She Said ‘You Can Do It’,” a tormented draftee (Ahangar) desperately angling to avoid this military responsibility instead executes a daring dead-man-walking escape. The third short film, “Birthday,” navigates the delicate O. Henry-esque irony of an enlistee’s (Valizadegan) surprise weekend visit to propose to his girlfriend (Servati), only to find she and her family mourning the recent death of a dear friend.

Finally, the last (and weakest) segment, which is oddly entitled “The Kiss”, relates the familial fallout of the decision of a sickly older man (Seddighimehr) to go into exile to raise bees in the desert 20 years earlier for reasons relating to Iran’s noose-happy capital punishment system. Maybe it’s the overall two-and-a-half-hour running time (too long!), but the film sputters in this final stretch despite the intriguing question mark of the character’s current motives, and it stoops to a vulpine metaphor best left to a seventh-grade literature class. While some degree of unevenness is inevitable in this multi-storied format — who really remembers any episode but the still creepy and much-imitated ventriloquist’s dummy segment in the 1945 British horror anthology Dead of Night? — the “Birthday” segment here is the best of the lot, the one with the most emotional heft partly due to the handsome Valizadegan’s sad-eyed and moony performance.

Not surprisingly, given the current despotic regime in Iran, this unequivocally moral film is banned there. Director Rasoulof was sentenced to prison last year for three of his earlier films on the grounds they constitute subversive propaganda; he cannot legally leave the country, even to accept the Golden Bear awarded to There is No Evil at last year’s Berlin International Film Festival. Amazingly enough, Rasoulof surreptitiously shot this technically sophisticated widescreen production under the radar, without government permission, in contravention of a lifetime proscription forbidding him from making movies. Perhaps this subterfuge should inspire yet another film anthology, one with glorious stories celebrating courage in the face of artistic oppression.