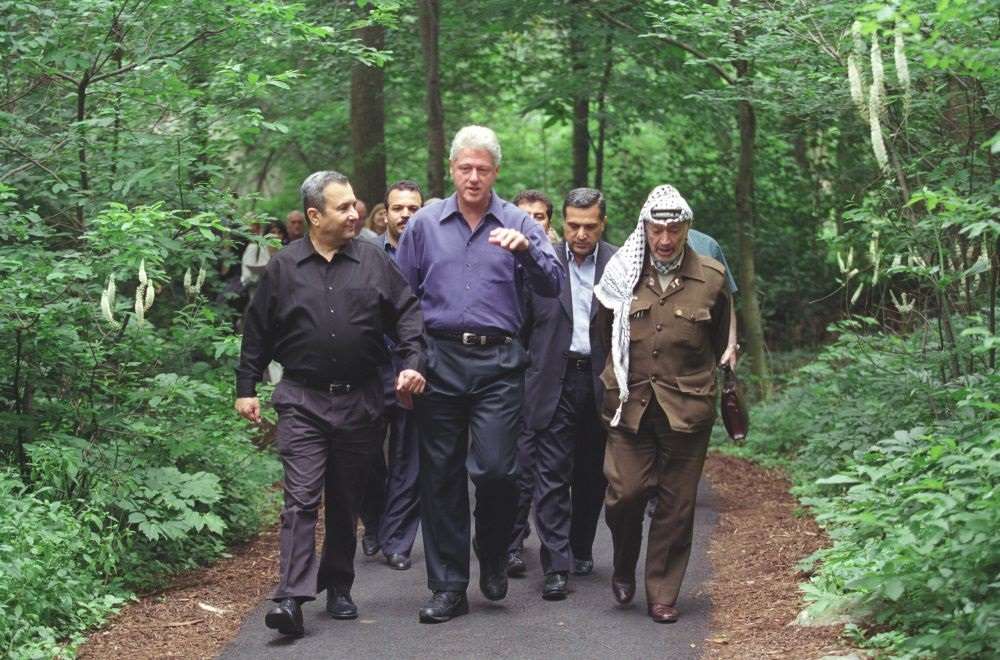 In an argument, framing is everything. As The Human Factor opens, its pre-title card lays out a specific worldview. That the Arab-Israeli conflict had happened, and that the Cold War was over and the U.S. was the sole global superpower, and so was in a position to solve the conflict between Israelis and Palestinians.

It's an incredibly hubristic stance, and one that Dror Moreh's diplomacy documentary The Human Factor painstakingly dissects – within limits. It was undeniably the U.S. that got the ball rolling in the 1980s on convincing Israel that it had to negotiate with the Palestine leadership, and failing to do so would present an existential threat. But Moreh is not here to hand out medals or lay blame.

Nominally a record of the complex role the U.S. has played in orchestrating and shaping meetings, The Human Factor is really about the decade in between Secretary of State James A. Baker III interrupting his own Congressional delivery in 1990 reading out his phone number and telling Israel to call him when they were serious about peace, through to the collapse of the 2000 talks at Camp David. That's the grand backdrop, but Moreh goes one step down the ladder for an extraordinary series of interwoven interviews with the diplomats and emissaries who spent those years, across multiple administrations, trying to hammer out a peace deal. Names like Martin Indyk and Gamal Helal are basically unknown outside of policy wonk circles, and even then they are now footnotes to failure. Yet no parties have had a better view of what went right and what went wrong and, more pointedly, whether there is really any hope for a peace deal.

Much as with his trip into the shadowy corridors of Israel's Shin Bet intelligence agency, The Gatekeepers, Moreh gains astonishing access to the quiet players in the room. His purpose is to have them explain the process and the details (down to how to maneuver the right kind of handshake). After all, what he is really showing is how diplomacy always comes down to convincing people in a room to give up something they cherish so they can take something of greater value away – and why that never happened here. For experts in the field, who this is most undoubtedly aimed at, this is a rare and incisive look at one party's stance on one of the most important diplomatic initiatives of our time.