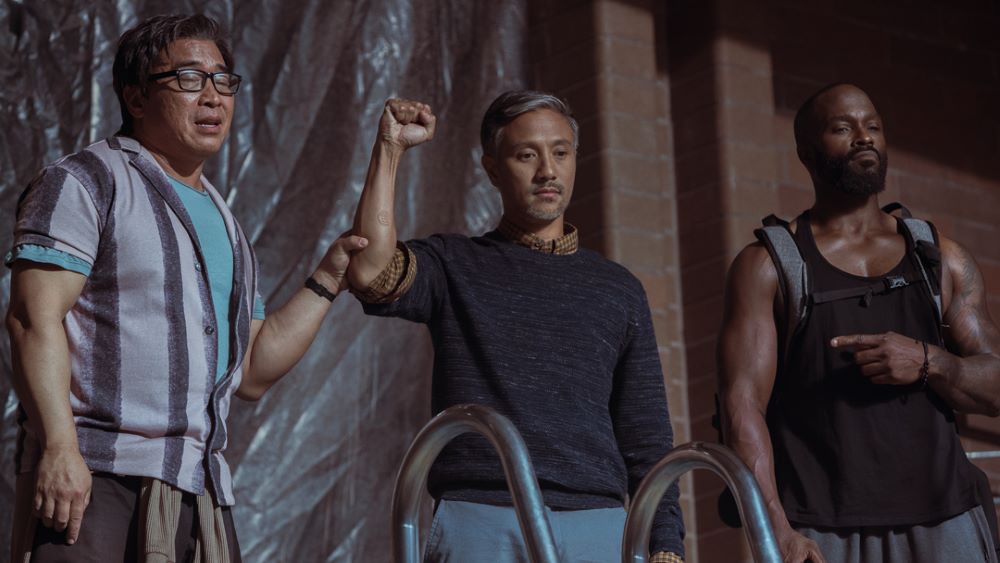 Martial arts movies have become serious business these days, with a lot of post-John Wick gun-fu. So feel-good fight flick The Paper Tigers is definitely a welcome throwback to when these films knew how to have affable fun.

Danny (Uy) was going to be the next great martial artist, the heir to his master, Sifu Cheung (veteran stunt performer Roger Yuan), but that never quite worked out. Now he suddenly finds himself alongside his old sparring friends, Hing (Ron Yuan) and Jim (Jenkins), at Cheung's funeral, and they have to set off on a path to avenge his murder. However, the Three Tigers, as they were known, are no longer the young lions of their youth. Jim is still the third best of the three, Hing can barely walk without blowing out his knee (never mind land a spin kick), and Danny is divorced, trying to patch up his relationship with his son, and hasn't thrown a punch in decades. How will these three veteran doofuses ever get the vengeance that is required?

In many ways, there's nothing new here. The list of films about students avenging their master should be titled "90% of All Martial Arts Movies Ever," and a solid subset of them are comedies. But innovation is not what's important here. Instead, it comes down to two basic requirements. Are the fight sequences good, and will you laugh?

The answers are undoubtedly yes, and very much so. The trick is that all three men can very much go in a fight, but also know how to get their asses beat in entertaining ways. The comedy is helped by the fact that Hing is as much use in a brawl as rubber hook swords, but has learned some ancient healing techniques – useful, considering Danny seems to have developed a bit of a glass jaw over the years. At the same time, the script by first-time feature writer/director Quoc Bao Tran hides a gentle observational comedy about getting ... if not old, then definitely to that point where you don't get up from a punch or a chair so fast.

Much of the humor comes from the affable interplay between the restrained Danny and the boisterous, blowhard Hing. They have the ease of real old friends who get on each other's nerves. But then, Uy also spars perfectly with Page as Carter: a fortune cookie made with white flour, as Danny aridly observes, their old childhood wannabe-nemesis who now has become the true stickler for true martial arts.

Yet the jousting between the quartet never gets to be more than the odd light slap, as they reserve their energies in the hunt for the killer. Hey, they need all the vim they can muster, because a good jog leaves them all winded. The inevitable set piece fights never seem Jackie Chan-level of cartoonish, but rather balance just the right amount of slapstick with real crash-bang-pow antics. There's even the requisite amount of sentimentality, courtesy of some old VHS tapes of the boys in their prime, proving that it's never too late to make amends.

Tran undoubtedly aims for an old school Hong Kong comedy martial arts movie feel, lighthearted and light on its feet, and he lands that blow dead on. But rather than a knockout punch, it's a tickle on the ribs and a tussling of the hair from this sweet and funny action flick. Yeah, it's old-school, but this oldie is a goodie.

A version of this review ran as part of our Fantasia Film Festival coverage.