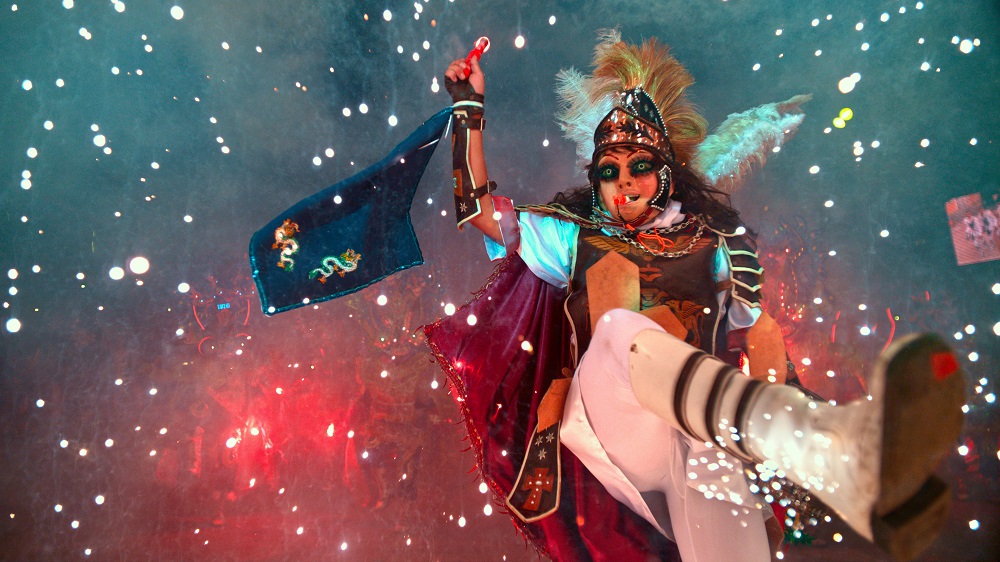 The last year has denied us so much, but one part of our expected lives that has been so profoundly missing, yet never discussed or noted, is spectacle. To be in awe is, as far as we are aware, a uniquely human experience. Honestly, it's part of what cinema does so well, especially in theatres: to be beyond what is every day, to be astounding, huge, enveloping, providing the 10,000 feet view.

At the same time, cinema has a problem with the grandiose, and even more so with the abstract. That's the only reasonable excuse for the Oscars passing up on ever awarding Godfrey Reggio a Best Documentary award (in the annals of poor choices, passing over the landmark Koyaanisqatsi for the insipid He Makes Me Feel Like Dancin' may be the Academy's low point). Giant works of pure cinema, where form is everything,

So it's no surprise that both Reggio and Austin's own master of the abstract, Terrence Malick, are both in the wings as executive producers for Awaken, Tom Lowe's truly spectacular reminder of wonder in the world. Five years, 30 countries, and a pivotal difference from many of the pure cinema films of recent years: a lack of despair. There's a sense of joy, distilled through a juxtaposition of images of celebration and ritual: women in a forest in Belarus, placing floral tributes on water; an elephant illuminated in a street fair; lanterns lifting into the air over Thailand like shooting stars in reverse; a Chinese cormorant fisherman with his bird; masked revelers at Bolivia's Carnaval de Oruro.

Of course, since Reggio revolutionized documentaries with his 1982 landmark, these abstract collections of images have become commonplace (so much so that Reggio himself has moved away from them to more formally shot and structured films like 2014 Visitors. Every idiot with a GoPro, some air miles, and a library of copyright-free music can put up 10 minutes of slowed-down and sped-up holiday footage on YouTube. But just as The Road Movie did more with car crash clips than a bad driver compilation, so Lowe's cavalcade of extraordinary imagery coalesces into something more than just background noise. Its sense of the extraordinary makes it a surprisingly good fit for Gunpowder & Sky's Dust shingle (normally a home to science fiction), and maybe a sense of gorgeously shot wonder is exactly what we need right now.