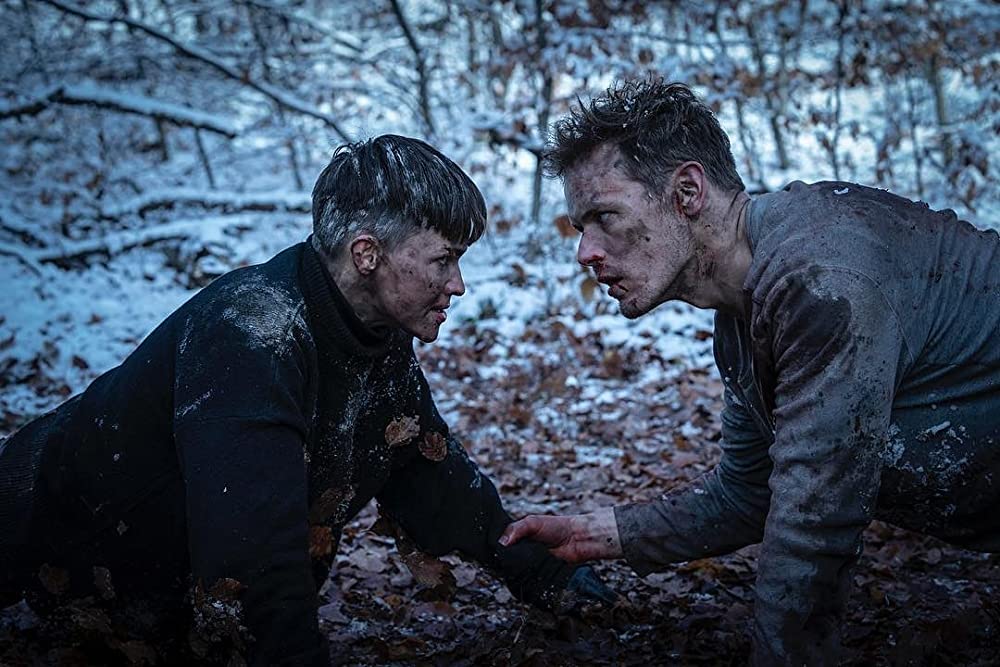 Good action movies come in all shapes and sizes. Over the past few years, the gap between blockbusters and direct-to-video stuntfests has shrunk to nothing, and action fans know that the right actors and a little bit of budget can go a long way towards an entertaining experience. So don’t let appearances deceive you: SAS: Red Notice might have a silly name and a second-tier cast of actors, but it will likely earn a spot on more than a few Best Action Movies of 2021 lists before all is said and done.

For years, the British government has used a paramilitary group called the Black Swans to quietly eliminate opposition in foreign countries. But when an act of genocide is caught on camera, George Clements (Serkis) is forced to disavow the Swans, sending in special forces operative Tom Buckingham (Heughan) and others to quietly assassinate them. Soon, though, they learn that Swan leader Grace Lewis (Rose) has survived and planned a deadly assault on the Channel Tunnel. Stuck underground with fiancée Sophie Hart (John-Kamen) in tow, Buckingham must eliminate the threat before the Swans – or the British government – deems the train’s passengers as acceptable losses.

Anyone who spent the Nineties in the Action-Adventure section of their local video store will find a kindred spirit in SAS: Red Notice. There’s more than a little Under Siege or Executive Decision in the film’s DNA, a prolonged, wrong-place-wrong-time gunfight featuring a creature of Western foreign policy’s own making. Much of the film refuses to provide the audience with clean emotional stakes, pitting two sociopaths against each other and dropping a third in the middle (Heughan’s Buckingham, a budding killer whose only “humanizing” aspect seems to be that he’s obscenely wealthy).

These sociopathic streaks free the film – at least for a little while – from more conventional story beats. Civilians are gunned down between train cars with ruthless abandon, but director Magnus Martens chooses not to linger on these deaths, conveying the professional apathy of Tom and his enemies with how efficiently they murder their way through the train. Meanwhile, Serkis’ Clements serves as the bloody hand of the prime minister, giving the order to open fire on multiple occasions without heed to the collateral damage this may accrue. “This government is addicted to what we do for them,” Grace tells her father, and nothing in SAS: Red Notice suggests otherwise.

The film’s biggest draw is its most obvious – Heughan, Rose, Serkis, and Hopper, playing to their collective strengths as action stalwarts of the small (and big) screen. Rose is in fine form as the big bad, channeling the same kind of fast-twitch violence she brought in the second John Wick movie. Meanwhile, there’s a bit of John Hurt in Serkis’ performance, with the actor channeling serious lawful evil energy using little more than a majestic mustache and a glass of champagne. The only real casualty is John-Kamen; despite having proven herself deserving of a breakout role, SAS: Red Notice seems to only see her as a foible for Buckingham’s budding amorality.

It is this last element that causes the film to pull up short. For much of its runtime, SAS: Red Notice stages a battleground of soulless government killers. But Martens and screenwriter Laurence Malkin seem to recognize that watching government agents open fire on public crowds might be a hard sell for matinee audiences. Buckingham gets his redemption – or at least absolution – in the eyes of his loved ones, and the overt criticism of the military industrial complex ends on a note of drone violence played as heroism. It’s not the ending we expected, but in this case, the journey more than makes up for an ending that opts to play it safe. 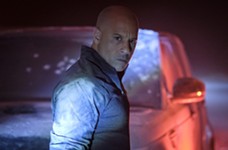 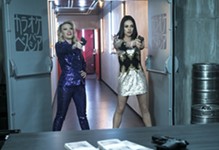 The Spy Who Dumped Me
Kunis and McKinnon run to Europe, but forget to pack jokes