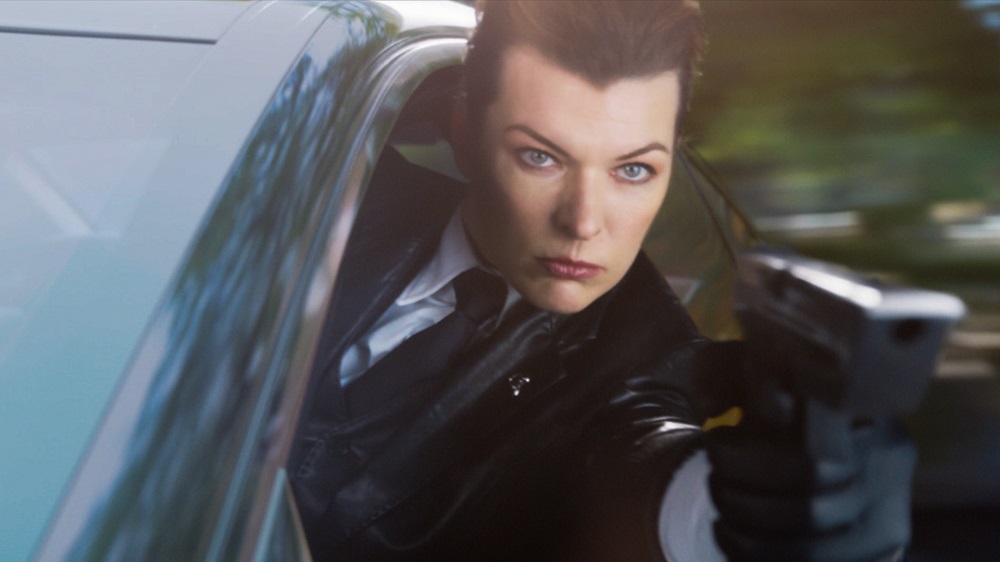 Zhao Feng (Wang) is a professional adrenaline junkie, broadcasting his buildering videos to a rapturous audience. Miao Yan (Pinna) might just be his biggest fan, but working a dead-end Interpol job – two levels below the public relations department – has her seeking out more exciting opportunities in life. So when Zhao is accidentally recruited into a secret organization by super-spy Bruce (Jovovich), both Zhao and Miao must work together to foil a secret plot to turn the people of the world into, well, trees.

Those with a keen eye for movie posters will notice that Zhao keeps two in his bedroom. One is 2016’s Jason Bourne, and the other is for Hitman: Agent 47, Hollywood’s second – and nominally better – attempt to franchise the popular video game series. If filmmakers use posters as a way of nodding to their influences, then the bar for The Rookies seems to be set especially low. The best-case scenario here is two sequels/reboots that nobody wanted in the first place, and even that bar proves too high for Alan Yuen and company to handle.

Some of the worst instincts of Chinese blockbusters are on full display here. For one, the film has an allergy to practical effects, undercutting passable action sequences with blatant digital additions. For another, it exists as a thinly veiled excuse to foster international tourism, this time highlighting the city of Budapest at nearly the exact moment that China has quadrupled its airline routes to Hungary. Throw in shallow character designs and annoying bursts of physical comedy, and The Rookies feels like the work of a particularly malicious piece of scriptwriting software.

And the worst of the film’s sins is its mistreatment of Milla Jovovich. There will come a day when Jovovich is rightfully recognized as one of the great action leads of her generation. When that day comes, may historians do her a kindness and scrub The Rookies from her filmography. Jovovich does her best with her limited screen time – and seems committed to the bit the few times she’s allowed to go through the paces – but so much of Yuen’s script just asks her to be exasperated by Zhao’s antics (and nothing more). Instead of passing the baton to the young Chinese cast, her appearances grind the movie to an unexpected halt.

At nearly two hours, there are plenty of other decisions in The Rookies that deserve to be singled out, but there’s no point beating a bad movie when it’s already down. There are times when China’s brash marriage of national cinema and onscreen largesse can work for foreign audiences – bless you, The Wandering Earth, you madcap delight – but when the approach misses this badly, the results are excruciating. Consider The Rookies an easy miss for even the most dedicated Chinese action cinema fan.