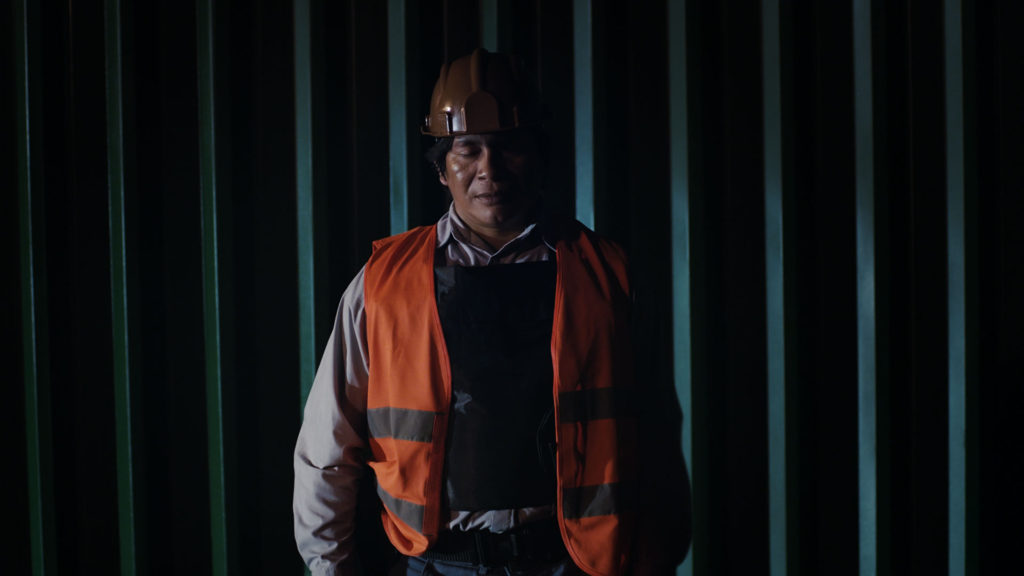 Recently, there’s been something amiss with Justino (Myrupu). It’s been 20 years since he left the Brazilian Amazon for the city of Manaus. Twenty years away from the home of his people, the indigenous Desano. Twenty years working in factories in the industrial zone to provide for his family, his wife now dead from illness, his children now grown, and the cracks are beginning to show, and not just in the cement foundation of his modest home. He has become lethargic, dozing off at his current job as a port watchman. His daughter, Vanessa (Peixoto), who works at a local clinic, has just received a college scholarship to study medicine in Brasília. A fever sets in, and local news reports begin detailing a predatory animal roaming the neighborhood streets at night, killing pigs and dogs. Signs and portents seem to be swirling around Justino.

Brazilian filmmaker Maya Da-Rin has long used her native country to examine the lines dividing the urban and the rural, and the people who live in the liminal states between, in documentaries such as Margin (2007) and Lands (2009). The Fever is her first narrative, but Da-Rin uses the tools of the realist aesthetic: long takes, diegetic sound, nonprofessional actors, to create an immersive fly-on-the-fourth-wall portrait of a man realizing he has become afflicted and used by the preoccupations of the Western World, the meaningless mechanics of capitalism. Trying to understand these symptoms of his condition, Justino’s implacability rarely falters, whether it’s careless racism from a co-worker, the synthetic concern of HR, or a doctor’s prognosis. “They don’t know anything.” Justino tells his brother, “They don’t even know how to look into dreams.” The natural world and the industrialized world are at odds once again. But it is to Da-Rin’s talent as a filmmaker that her political and ideological intent never overshadow this deceptively simple and astute tale of a sick man yearning for his home, and finally hearing the call of the wild.