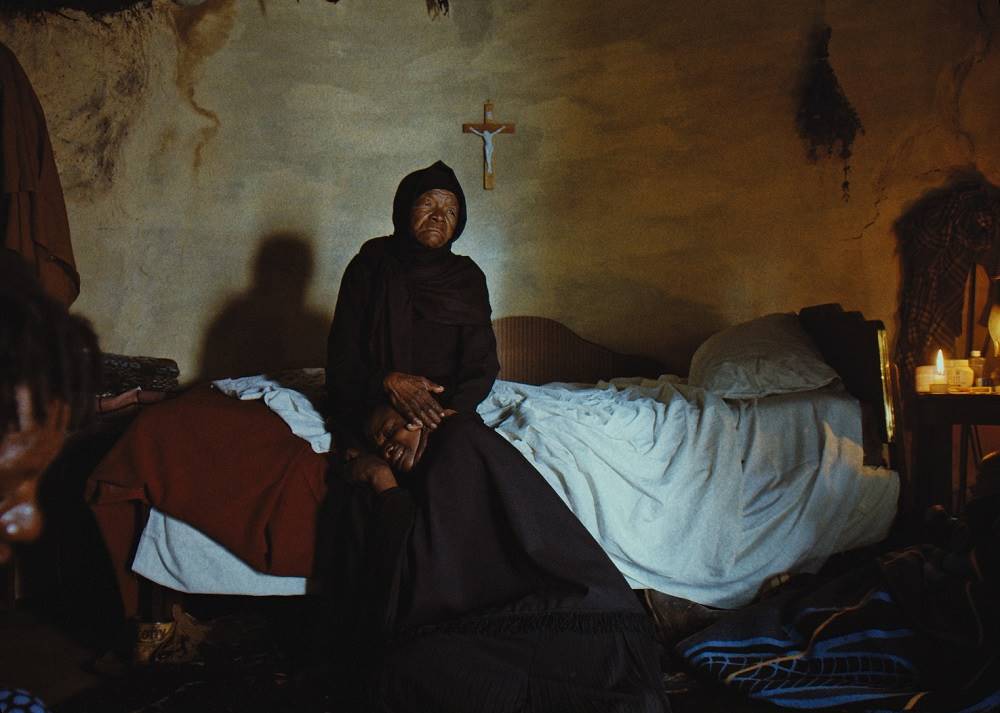 This Is Not a Burial, It’s a Resurrection

Last year, Lemohang Jeremiah Mosese’s This Is Not a Burial, it’s a Resurrection swept the Africa Movie Academy Awards. His film about an elderly woman who, in the wake of losing her son, begins to prepare for her own funeral, is textured with lush mountainous landscapes and propelled by elegiac dialogue.

The country where it takes place, Lesotho, is a landlocked and encircled by South Africa, a country of colonialism and “progress.” It’s the promise of progress that prevents Mantoa (Twala) from preemptively planning her death. The construction of a manmade reservoir forces leaders to relocate her village, which includes the graveyard she was destined to be buried in alongside her husband and son. The crushing weight of all this news at once makes Mantoa mournful, not just of her husband’s, son’s, or even her own future death, but for the death of her community, its customs, traditions, and land.

Mosese emphasizes this loss by capturing the abundant beauty of the village, from thunderous storms so powerful you can smell the swollen and sodden earth to endless fields of blushing pink and red flowers. The village’s union and history with the nature surrounding it creates that much of a deeper, profound loss, so the viewer gets swept up in Mantoa’s devastation.

The layering of horror further intensifies This Is Not a Burial, it’s a Resurrection’s sense of immediacy and tension. Ministry workers who are tasked with surveying the land for the dam they are building loom in unnatural yellow suits, and in one shot appear to be stalking Mantoa as she walks through a field. She wakes up horrified by their work, her screams echoing throughout the chasms, high pitches and earth shattering. The final act tumbles in terror, with sharp music queues crying over the howls of the community’s collective sorrow. These sensations of horror fused with Mantoa’s heartache create a sense of dread that plummets into your gut, like a rock.

This Is Not a Burial, it’s a Resurrection is arthouse cinema at its best, a lyrical eulogy from a confident auteur whose poetic touch is meticulous and grand. It’s a haunted hymn of grief, one that feels like a fable read from an old text, which is emphasized by the Priest (Ndebele) figure’s monologuing, the master storyteller who unwinds Mantoa’s tale. When Mosese’s film builds to its end, it’s a gasp of relief. It’ll be difficult to escape the lingering awe it leaves behind.