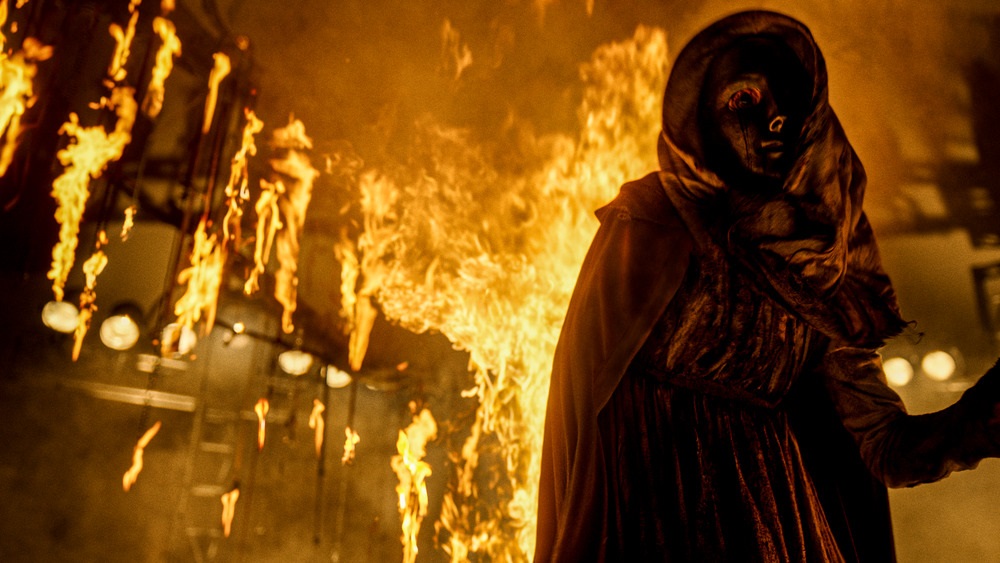 After a year of pandemic living, people are hungry for any signs that things might be getting back to normal. Look no further than The Unholy, the directorial debut of long-time screenwriter Evan Spiliotopoulos. There is something refreshing about watching a studio dump a mediocre horror movie in theaters during the first quarter of the year. Nature, it seems, is healing.

Gerry Fenn (The Walking Dead's Morgan) has a tricky relationship with the truth. Once a rising star in journalism, Fenn lost everything when he was discovered to have fabricated elements of his most important stories. Now he travels the countryside, writing articles about alien abductions and satanic rituals for whichever blog will pay his way. So when Fenn has a chance encounter with Alice (Brown), a teenager who claims to speak to the Virgin Mary and performs miracles in her rural community, he's willing to look past a few dangerous omens in search of his big comeback special.

One can get an awful lot of mileage out of the right Big Idea in films, and The Unholy spends its first act placing miracles within an intriguingly modern context. The movie works best when it avoids the horror genre entirely, exploring the institutions that have a vested interest in proving the veracity of Alice’s miracles. Only Sadler’s Father Hagan sees the risk these miracles pose to Alice from a spiritual and historical standpoint. As he reminds Gerry, things did not exactly end well for the children of Fatima.

Treating miracles as socioeconomic phenomena – events that bolster the Catholic Church’s reputation among nonbelievers and generate millions of dollars in tourism revenue – is a decidedly different spin on religious horror. In its best moments, The Unholy touches on the human factors that would allow a miracle to gain traction in modern society. But nothing in Spiliotopoulos’ track record as a screenwriter (Hercules, The Huntsman: Winter’s War) suggests he is prepared to deliver this crunchy of a horror movie, and it does not take long for The Unholy to succumb to its worst instincts.

The creature of Mary is cut from the same cloth as early-2000s horror films like Darkness Falls, a witch whose earthly presence is reduced to CGI and jump scares. The rules surrounding her powers are never established, and this lack of details means that Mary spends most of the movie jumping out at the camera from various surfaces. And while it is fun to see the film gesture towards the long memory of New England towns not far removed from acts of religious violence, the script can never quite marry the compelling pieces of her character design and backstory into a coherent whole.

Almost everything about The Unholy feels thrown together. Acts of violence happen almost entirely off-camera; important lines of dialogue are dubbed and dropped awkwardly into the moments between shots. Spiliotopoulos’ film was one of the earliest productions impacted by COVID (shutting down for four weeks in mid-March of 2020) and there’s a tangible sense that The Unholy is an incomplete production – five pounds of religious horror in a ten-pound bag.

It’s a credit to Brown, Morgan, and Sadler that the story works at all. These actors maintain the illusion that The Unholy is a competent horror movie for far longer than it deserves. But in the end, there are just too many pieces missing to make this a coherent whole. 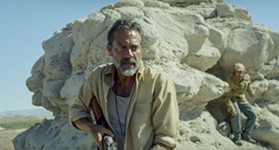 Desierto
A most dangerous game in the desert