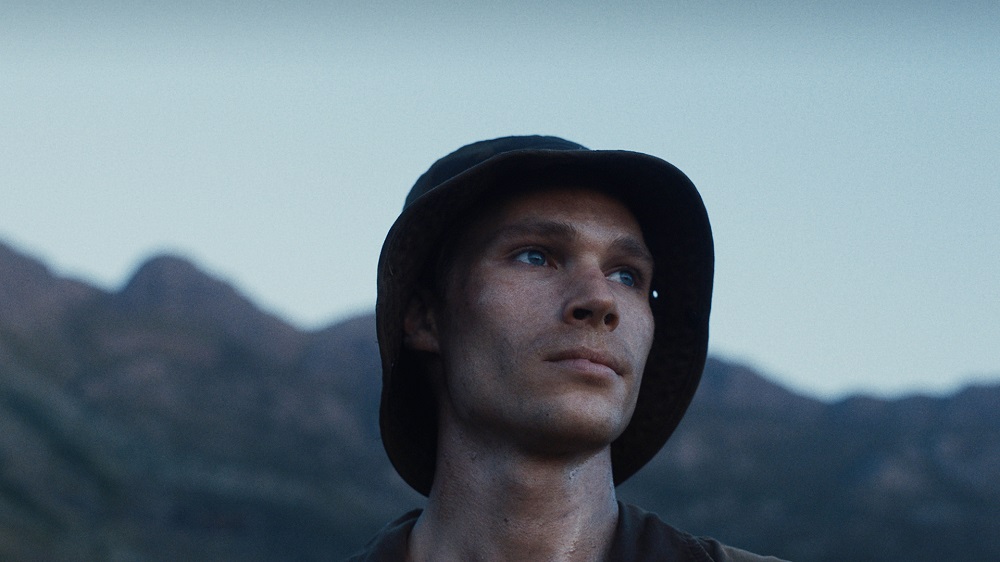 A toxic masculinity courses through Moffie, an adaptation of André Carl van der Merwe’s autobiographical novel about a young man conscripted to serve in the South African military in 1981, not long after neighboring Angola’s civil war and conversion to Marxist rule. It’s a poison easily administered through a patriarchal construct that defines manhood in the most simplistic – and barbaric – of ways. For 16-year-old Nicholas van der Swart (Brummer), a British émigré with an Afrikaner stepfather, the dehumanizing transition from callow youth to hardened soldier is a sacrifice he’s expected to endure in defense of his adopted country’s apartheid system and its reactionary response to the Communists next door. At least that’s what he and his fellow recruits are repeatedly told in justification of their state-mandated patriotism, a two-year stint in the South African Defence Force, which aggressively patrols Angolan border territory considered hostile to South Africa’s purportedly superior national interests.

But military service also stirs up secretive feelings that go beyond any moral or political beliefs Nick may have about his country’s confrontational motives. He is sexually attracted to other males, an orientation difficult to ignore in an environment permeated with testosterone. As a flashback to a terrifying memory from post-adolescence reminds him, Nick knows all-to-well the public shame and humiliation of being called out as a “moffie”, the Afrikaner slang equivalent of the homophobic slur “faggot”. So, when he begins to develop tender feelings for the sensitive but troubled Dylan (de Villiers) during boot camp, he’s both exhilarated and terrified in the venerable tradition of coming-out dramaturgy.

Although Moffie is competently executed, its genre-straddling will leave you vaguely unsatisfied if you decide too quickly the kind of movie it should be. (Or the kind of movie you what it to be.) Narratively speaking – in broad strokes, mind you – it moves from Full Metal Jacket to Platoon with a wish-fulfillment version of Top Gun homoeroticism sandwiched in between. (Yes, there’s a sweaty game of shirtless volleyball.) While scattershot parallels to the American experience in the Vietnam War in the latter section of the movie go nowhere, the saving grace here is the sly commentary in director Hermanus and Jack Sidey’s screenplay about what it means to become a “man”, all preconceived notions of gender identity aside. While the ambiguous ending of Moffie suggests that things for the newly civilian Nick may not turn out exactly the way he hoped, it makes one thing fairly clear: He’s now in charge of his own destiny.