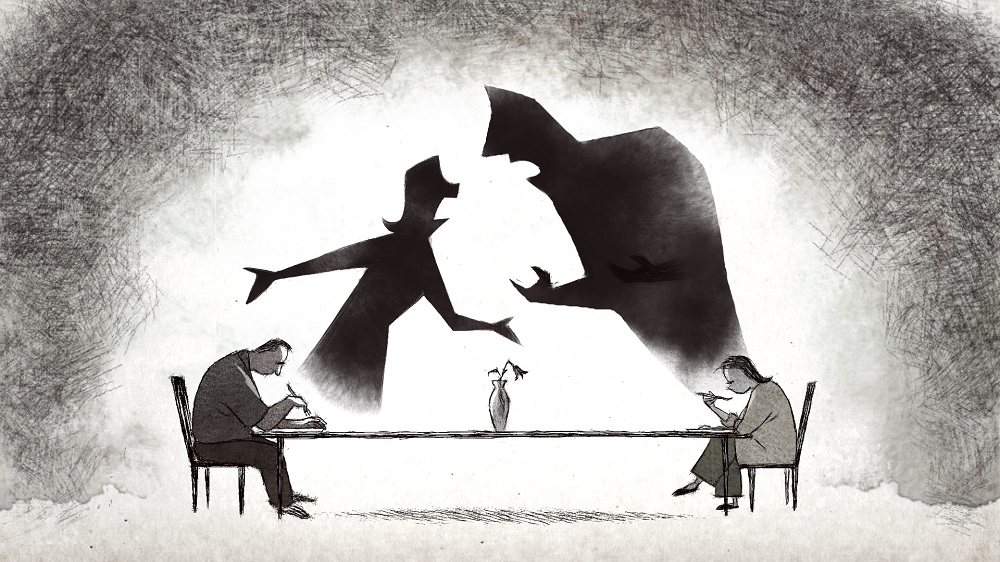 Still from "If Anything Happens I Love You"

Would it be the annual animated Oscars shorts collection without a Disney short? This year, it's the delightful if slight "Burrow," about a bunny who comes to understand the pleasures of communal living. It has the joyous, soft feel of a children's illustrated book: In stark contrast, Erick Oh's "Opera" is a remarkable feat, an ornate visual feast that defies its deceptively minimal format. It's simply the camera moving down through a cutaway pyramid, within which tiny figures carry out repetitious actions as part of a grand narrative. If that makes it sound like a high art version of the old video game Lemmings, well, that's because it sort of is. But Oh isn't telling a simple story. In his elaborate design, he's building a cosmology, a whole society that is only really unpicked through multiple viewings. Meanwhile, French entrant "Genius Loci" is visually complex, but in a different fashion. Already an award-winner on the international circuit, Adrien Merigeau's experimental piece is most impressive for its transitions between styles, segueing from Hopper to Modigliani to Basquiat, via nods to Harlem Renaissance creators like James Lesesne Wells and Aaron Douglas.

Yet this metaphysical excursion through an inner city is more impressive than engaging – something that cannot be said of "If Anything Happens I Love You," Will McCormack and Michael Govier's heartrending and heart-healing story of an impossible (and very American) tragedy. In this dialogue-free story of loss, two estranged parents struggle after the death of their daughter. Captured in watercolor and cross-hatched inks, their grey lives are interrupted by a reminiscence and a flash of blue, and the shadows of their unspoken inner lives are finally drawn to engage with what has happened. In place of words, the directors bring life to the story with two songs – a rendition of "Beautiful Dreamer" by the Inner City Youth Orchestra of Los Angeles, and King Princess' rhapsodic, elegiac, and effortlessly romantic "1950" – for a film that is both timely in its message and timeless in its understanding of the human heart.

As always, the Academy has bundled some extra shorts to make up the runtime for a full package, and the mistake there may be that any of the three shortlisted titles included could (and maybe should) have taken the place of the slightly silly "Yes-People." The sole 3D animated feature in the nominees, the comedy of life in an Icelandic apartment building is unremarkable. If it was just about including a 3D title, the utterly charming "To: Gerard" (which played during last year's Austin Film Festival) was right there, a sweet story of a postal worker, the life to which he gave a little magic, and the unexpected ripples our tiniest actions can cause. As life-affirming in its own way as "If Anything Happens I Love You," it's a true high point of the package. In the same way, Hinaleimoana Wong-Kalu's "Kapaemahu" matches the world-building of "Opera" but in a way that has real world consequences, as his sepia-tinged retelling of the mythological roots of four stones on Waikiki Beach carries ongoing cultural weight. The action stays on the beach for "The Snail and the Whale" – another shortlisted title, but its inclusion seems a stretch because it originally broadcast on Britain's BBC in 2019. Yet time is the only reason this wistful and wide-eyed CG adaptation of writer Julia Donaldson and illustrator Axel Scheffler's award-winning children's book about an unlikely friendship would not be included. Snuggle with your small ones for this wonderful journey.

The Oscar Nominated Short Films: Animation presented by ShortsTV are available in theatres and virtual cinemas.