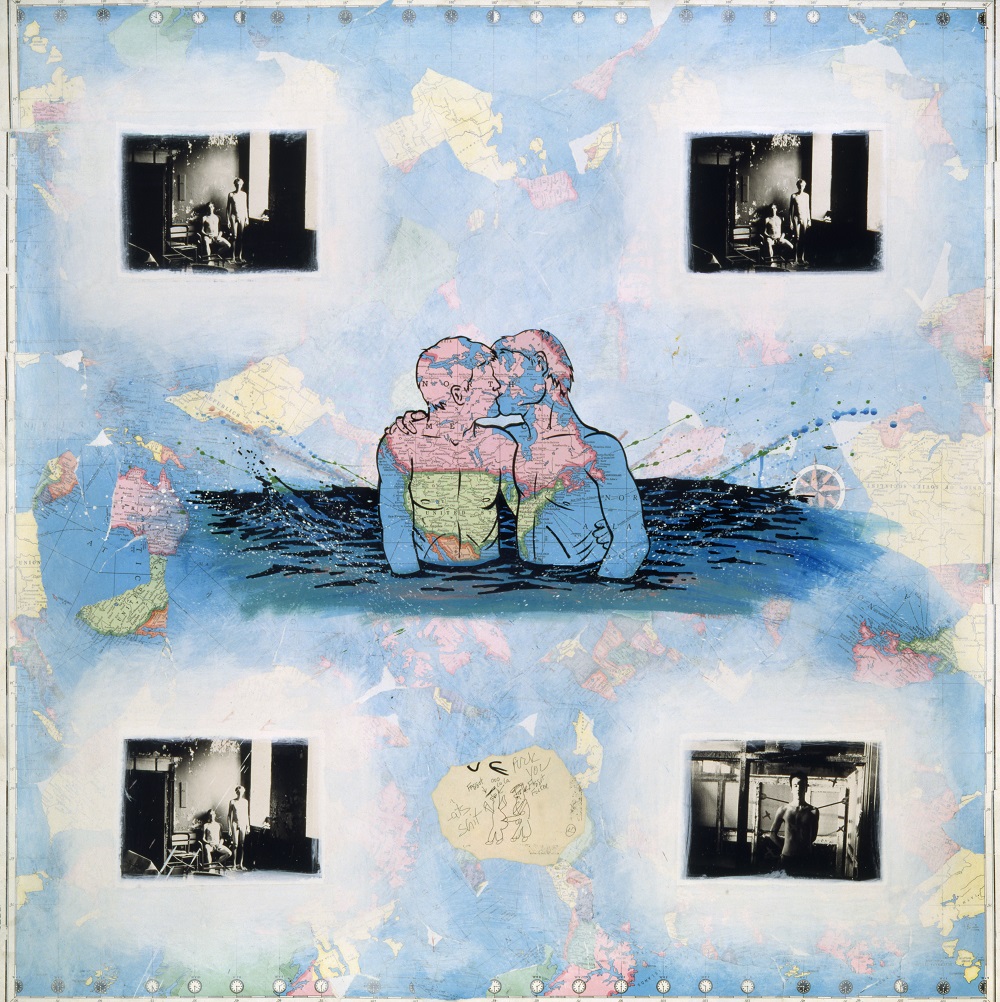 Although he never quite achieved the lasting art-world immortality like that of contemporaries Jean-Michel Basquiat and Keith Haring, David Wojnarowicz, who died of AIDS in 1992 at the age of 37, obsessively chronicled his life as an East Village multimedia artist. In doing so, he left behind a veritable treasure trove of autobiographical minutiae: rambling tape recordings of his thoughts and musings, answering machine messages, letters, various and sundry tell-tale found objects, and art. Always art. A painter and performance artist who also made films, photos, and installations, wrote books, played avant-punk music, and created sprawling canvases chockablock with furious recurring images of flaming houses, fighter jets, soldiers, and other bits of his artistic iconography, Wojnarowicz seems to have known his time on earth would be short and spent his life spewing art like a Lower East Side fire hydrant drenching giddy kids on a sweltering summer day.

That vast and wild archive is now laced together as incendiary biographical documentary Wojnarowicz: F**k You F*ggot F**cker. His childhood and teenage years were brutal. His father was a drunk ex-Merchant Marine who regularly got trashed and beat him and his mother Delores with everything from his formidable fists to two-by-fours. Dolores eventually fled the abuse, taking David with her to Hell’s Kitchen, but the angry young man took to the genuinely mean, pre-gentrified streets of Mayor Ed Koch-era NYC, surviving as a street hustler in Times Square while honing his increasingly radical art. He was also becoming more overtly political as President Reagan ignored the growing, global AIDS pandemic and George Bush cronies like Jesse Helms savaged queer artists like Robert Mapplethorpe, the emerging East Village art scene, and homosexuality in general.

That only served to amp up Wojnarowicz’s incendiary imagery and constant output and he began to gain recognition in the city’s ever-fickle art world, eventually exhibiting his work at places like the Ground Zero Gallery in NY and, later on, Gracie Mansion. His coterie of friends grew to include the likes of photographer/activist Nan Goldin, Fran Lebowitz, and John Waters. In 1989 his longtime partner and fellow Act Up activist Peter Hujar was diagnosed with AIDS and died within the year, devastating Wojnarowicz, who unknowingly was by that time also infected.

McKim’s documentary is as jangly and urgent as its subject and his art, and it packs a melancholy wallop, using the artist’s own running commentary via cassette tape (there were two hundred hours of it) and layering it over snatches of Wojnarowicz’s Super 8 films, countless photographs, and recollections from those who were both there at the start of Wojnarowicz’s career and at the end of his life. The film’s title is taken from a scrap of paper he found on the street featuring a crude homophobic drawing and those four fucked-up words, which he later incorporated into one of his most arresting multimedia provocations. As McKim’s doc points out, that ugly sentiment is still with us, but then so are Wojnarowicz’s rage-fueled, hyperpolitical, queer to the bone artworks, a definite boon in our dangerous times.