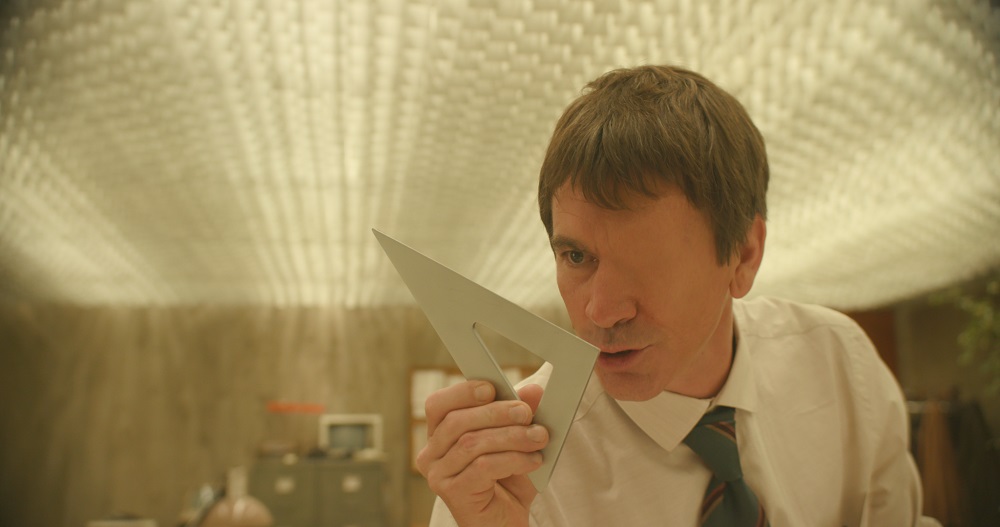 Keep an Eye Out

Sooner or later, it may get to the point where the most radical move that filmmaker/prankster Quentin Dupieux could deliver would be a straight-up formalist narrative, an about face from the meta wormholes he fashions. Thankfully, we are not there yet, but one could argue that 2018’s Keep an Eye Out (finally getting a proper stateside release after its 2018 release in France) is one of his more accessible films. That is not to say it isn’t filled with Dupieux’s constant and playful testing of the thematic dimensions on the nature of film itself. His trademark pretzel logic is front and center, but subdued in the service of a shaggy dog police procedural. It’s the most satisfyingly funny film he’s made so far in his career.

"This is so pedestrian, it’s just a totally boring chain of events," laments chief inspector Buron (Poelvoorde). He has brought in Fugain (Ludig), for questioning regarding a body that Fugain has found outside of his apartment complex. As Buron exhaustively interrogates Fugain to explain how he made seven trips to and from his apartment before discovering the body, Dupieux introduces a number of complications that derail the investigation. There’s Phillipe, the chief inspector’s one-eyed co-worker, a dim bulb who is quite fond of his badge. There’s Buron’s obsession with parsing out the quotidian details of Fugain’s story and linguistic hijinks involving not just the film’s title, but also the banal overuse of the word “actually” after every sentence (or more precisely, “c'est pour ça”), innovative methods of consuming oysters, and the dangers of walking around with a protractor. It all arrives at a rewarding crescendo befitting for a film that begins with a maestro conducting an orchestra in his underwear.

As with Dupieux’s best films (Reality, Deerskin), the clever absurdity is grounded with excellent performances. Benoît Poelvoorde, perhaps eternally known for Man Bites Dog, gives a brilliant spin on the archetype of the quirky detective and Grégoire Ludig’s beleaguered and ill-fated Fugain is his perfect counterpoint. If you are unfamiliar with Dupieux’s cinema of meta shenanigans, Keep an Eye Out serves as a solid starting point. For those already indoctrinated, it’s another welcome dispatch from cinema’s premier purveyor of perplexing paradoxes. 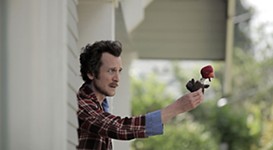 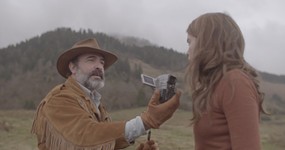