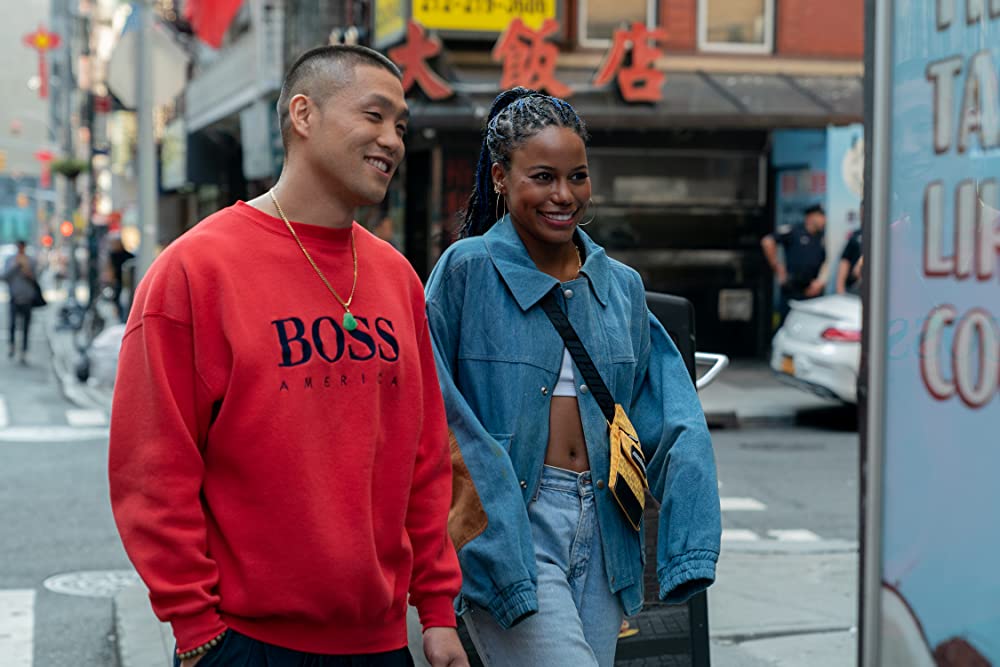 "They fuck you up, your mum and dad. They may not mean to, but they do. They fill you with the faults they had. And add some extra, just for you." Philip Larkin's "This Be The Verse" sums up much of high school basketball drama Boogie, as surly basketball prodigy Alfred “Boogie” Chin (Takahashi) tries to navigate the rival influences of his parents' dreams and his own ambitions.

Living in Queens, his migrant parents have always worried about how their stars will cross over their lineage. Boogie begins with a literal reading of the tea leaves, as Mr. and Mrs. Chin (Yung and Chee) fear what will become of their son while he's still in the womb. Their clashing birth signs are used as a warning by a fortune teller in the opening scene, who tells them they can either clash or love, and those instincts will be embodied in their boy – and are they ever. They've sent Boogie to the best school they can for a chance for his on-court skills to get him picked up by the NBA. Unfortunately for them, his arrogance, loud mouth, and consistent back-talking to any authority figure proves there's no 'i' in team, and no team for him.

Proving that a protagonist can be deeply antagonizing, Takahashi catches how incredibly obnoxious and arrogant a 17-year-old athlete with a chip on his shoulder can be – so much so that it's often hard to find any sympathy for him. That's a long way from a criticism, as his depiction of a young man trying to square so many circles in his life is what powers Boogie through. His clash with rival player Monk (the late Jackson, aka rapper Pop Smoke), his tempestuous relationship with his girlfriend, Eleanor (Paige), and the push-and-pull of his parents give him justification for being a brat, but not that much of a brat.

The basketball coming-of-age drama is a subgenre in its own right, and first-time director Huang (author of the memoir behind ABC's Fresh Off the Boat) is rightly ambitious in tackling not simply what it means to be Asian American, but to grow up Asian American in a predominantly African American milieu. There's a tension in Monk's hurling of racial epithets at Boogie, leaving the audience wondering where smack talk ends and actual bigotry begins. At the same time, Huang (who has been criticized in the past for mimicking rap culture) quietly points at Black American appreciation/appropriation of Asian culture with nothing more complicated than a well-positioned but significant Wu-Tang sweater. Meanwhile, just as Boogie tries to balance his mother and father within him, so goes his quiet discussion of what it means to be Asian American. In his brittle, brutal inner struggles, he navigates the perpetual challenge of being a second-generation migrant, questioning whether his identity is a fusion of two cultures, a battle between them, something distinct, or simply a meaningless tag.

In tackling these huge questions, Huang aims for understatement. There are few moments of cliched drama, of home life blowups or mid-game fights. Instead, Boogie's self-destructive tendencies are on a more real-world scale: It's not that he's not good enough to play, but that his cockiness is off-putting, and his constant struggle with the cultural baggage of being young, gifted, and Asian American only makes life harder. But Huang's understatement often seems flat. There's nothing visually distinctive about his depiction of diverse working class NYC, and major events bubble up with surprisingly little impact. With so much on the line, Boogie just sort of dribbles to nothingness.