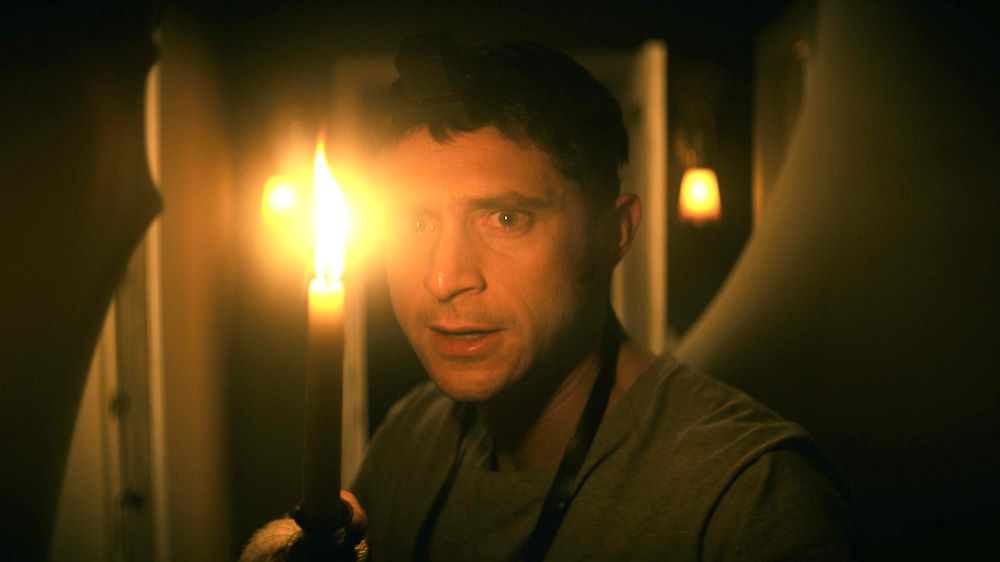 In recent years, Brooklyn’s Hasidic Jews have become a source of inspiration for journalists and filmmakers alike. One of Us – a film that followed three ex-Hasidic Jews as they adjusted to a secular lifestyle – was named one of the best documentaries of 2017 for its unflinching examination of this closed community. Now the same community has become the setting for The Vigil, an early contender for one of 2021’s best horror films.

After leaving Brooklyn’s Orthodox Jewish community for unspecific reasons, Yakov (Davis) finds himself struggling in the secular world. Unable to find work – and forced to choose between food and medication – Yakov is desperate for ways to earn a little extra cash. So when a member of his former community offers to pay him to be a shomer or guardian, and sit vigil for the Litvak family, he reluctantly agrees. Soon, Yakov learns that an evil spirit named a mazzik has been freed by the death of Mr. Litvak and is now in search of its next host.

Horror often works best at the intersection of the modern and the historical, unleashing archaic fears into a society that has forgotten how to respect them. The Vigil is no exception. Yakov is a man caught between worlds; his inability to integrate into either secular or religious society makes him as easy a target for the mazzik as the personal tragedy he works to overcome. Given the limited space available to the filmmakers – most of the movie takes place in a single kitchen and living room – Yakov’s emotional (and spiritual) imbalance goes a long way toward selling the power of the demon.

Which is not to suggest that The Vigil is lacking in its use of setting. What Thomas and his crew accomplish in a Brooklyn brownstone’s cramped quarters is nothing short of miraculous. Elongated by the camera lens, the Litvaks’ home seems to expand to fit the mental state of its inhabitant. Cinematographer Zach Kuperstein often frames Yakov off-center or in the corner of the screen, carving out space for the film’s infrequent – but essential – text message typography. This makes The Vigil feel simultaneously cramped and hollow, a spatial tension that mirrors the religious conflict at the heart of the film.

Surprisingly, technology plays a vital role in The Vigil. As someone new to the comforts of the modern world – in the opening scene, he jokes about recently discovering that his phone is also a flashlight – Yakov is the perfect foil for a series of audiovisual scares. The way the mazzik tortures him with his cellphone might raise questions for those looking to understand the “rules” of this movie monster, but Thomas understands how to let his character’s naiveté do the heavy lifting. His desperation allows a familiar scare to take on a new edge.

As Yakov prepares for his final confrontation with the mazzik – wrapping his arms in retzuot, the thin leather straps meant to symbolize his physical connection to the spiritual world – The Vigil takes a step beyond the confines of many religious-themed horror films. Like the demon that haunts Yakov, those films are damned to look backward, trapping their characters in the darkness of their pasts. It dares to look forward, finding a future for Yakov that merges his two identities – religious and secular – and suggests a path back into the light.