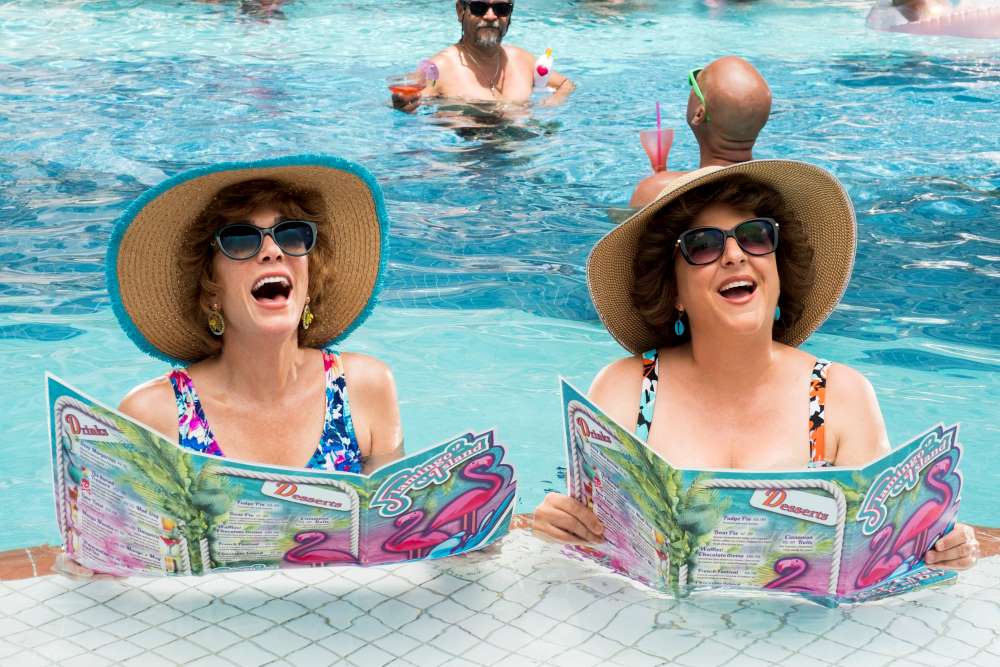 When you’re a pair of fortysomethings who have just been laid off their jobs, the beaches of Florida can be pretty tempting. So begins the story of Barb (Mumolo) and Star (Wiig), a widower and divorcee who had previously consigned themselves to a quiet life of companionship. As luck would have it, their decision to visit Vista Del Mar coincides with the plans of an evil overlord (also Wiig) to wreak vengeance against the vacation destination. Her plan? Send her henchman Edgar (Dornan) to the beach to launch a secret weapon that will ensure the deaths of thousands.

If Barb & Star feels something like a female spin on a Will Ferrell comedy, that’s probably because it is. In 2015, producer Jessica Elbaum launched Gloria Sanchez Productions, an offshoot of Ferrell and Adam McKay’s Gary Sanchez Productions. Their latest feature feels of a piece with McKay’s comedies Step Brothers and The Other Guys, blending humor, absurdity, and the occasional musical number to great effect. This is a film where Richard Cheese – yes, that Richard Cheese – pops in more than once as the profane lobby musician, and if that joke works for you, a lot more probably will, too.

As with any Gloria or Gary Sanchez Production, much of the comedy can be hit-or-miss. We certainly expect a film like Barb & Star to break the fourth wall early and often, and there are moments of meta-comedy throughout the film that unfortunately fall flat. Jokes about a talking crustacean named Morgan Freemond – note the extra letter – or the occasional cutaway to Yo-Yo (Doi), the film’s diminutive assassin, sometimes cause the script to succumb to the exaggerated character work of Wiig’s least-funny Saturday Night Live sketches.

But the difference between a good comedy and a bad comedy is often its intended audience, and Wiig and Mumolo seem content to write for themselves and let the audience join where it may. Barb and Star are utterly charming characters – well-meaning, a little sheltered, but genuinely enthusiastic about their adventures – and the film works best when we are just asked to sit and listen. In one sequence, they discuss their shared appreciation for the name Trish over an entire cross-country flight, and it’s all so sweet and silly that it just works, damnit.

Had the creative team sharpened the focus just a little – and perhaps cast someone a bit more charismatic than, well, whatever it is that Dornan is doing – there’s a chance Barb & Star could’ve been a Popstar-esque revelation for these characters. As it stands, though, Wiig and Mumolo have crafted a cute little comedy that seems destined to be a cult classic for a lot of moviegoers. Don’t be surprised if a lot of folks fall in love with the film in the months to come. 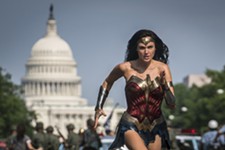