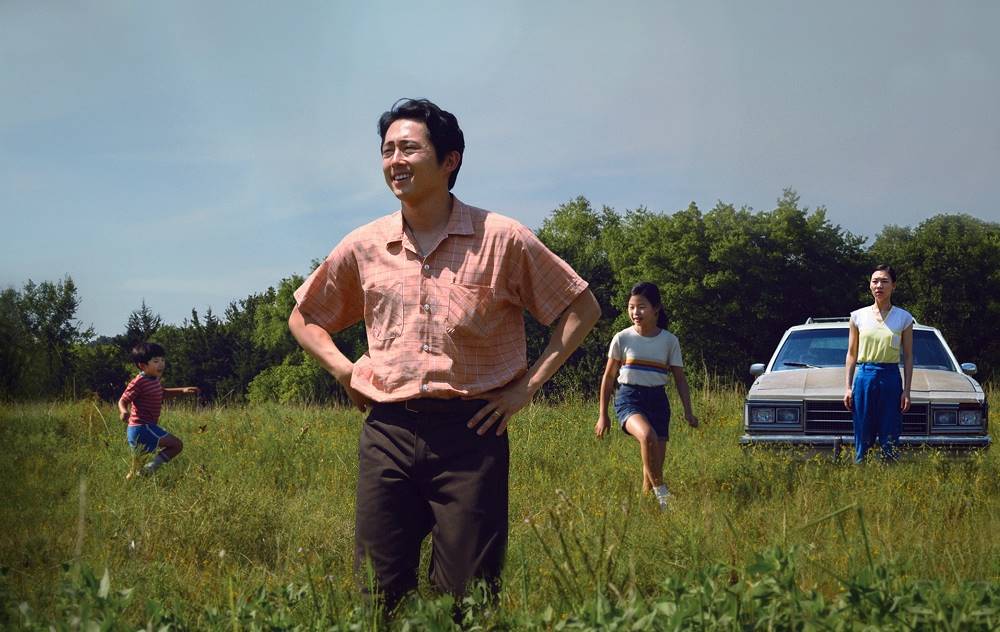 There's a moment in Minari, the sublime and soulful semiautobiographical drama from Lee Isaac Chung, that epitomizes its compassionate and insightful approach to all its characters. Jacob (Yeun) comes in from laboring on his Reagan-era Arkansas homestead. He has to ask his wife to help him take his shirt off and wash him, because he can't raise his arms above his shoulders. The network of scratches and scars on his forearms aren't what bother him – they're just part and parcel of a day in the field – but not being able to move his arms means he can't work tomorrow. His wife, Monica (Han), helps. Of course she does. Because while they may have argued about the decision to move there, it is their life now.

It would have been easy for Chung to make the patriarch of the Yin family seem like an oblivious bully. After all, he dragged the family from California (where he had a decent job as a chicken sexer), to the middle of nowhere, where he's still working as a chicken sexer to pay the water bills on his farm because the irrigation well has run dry. His actions seemingly ignored the needs of Monica, who has no friends here, or their daughter, Anne (Cho), who is becoming a teenager in this nowhere town, or young son David (Kim, Chung's proxy), whose heart murmur means he should keep them closer to a big city and better hospitals. Yet these drivers are not contradictory. They are the complexities of life, one in which Jacob wants to finally succeed at something for his kids.

It's a good thing Chung isn't judgmental of his onscreen family, since David is quite the brat. When Monica's mother (Youn, a rude and funny joy) finally comes to live with them, he makes her life hell: But since he's six, she simply finds his outbursts adorable. Those are moments of comedy intertwined with stresses and tragedies so seamlessly that there is no distinction. Just as Jacob's toils are summed up in his work wounds, so his dismissive yet thankful approach to the locals is in how he rolls his eyes in an appreciative way at Paul (Patton in an amazing balancing act between overblown and sensitive), the evangelical farm hand with whom he has more in common than he first admits.

That's the nuanced naturalism that makes Minari so captivating, so intimate: It doesn't tell a complicated story, instead letting the roots and branches of its family drama grow and become entwined with the audience's own stories. It's easy to associate with Minari as a family drama, or a story of immigration, or of growing up, or of having kids, or as a farming story, because it is all of those things at the same time. By eschewing big emotional moments (often by viewing them through the eyes of characters that grasp them least, or with an absurdist twist), Chung never falls into manipulative melodrama, instead making the viewer another member of the family. There are scenes in which the camera has to wait in the corridor because the rooms in their single wide are too small for three adults, leading to a breath of relief when the POV shifts into the shared space: That's how profoundly Minari brings the audience into the story.