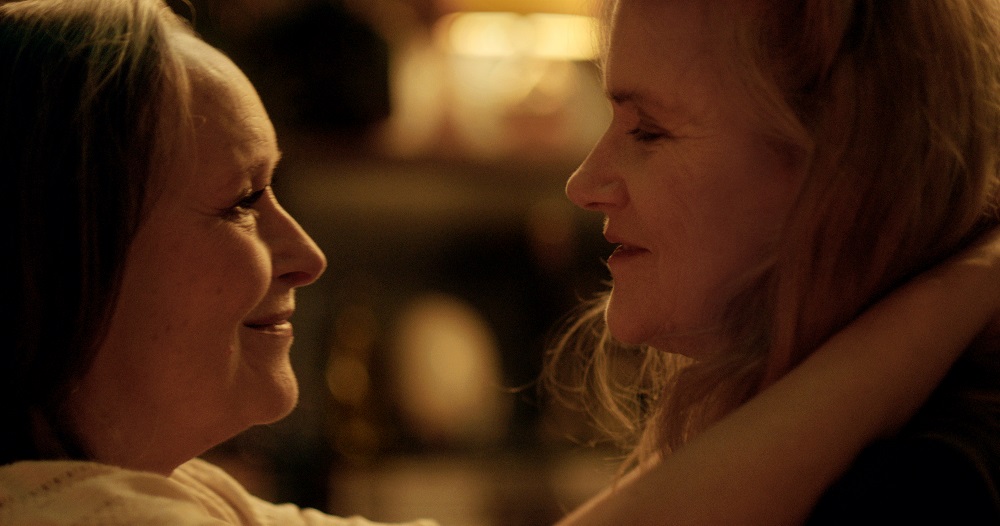 Threatening curls of smoke peel from the stove, though no one’s around to see the onions burn. The furniture has toppled and the money’s gone, but there aren’t any witnesses – or at least, the camera isn’t one of them. Two of Us traverses familiar beats about caring for elderly and disabled loved ones, romance impeded by unclear boundaries, and coming out to family members who may reject you. But by encasing those narratives in such genuine characters and shooting them with compassion and subtlety, Filippo Meneghetti’s feature debut imbues a painful story with necessary warmth.

Madeleine (Chevallier) and Nina (Sukowa) are a pair of old lesbians who have loved each other madly for decades. They’re across-the-hall neighbors with keys to each other’s apartments, healthy savings accounts, and need for no one besides each other. Still, Madeleine has never confessed the truth of her life to her adult children, whose father passed away long ago. The secrecy didn’t matter when the lovers were younger, but as they near their plans of retiring to Italy together, Nina puts the pressure on. The stress gets to Madeleine. She has a stroke and loses her ability to speak, and Nina loses access as Madeleine’s daughter steps in to care for her.

Traumatic coming-out films aren’t new, and neither are films about disputing how to care for an aging parent. But Meneghetti takes care to navigate the tropes so that Madeleine and Nina are more than just symbols. Madeleine fears her children’s reaction to her sexuality, but the fact of her financial independence removes material concerns from the equation. Her children aren’t portrayed as bigots either: Madeleine’s apprehension comes from shared baggage the family holds regarding her late husband. These complications explore nuances of queer adulthood rarely seen on screen. How much explanation do you owe your closest kin when you have to change what they thought they knew?

The continued burden of secrecy is brutal as Nina fights to stay in Madeleine’s life, but Two of Us still locates joy within it all. When Madeleine becomes disabled, she isn’t lost as a character. Instead, the film explores how she retains her agency. The camera implies her trauma rather than visualizing it, gazing instead at the depth of Madeleine and Nina’s love. They are stubborn and strong, sexual and sensitive. They’re two old women with far-flung dreams. It’s a romance as dreamy as any. 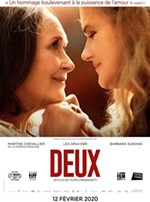