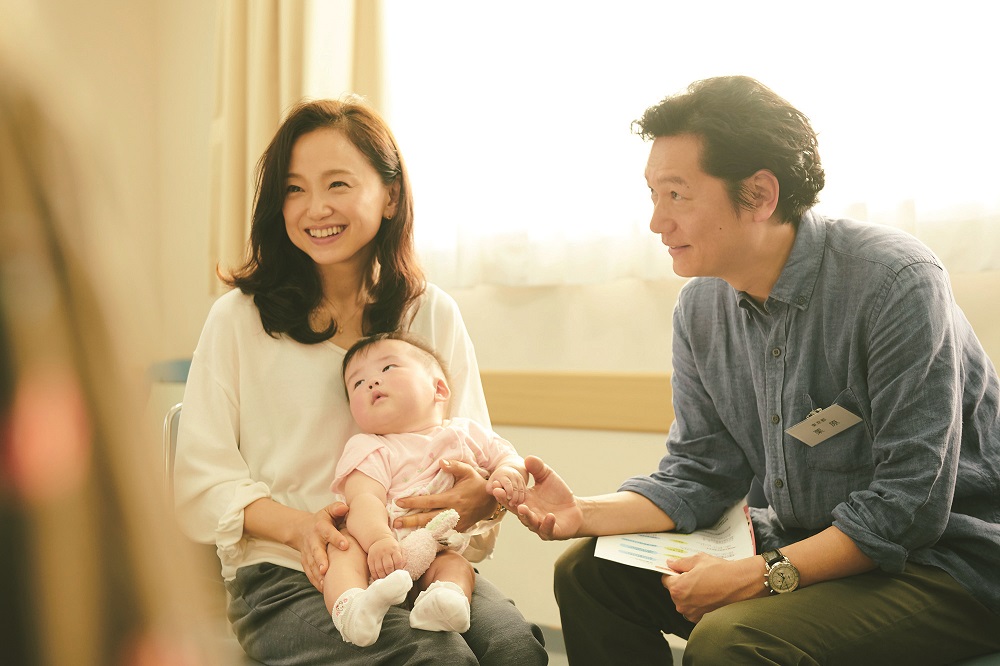 Japanese director Naomi Kawase loves to make films about those who are often overlooked: an older woman who once suffered from leprosy in Sweet Bean; a photographer who is losing his eyesight in Radiance; and now, her latest film, True Mothers, is about teenagers who become pregnant, and the families who cannot have their own children and end up adopting.

Her films are optimistic. Drenched in sunlight that peeks through soft, green leaves, True Mothers is a delicate film. Adapted from Mizuki Tsujimura's 2015 novel, Asa ga Kuru, the film unfolds at a leisurely pace, carefully giving each character ample time on screen so each of their voices are fully heard. Kawase is not interested in villainizing anyone, but sees the kind, bright nature of humanity. Even through their faults, her characters just want to be good to each other. In some films where the adoptive parents are not interested in sharing their child with their birth mom, the Kujihara family wants the memory of their son’s mother to be cherished, remembered.

The adoption organization the Kurihara family ends up going to has one rule: to tell the kids they take in as their own before kindergarten that they were adopted. In the case of Asato Kurihara (Satō), his mother was a young girl, Katakura (Makita), who is just 14 years old. In a similar spirit to Eliza Hittman’s Never Rarely Sometimes Always, Kawase doesn’t view teen pregnancy through a lens of harsh judgment and cruelty, but rather one of tenderness and understanding. Makita plays Katakura with such depth, and it’s aching to watch her character go from naive to broken. Her posture changes as True Mothers progresses, and the girl who once confidently accepted to go on a date with a cute boy turns into a young women who hovers over cigarettes shadowed by trees when that same boy walks by her.

Kawase’s fault is her dedication to the source material, and there are moments True Mothers begins to feel its length. At a birthday party for one of the pregnant women Katakura is staying with at the adoption agency, Baby Baton, Kawase lingers on the forgotten young women who turn to sex work when kicked out of their family homes. It’s an added layer that feels a note too preachy, almost too sugary in its sweetness.

The longer it goes, the more True Mothers gets weighed down by its melodrama. Kawase is just hopeful and soft enough to keep her film glowing, but it doesn’t quite stick the landing, and is a bit frustrating with its blatant red herrings. Nonetheless, Kawase’s ability to find purity in even the murkiest of situations is marvelous. Her sensibility that humans are genuinely good is touching, even in the cheesiest of cinematic situations. Her ability to hold back when most directors would go big with swelling scores and boisterous tears is admirable, and gives her characters the respect they deserve. While True Mothers is not Kawase’s tightest feature, it’s the swollen sense of love for her underdog stories that makes them so enchanting.