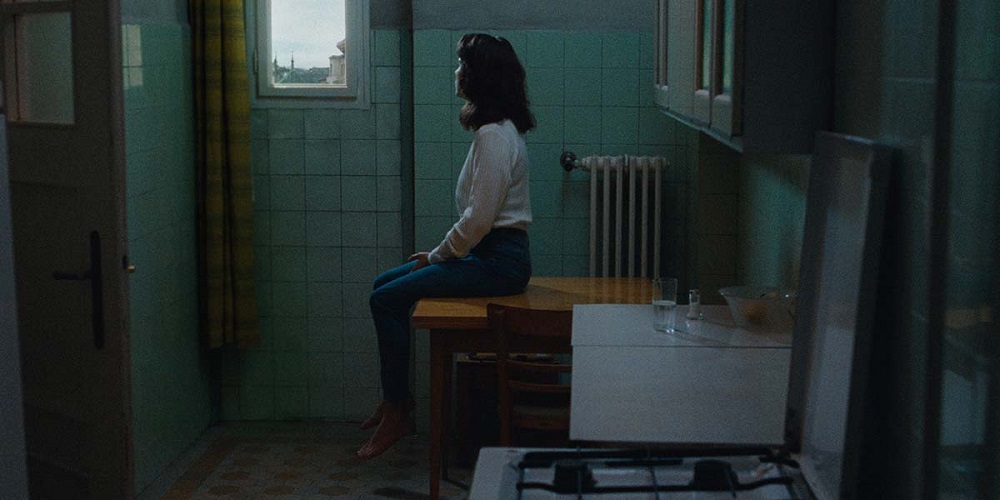 Preparations to Be Together for an Unknown Period of Time

Most of us don’t stop to consider that our thoughts boil down to electrochemistry. Charged signals flow effortlessly through neurons across axons to synapses and more neurons, and in mere milliseconds, you have understood this sentence. But what happens if those electrical signals don’t quite fit with reality? That’s the teased-out theme in Hungarian writer/director Lili Horvát’s Preparations to be Together for an Unknown Period of Time, an elliptical romance between two neurosurgeons set in the cool gray and blues of a Budapest winter.

Márta (Stork) has spent two decades in New Jersey in residence at an elite clinic. A gifted neurosurgeon, she met János (Bodó) at a medical conference in New York City. The two hit it off, and agree to meet, months later, on the Pest side of the Liberty Bridge, the Danube river coursing coldly below. At least, that’s what Márta thinks has happened. When János fails to arrive for their rendezvous, Márta tracks him down at the hospital he works at. Waiting for him to leave, she confronts him in the parking lot, but he has no idea who she is. This causes Márta to first drop unconscious onto the pavement, and, subsequently, to secure a job at János’ hospital, rent a drab apartment, start seeing a psychiatrist (Tóth), and begin stalking János. On the internet, she keeps returning to photographs taken at the conference, photographs of him, but also photographs of them together in the same shot: both seated at a lecture, he attentively listening, but her gaze locked on him. At the psychiatrist’s office, she muses that she once had strong and vivid memories of having a dog as a young girl, when in fact, her family had a cat. Perhaps, in her loneliness, she has created an entire world in her head, every detail of her relationship with János, because it was something she wanted so badly to have, and she lost herself in it.

After sitting in as a consultant on a delicate surgical procedure that Márta skillfully executes, the two begin a strange and oddly affecting pas de deux, briefly hindered by the son of a patient’s advances towards her. Márta only has eyes for János, and the viewer, in turn, can’t help but only have eyes for Márta. Natasha Stork’s performance is the anchor here, one that is beguiling in its Sphinx-like unreadability. Every slight emotional tell she conveys is another chance to discover a signpost as to what, exactly, is happening here. But Horvát is more interested in examining a specific, cryptic state of mind of someone who literally has the ability to alter it with her surgical implements. The film is reminiscent of works by Krzysztof Kieślowski and Claire Denis, and the noir-tinged cinematography by Róbert Maly adds much to the mystery. Preparations successfully trades narrative authority for a more provisional path, and much like its main character, remains wholly enigmatic.