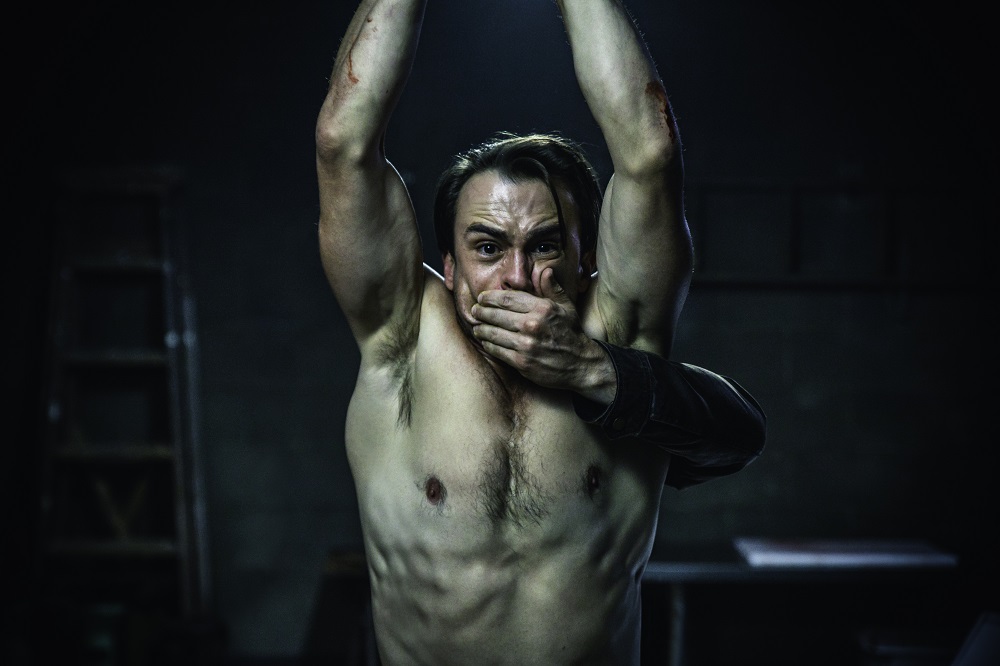 What is love? Is it a cosmic spell? A union of souls? Or that special moment when you met someone who has been through the same insanity as you have, and come out the other side with a matching kind of damage?

It's what brings Alia (Fraser) and Rex (O'Toole) together. She's the sane daughter of a family of deranged cannibals in rural Finland, he's the latest lunch special that the family has got tied up in the basement. Only Rex is a little different to the usual hapless tourist that they lure in, dispatch, and then carve up for cold cuts. Ya see, American veteran and ex-con Rex has washed up in Finland after spitballing a plan: literally. He launched a spitball at the map on the wall of his prison cell, and it hit Finland. Why is he in prison? You could say it's because he wanted to play hero in a bank robbery that went awry. Or you could say that's because of Rex, the voice in his head with which he has regular, sometimes combative conversations.

Part stylized crime flick, part modern fairytale horror, it's an odd but deliciously wicked turn from Australian director Grierson. After Austin Film Festival 2018 boxing drama Tiger, he's ricocheted into a realm of scarcely-controlled mayhem that could have easily disappeared into the realm of new European gore. What stops it from falling into that grisly pit are two vital elements: O'Toole and, well, O'Toole. The double act of 'good' Rex and the, a-hem, 'more pragmatic' Rex is an absolute scream, with the incapacitated 'hero' taking constant sniping commentary from his hyper-violent muse. They bicker and banter, with the tied-up Rex trying to get out alive and the other guy written as a mixture of Rizzo to his Joe Buck, Rizzo the Rat to his Gonzo, Ernie to his Burt, and Kato to his Green Hornet. Add in Brad Shield's kinetic camerawork over Robert Benjamin's snarky dialogue, and layer it with Brian Cacha's twisted merry-go-round broke down for a nasty little treat that's smart about being dumb.

Bloody Hell is blissfully, absurdly over-the-top, but in a twistedly charming way. Its brand of ultra-violence and stylish back-and-forth narrative screams "early Tarantino wannabe," while the . If anything, it's like sopmeone made a movie out of a Faith No More song, with that signature sleazy earnestness and hyperbolic silliness. It's undoubtedly gruesome, with a flair for grisly effects that use up every definition of the noun and verb "gag." Yet, at the same time, it's a ridiculous romance between two crazy kids in a crazy world. Also a nail gun.

It's delightfully frightful fun, a fine addition to the venerable and febrile tradition of Australian comedy-horror: For all its Finnish location, it was actually shot on the Gold Coast with an Australian cast, making its lampooning of the current wave of middle European dark-hearted and meanspirited gore both a surprise in its choice and a unexpected giggly success.

Bloody Hell is in theaters and available on VOD now. 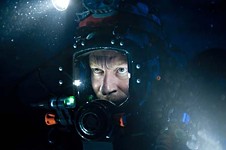 Sanctum
When spelunkers rappel into a remote cave and get trapped by storm runoff, the plot and dialogue become as soggy as the characters.