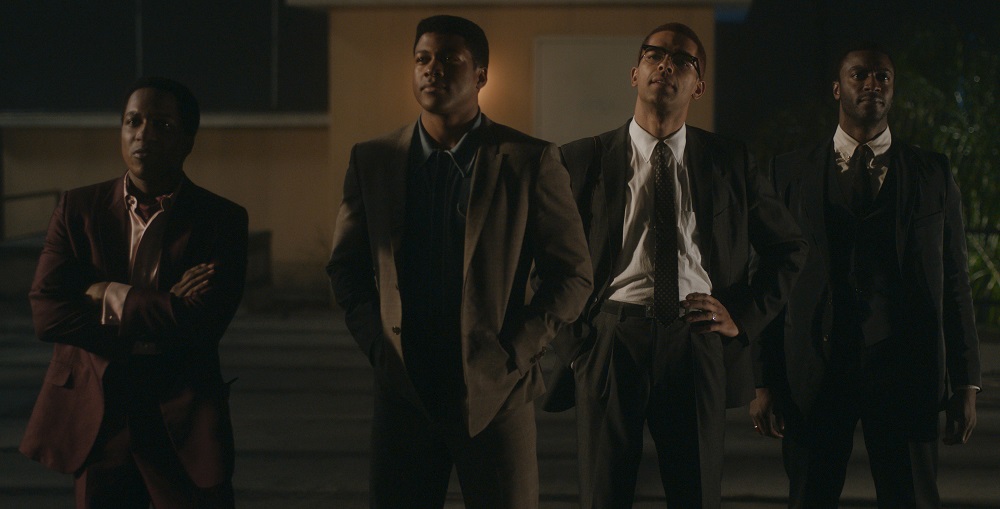 One Night in Miami begins with a jaunty plunking of the piano under a series of cartoonish jeers and jokes from Muhammad Ali (Goree), then still called Cassius Clay. He hops through the boxing ring, confident of a win he hasn’t yet clinched, before a punch to the face lands him flat on his rear, wide-eyed and defeated.