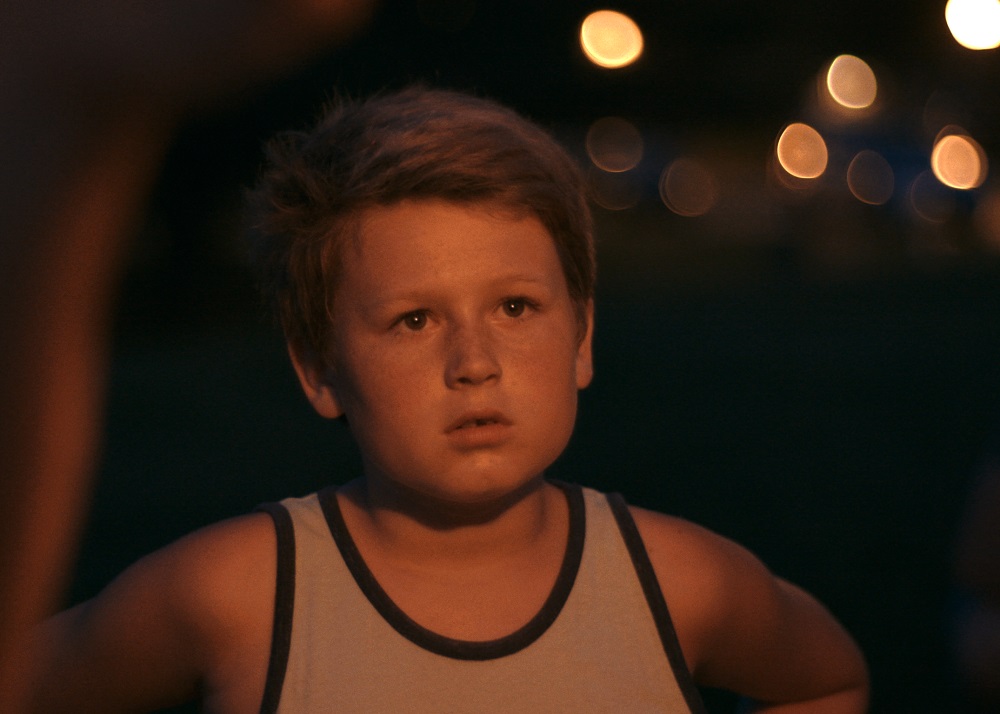 Beautiful Something Left Behind

Winner of the 2020 SXSW Grand Jury Prize for Best Documentary under its original title of An Elephant in the Room, on first viewing one thinks that this is possibly not the best season of sorrow to release a documentary about children ages 5-10 coping with grief, trauma, loss, and death. Then again, with countless kids suddenly bereft of loved ones amidst a global pandemic that knows no mercy and draws no quarter, perhaps this is exactly the right moment for this admittedly heart-wrenching and on occasion outright exhausting examination of human mortality as viewed through the eyes of the very young. (The film was shot before the advent of the Novel Coronavirus 19.)

Danish director Philps focuses her lens on the Good Grief community, a Morristown, N.J. group that helps shattered pre-teens work through their emotions – incomprehension, rage, depression, outright despondency – over the course of a year. Six children in particular: Jimmy, Nicky, Nora, Peter Mikayla, and Nolan. Group therapy sessions and various other, often ingenious, methods of pediatric psychological tonics are shepherded by adult counselors and the occasional relative, who by appalling default are simultaneously dealing with their own turbulent emotions.

The missing, the dead, each went in their own way, some more incomprehensible to the kids than others: car crash, illness, suicide. But through it all Philps keeps her camera low the better to represent the children’s as-yet-unformed POV, both literally and emotionally. And yet these devastated young people are sometimes surprisingly resilient, as in a moment when a little boy asks his sister what she wants for Christmas and she matter-of-factly answers “A pony!” to which he responds “You’re never gonna get it. You got a saddle. You got a picture of a saddle.” Harumph! She then turns the tables on him and ask what he would like. “A passport. So I can go anywhere in the world.”

Nora and her brother are seen exploring the woods at one point. They stop to pick up a pair of fallen branches and immediately, in tandem, pick them up and begin to smash them against a tree, battering it into bits of broken bark while shouting “A terrible way to die, this is a terrible way to die.” And yet for all the frenzied pain, these kids, some withdrawn, some verging on tantrum-outrage, turn out to be most empathetic with each other. Hugs, tears, “Do you want go outside and talk about it?” from one kid to another, and another. Lest this review strike far too grim a chord, Philps ends her documentary on a note of hope as the members of Good Grief gather for a Chinese sky lantern ceremony to memorialize those who have ascended before them, warm yellow flames rising in the communal darkness, turning the night sky, firefly-like, into a canopy of memory and moving forward.

Beautiful Something Left Behind is available now as a virtual cinema release.

Marc Savlov's Top 10 of 2020 in Film
"No cinematography necessary"

Beautiful Something Left Behind, Katrine Philps