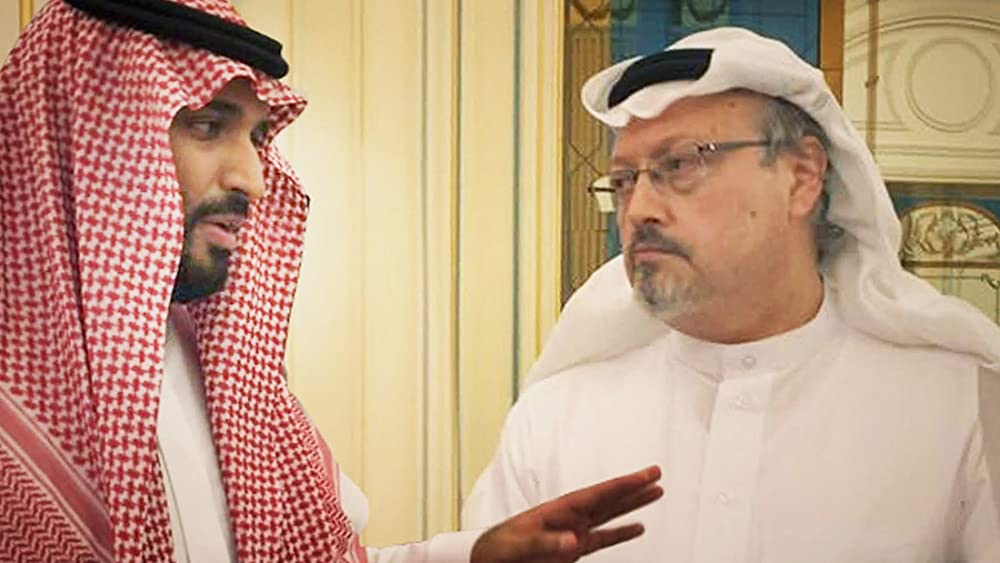 When Bryan Fogel stumbled across the dicey world of doping in spots, it was a luck of the draw. His Oscar-winning documentary Icarus spun a web of thrilling documentary investigation, made even more exciting that Fogel seemingly had no idea what he was uncovering at the time.

Now, after The Dissident, it seems like Icarus was just an extremely lucky find. His latest film covers the assassination of Jamal Khashoggi, the Washington Post journalist who disappeared after he visited Saudi Arabia’s consulate in Istanbul. A well-documented case against the Saudi government, The Dissident is a thick documentary that lays out everything leading up to the event, a thorough investigation for those unfamiliar with the late Khashoggi, but a stiff sit-through for those who keep up with the news.

Middle Eastern politics are the bread and butter of the documentary world. It seems like eventually every modern documentarian looks there at some point in their career. The topic is constantly in public interest, therefore making it an easy monetary sell. It’s not a surprise after Fogel’s takedown of Russian Olympians, he decided to tackle another country that earns extremely divisive reactions from U.S. citizens.

The issue is not that The Dissident doesn’t cover a vital topic, or that it’s poorly made. It’s that Fogel didn’t have lightning strike twice: Where Icarus was a thrill ride, The Dissident is a long two hours. Mistakenly utilizing the same format he used in his previous film, Fogel sucks all the energy out of his political thriller of a documentary.

This isn’t to discount The Dissident’s powerful moments, and very real people who are mourning Khashoggi’s death. Hatice Cengiz, the woman who was engaged to Khashoggi before he went missing, is a harrowing presence. In a scene where she walks through their apartment that’s covered in volcanic ash from fingerprinting, she’s melancholy, but poised. Fogel and his team never push Cengiz to break down on camera as a cheap way to gain sympathy, because that’s not the kind of person Cengiz seems to be.

Thorough and competent, The Dissident works as an essential political documentary. It covers Khashoggi’s assassination in detail, and very clearly makes it known that Saudi Crown Prince Mohammed bin Salman is the one behind it. However, it’s certainly a step down for Fogel, and while its production is glossy and polished, the lack of inertia keeps The Dissident from reaching its full potential.