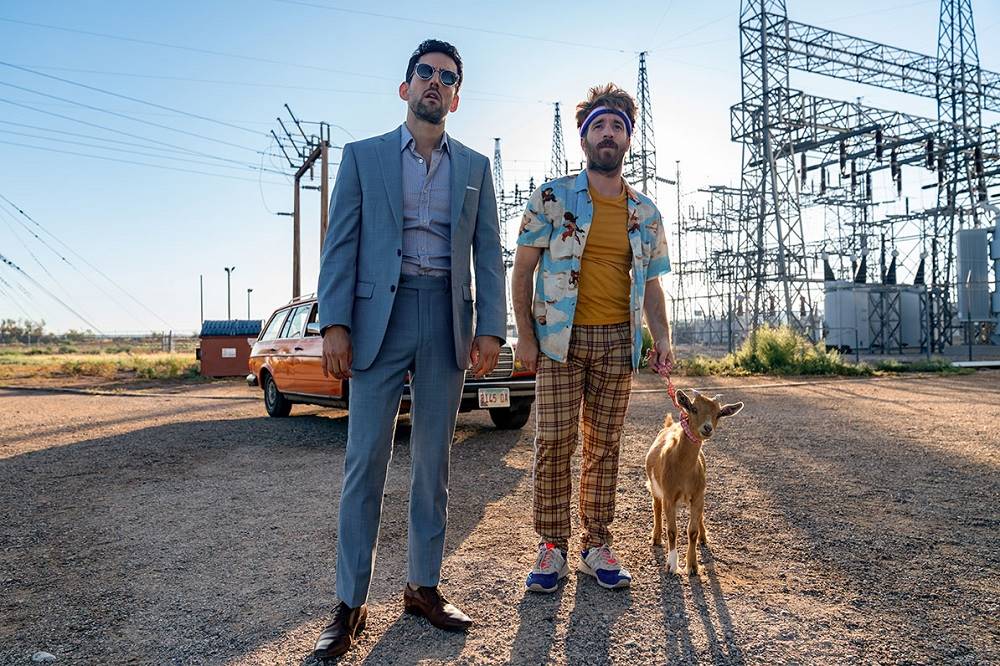 Dusting off that classic staple of comedy concepts, the “odd couple on a road trip,” Half Brothers works very hard to present itself as a zany adventure about the sacrifices parents make for their children and how the familial bonds of blood are the ones you can’t choose and abandonment makes the heart grow bitter, but all it takes is a journey of discovery to right all the wrongs and start life afresh. There are other motifs as well, such as all Americans being either drunk and violent racists or just entitled, blithely unaware racists (that checks out), but with way too many tonal shifts and a narrative that trades cohesion for caprice, the film feels like riding shotgun with a toddler attempting to drive a manual transmission.

Renato (Méndez) once had a loving relationship with his father, Flavio (Espinosa). The two were mischief-makers and best friends in idyllic San Miguel. But work dries up, and Flavio must head north to the States to provide for his family. Renato becomes an unempathetic stick-in-the-mud, who nevertheless is preparing to marry his girlfriend when he receives a call that his father lies on his deathbed and wishes to see him one last time. Renato reluctantly travels to Chicago and discovers that Flavio has been busy all these years, marrying again and fathering a son, Asher (Del Rio). With his last breath, he hands his sons an envelope containing the starting clue that will send the duo on a scavenger hunt to learn their father’s story. There it is, that’s the setup. Asher, by the way, is a kooky ne’er-do-well, an annoying free spirit. Why, what a perfect foil for Flavio’s uptight asshole. Lessons will surely be learned, secrets will undoubtedly be unearthed! But first, Asher must steal a goat as a traveling companion for them. (He misread a “Free Range Goats” billboard! Hilarious!)

And so it goes. The clues lead to various stops on father Flavio’s journey from Mexico to the USA, and boy, is it a bleak one. He secures employment and becomes successful, but he also endures beatings and robberies, has to pawn his wedding ring, gets picked up and incarcerated by Border Patrol, and is left for dead on the side of the road when he begins to get ill in prison. (Side note here: Not once in the entire film do the filmmakers say what exactly the disease is that Flavio had or subsequently died from.) The structure is thus: Brothers bicker while driving, brothers have tender moment, brothers have monkey wrench thrown into plans, brothers hear another harrowing chapter of their father’s story, brothers bicker while driving, etc. The filmmakers were at least savvy enough to include the goat, who offers something cute to cut to when a scene is going nowhere. When they finally get to the third-act playing of the DVD that papa previously recorded to speak to his sons from beyond the grave, the most pressing question (among so very many questions) is why Flavio would go to such elaborate lengths to devise this quest when he could have just, oh, I don’t know, reached out to his son prior to being mere moments away from his final fucking exit? “Certain things have to be seen from a different perspective,” imparts Flavio to his sons. For the banal Half Brothers, a beneficial perspective would be one of the “eyes shut” variety. 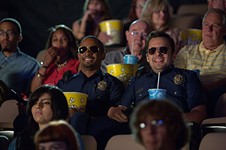 Something Borrowed
Kate Hudson and Ginnifer Goodwin co-star in this kicky portrait of narcissism unbridled.