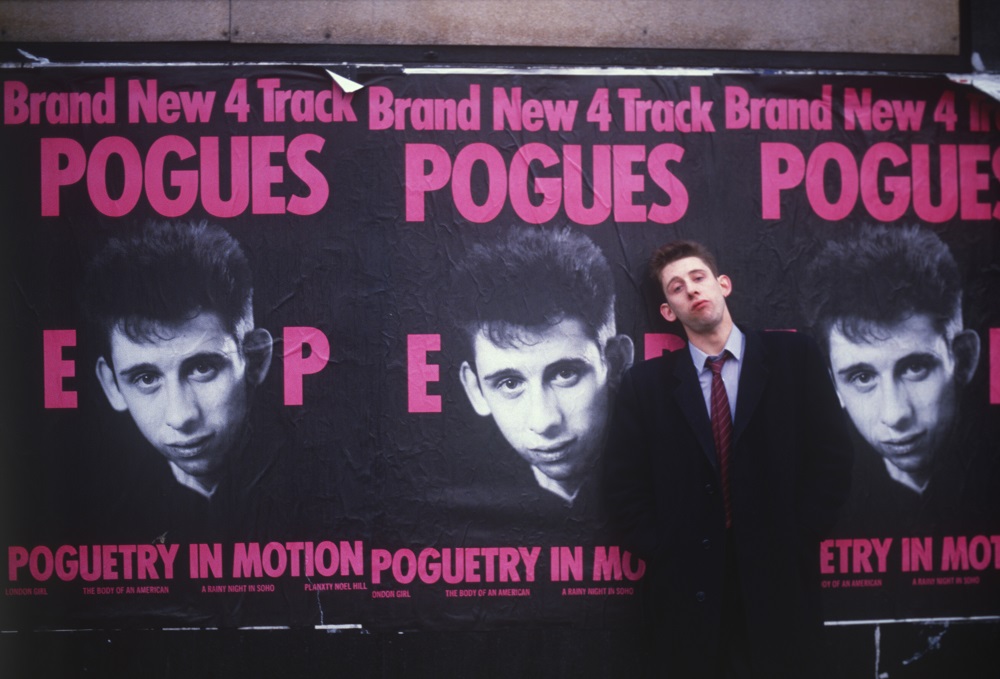 Crock of Gold: A Few Rounds With Shane MacGowan

“You want Paddy, I’ll give you fucking Paddy!” snarls Shane MacGowan – punk rocker, drunken poet/mystic, savior/popularizer of Irish music – approximately midway through biodoc Crock of Gold. The Pogues' leader rightfully seethed over the British stereotype of the besotted Irish lout. The IRA bombing campaign in London alienated a Britain already treating Irish immigrants as second class citizens. MacGowan, who’d scrawled “IRA” across his forehead as one of the Sex Pistols’ most visible fans, responded in kind: A punk band playing speedy-and-aggressive traditional Irish sounds, fronted by that threatened cartoon Paddy. He spat lyrics of drink, dissolution, Irish Republican politics, and being an outcast in London. It was a fuck-you to a British music scene awash with “some cunt and a guy with a synthesizer,” as he characterizes Eighties pop. He named his band an abbreviation of “pogue mahone” – Gaelic for “kiss my ass.”

Music video provocateur Julien Temple has become the leading documentarian of early Britpunk luminaries and their post-punk legacies, including the Pistols (The Filth and the Fury), the Clash (Joe Strummer: The Future is Unwritten), and Madness (Suggs: My Life Story), so he’s perfect for cinematically capturing MacGowan’s story. To loosen up a mercurial subject refusing any traditional interview, Temple sat him in a series of pubs with various friends, from executive producer Johnny Depp to Gerry Adams, former president of Irish republican political party Sinn Féin. MacGowan is so mush-mouthed intoxicated throughout, he’s subtitled for the film’s entirety. The story’s filled through a collage of vintage interviews, reminiscences by father Maurice and sister Siobhan, stock footage, television clips, archival material, family photos, and animation from various directors (most impressively Ralph J. Steadman).

The emergent portrait is proudly Irish, defiantly punk, and dreamlike. The English-born boy's bucolic early childhood in Tipperary, filled with family (some of whom were IRA members), farming, music, and Irish Catholicism taught young Shane via bribes of beer and cigarettes. Once Maurice MacGowan uproots his brood for a better life in London, Shane’s anger was stoked by a city fond of displaying “NO DOGS NO BLACKS NO IRISH” signs. Teen years leavened with rock, reggae and hallucinogens land him in a mental ward. Surfacing months later, he finds redemption in the Pistols and punk, becoming “the face of '77” – pogoing nightly in the front row of the Roxy, publishing Xerox punk zine Bondage, fronting the Nipple Erectors. Later converting Irish folk into rowdy punk, the Pogues threw two fingers at their British “betters.” Somehow, the threat-spitting Irish republicanism from the pop charts becomes a beloved entertainer, even as the singer is kicked out of his own band for being too dissolute. Without changing his essential nature, he increasingly becomes a cherished institution, especially as “Fairytale Of New York” becomes The Xmas Song Of The 21st Century.

The sea of subtitles and testimonials reveal a figure warm, witty, hyperintelligent, and ever intransigent. He possesses a deep sensitivity – you couldn’t write songs as beautiful as “Summer in Siam” without it. His final words onscreen: He’d like to write songs prolifically again ... and play pool. Julien Temple gave Shane MacGowan exactly the documentary he deserves – unruly and full of heart.

Crock of Gold: A Few Rounds With Shane MacGowan is available now as a virtual cinema release. 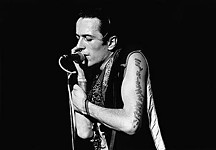 Joe Strummer: The Future Is Unwritten
One of the most compelling documentary portraits of a musician yet made, Julien Temple's film about the former Clash musician acknowledges the legend while uncovering the truth. 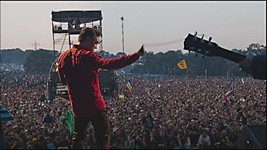