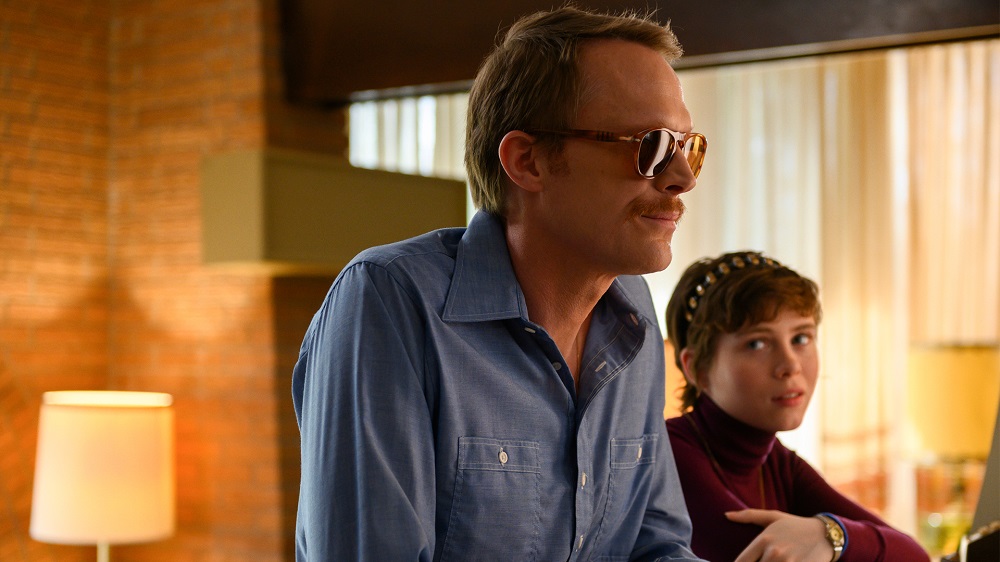 "In the darkness of your room
Your mother calls you by your true name
You remember the faces, the places, the names
You know it's never over it's relentless as the rain"
- Bruce Springsteen, "Adam Raised a Cane"

The thing about gay people and small towns is that everyone knows and no one talks about it. It's the classic worst-kept-secret deal: that between the people who it's none of their business and the people you don't want to make it their business and the people who think that it's none of anyone else's business, there's no space for that conversation. That's why Frank Bledsoe left Creekville, South Carolina, and headed to New York where he has a life and a love and communicates with his family through the odd call. It's why his niece Beth (Lillis) has no clue about who her uncle really is when she goes to New York for college and ends up meeting Wally (Macdissi), his long-time partner who understands why Frank has such a hard time coming out to even the most liberal members of his family. 1970s South Carolina is not 1970s New York, but for every truth there is a time, and for Frank it's when his father, Daddy Mac (Root) dies and he must undertake a road trip with Beth, back to pain and family.

Everything in Uncle Frank is framed within a narration from Beth, but this is not Lillis' film (great as she is as the wide-eyed but smart country girl trying to keep up with her own adulthood and the familial earthquake incoming). Uncle Frank revolves around Uncle Frank, and Bettany's career-great performance as a man who knows where the gaps are in his life, and how much his whole relationship with his family is about holding his breath.

It's hard not to see lines of connective tissue between writer/director Alan Ball and Frank, both Southerners that came out to their families in the late '70s, when "the conversations" started to be had but could still be fraught and dangerous. But by drawing on his own experiences and that specific timeframe – post-Stonewall, pre-AIDS hysteria – he is able to concentrate solely on the pain and healing of coming out as an older man. That's what Bettany captures so heart-wrenchingly and brilliantly, in a nuanced performance drenched in sorrow and shame – some misplaced, some earned – that's been evaded by building a life somewhere else.

That said, the film has less space for the rest of the family, even in the context of Bettany's restrained performance. The archetypes of Southern living are thick in Ball's script, and there's often little space for the rest of the cast to find real depth, much as they try (that said, Greer and Zahn are spectacular and fun in tiny roles, while Root glowers with bitterness and paternal wrath in his handful of scenes as Daddy Mac). Even Lillis falls aside – but then, she is the storyteller, not the story. Even if the resolution can be a bit cloying, and some character beats a bit glib, Ball's coming-out story is a reminder that just because someone doesn't speak, it doesn't mean they don't understand. 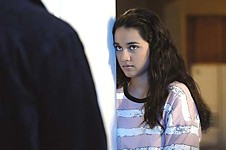 Towelhead
Alan Ball's film is guaranteed to discomfit and dismay with its dangerous plunge into an adolescent girl's discovery of sexuality and self-identity.