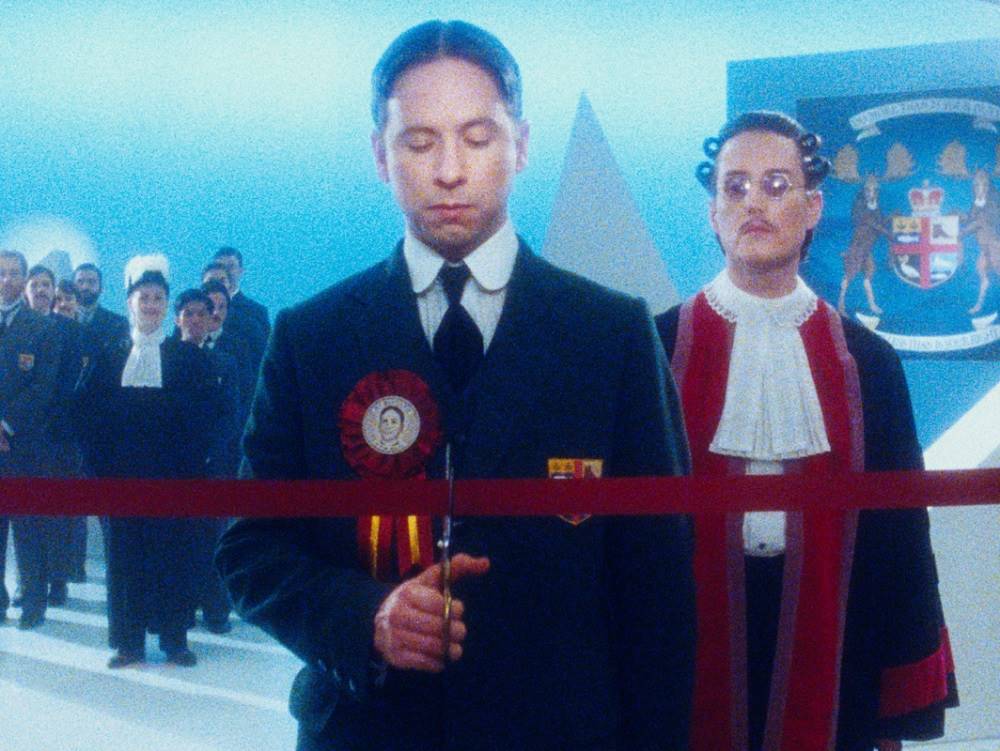 Oh… Canada! With psychotronic set design and non-sequiturial abandon, with glowing absurdist hearts you rise, the True North weird and wiseass. (Apologies to Calixa Lavallée.) There’s much to be laughed out loud about and appreciatively commented on in The Twentieth Century if you’re Canadian, that is yet also a wonderfully mystifying yet riotously entertaining anti-history lesson, political and otherwise, of the Great White North if you’re a Yank or part of the Trump cabinet.

Yes, we can all agree on current Prime Minister Justin Trudeau’s crush-worthiness – despite that icky and ill-advised blackface debacle – but director Rankin is far less interested in current Canuck brouhahas than he is in crafting a maple syrup-knotty, not to mention downright naughty on occasion, madhouse historical epic beginning in 1899 as it introduces the young Prime-Minister-to-be Mackenzie King (Beirne). An actual, real life statesman who helmed the vital Canadian foray into the Second World War, here he's a blundering fetishist enamored of ladies' dirty boots, amongst many other Pythonesque vices. It cannot be stated how much The Twentieth Century’s style, form, and obscurantist sense of carnival mirror-warped humor owes to Canadian psycho-farce master Guy Maddin, but that undervalues Rankin and his cast’s own personal additions to the generally brilliant subgenre of Canadian ka-razeeness.

As much a compendium of quick-and-dirty cinematic homages (Welles’ The Lady From Shanghai et cetera) as well as a comic lampoon of German expressionistic UFA hotpoints, it ends up being a smashingly good and goofball history of the non-world of Canadian history and flim-flammery, deeply committed to its own colonial crazy. It won’t be everybody’s cup of walnut-maple brown syrup, to be sure, but I dare say those Northern scalawags The Kids in the Hall would approve. And I, for one, agree.