The Croods: A New Age

The Croods: A New Age is a mess. Mixing Looney Tunes humor with a paper-thin metaphor for gentrification, the sequel to the 2013 prehistoric cartoon comedy never quite finds a tonal balance. When the formerly cave-dwelling Croods stumble upon the civilized Bettermans’ home, it’s a lush cornucopia of food and innovation: There are crops, a treehouse of wonders, and even showers that leave you smelling like vanilla. Trusty boyfriend Guy (Reynolds) is sold immediately by this luxury, and it helps that the Bettermans are old family friends of his. But the inevitable conflict between the Croods and the Bettermans is so unfortunately misguided.

Thankfully, A New Age doesn’t try to make that conflict a catfight over a boy (to a degree; the parents still scratch and bite), but that doesn’t necessarily make it feel fresh and rejuvenating. Whereas in the first film, Guy and eldest Crood offspring Eep (Stone) had a moderately cute back-and-forth banter and charming relationship, A New Age can’t seem to reignite that spark, or for that matter figure out what exactly the conflict is between the couple. Dawn Betterman (Tran) is at the center of most of the quarrels, and yet her character is so painfully one-dimensional and nonpartisan – she doesn’t care about Guy at all, she just wants to hang out with the girls (which, and maybe I’m reading too much into this, seems like a retracted lesbian subplot that could have led to a love triangle soap opera but was eventually rewritten).

With a cast that’s a majority white, the “us vs. them,” “privileged vs. disadvantaged” squabbling falls so flat. The jokes are stale: Some we’ve seen before (a druglike eating frenzy is reminiscent of The Good Dinosaur), some feel aged (Cage’s overprotective-father schtick has lost its charm), and some are so forced it’s insulting (I never need to see another shoe-horned-in “girl power” sequence ever again in my family-friendly fare).

The Croods: A New Age takes wacky, weird turns, and yet somehow still manages to be dull and lifeless. The film itself looks like Lisa Frank threw up rainbows and cutesy animals, which should make for a visual feast, but rather it looks overcrowded and gloopy. Where DreamWorks Animation used to stand out with its emotional, elegant, and beautiful children’s films, it’s now Illumination-style comedies disguised as a trendy unicorn frappe. Once the animation studio gave up on competing with Pixar, it took an unfavorable nosedive in quality, and The Croods: A New Age is the exact embodiment of what DreamWorks Animation’s new age is all about. 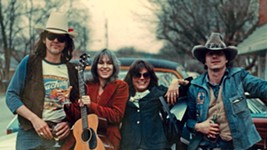