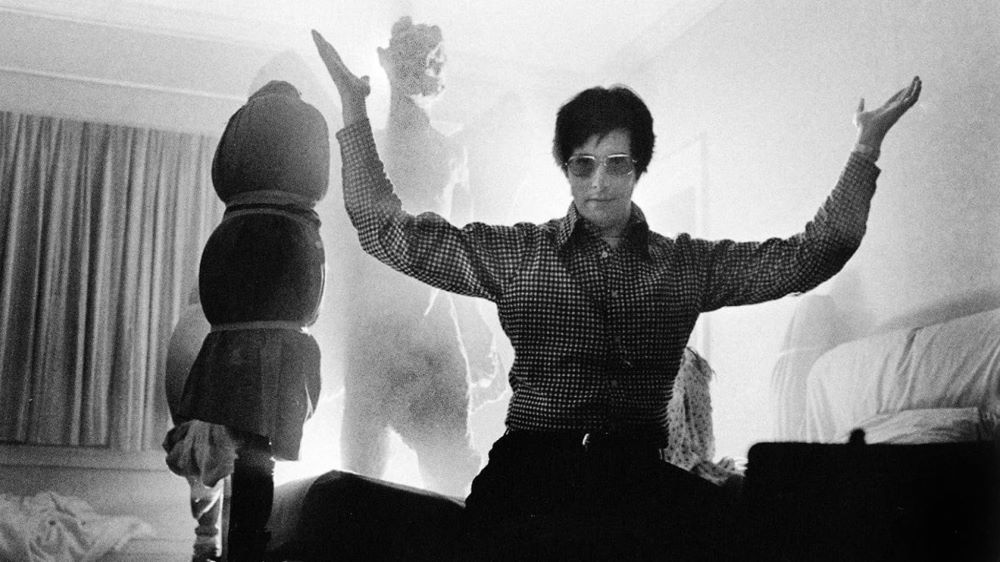 Leap of Faith: William Friedkin on the Exorcist

Back in 2018, I had an extraordinary opportunity: I was invited to spend an hour with William Friedkin to discuss his upcoming documentary, The Devil and Father Amorth, about the Vatican's chief exorcist, Father Gabriele Amorth. Of course I said yes. The opportunity to discuss the question of possession with the director of The Exorcist, and one of the true maverick masters of Hollywood, I'd have to be out of my gourd to say no.

In our wide-ranging conversation, we touched on every topic imaginable and even tangentially related to the nominal subject matter, from the differing cultural lenses through which possession is viewed to sitting in on brain surgery. As Friedkin said about himself, "I go through life as someone who's profoundly curious about a great many things, and I try to find out about a great many things."

The only way I can describe Leap of Faith: William Friedkin on the Exorcist is as being as close as it gets to being in the room alone with the filmmaker. Time flies in this one-on-one interview/master class, but it's never a matter of sitting back. Every answer from the artist comes with a steely glint, as if he's waiting for the audience to catch up or slip up.

It's not just a procedural discussion of how he made the film - although the tick-tock breakdown, moment by moment, fight by fight, is like a master butcher explaining how the sausage is made. There aren't many filmmakers that could hold down this kind of intensive conversation and deserve this kind of space: Moreover, there are few films that can handle this kind of deconstruction 47 years after release.

At some levels, there is nothing new here: Everyone knows about the casting clashes, the abandoned score, and even Friedkin's take on it all. But it's the immediacy that comes from Alexandre O. Philippe's decision to leave everything to Friedkin that makes its so important. The documentarian puts aside the visual depth of his last cinematic essay, Memory: The Origins of Alien, and eschews the multiple voices behind his Psycho shower scene deconstruction 78/52, relying instead on the clarity of Friedkin's voice. Yet it's not simply a lecture: Philippe absorbs the work of Errol Morris and his Interrotron technique, letting the complexities of Friedkin be explored as he explains his work. (If only he had shown this same kind of skill with his first, highly flawed examination of a filmmaker, the flimsy The People vs. George Lucas) The insight into the intellect of the man who made The Exorcist, an exacting film filled with vagaries, is as edifying as any details about editing room arguments over diegetic sound. 78/52
An effusive doc on the shower scene from Psycho