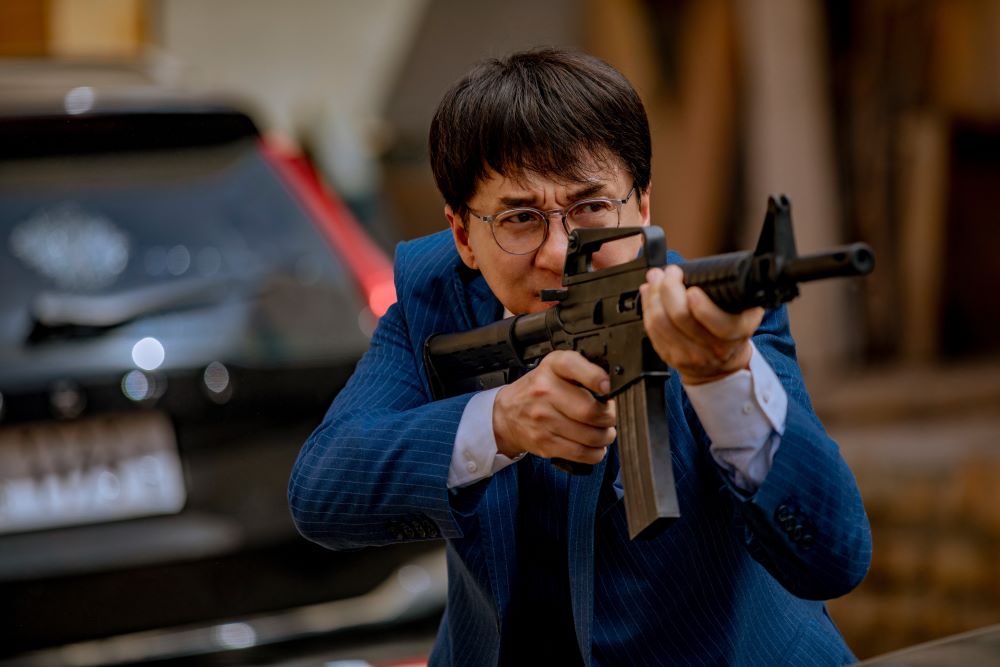 There may come a day when Jackie Chan is no longer able to put his body through the paces needed to be an action star. But at a spry 66 years old, Chan seems more than capable of knocking out another decade of films that leverage his unique blend of physicality and charisma. His latest release, the Stanley Tong-directed Vanguard, shows that he is making some concessions to his age – his stunts are less elaborate and feature a few more cuts than in years gone by – but in a world of uncertainty, Chan action-comedies remain a welcome constant.

There is no better private security than Vanguard. Under the watchful eye of founder and CEO Tang Huanting (Chan), Vanguard protects the wealthy and serves with honor and integrity around the globe. So when one high-profile accountant is threatened by the son of an international terrorist, it is up to our Vanguard heroes Lei Zhenyu (Yang) and Zhang Kaixuan (Lun) to find and protect the accountant’s daughter, Fareeda (Han), before she can be used as leverage to fund a violent act of revenge.

If your last cinematic experience with Chan was Martin Campbell’s The Foreigner – a 2017 thriller that attempted to give Chan the Old Man Action Hero makeover offered to so many of his American contemporaries – then you may be happy to learn that Vanguard is a back-to-the-basics approach for the actor. Chan and longtime collaborator Tong have crafted another action-comedy to showcase Chan’s skills, this time splitting the fighting among a handful of younger actors. Of course, not everything in Vanguard is a nod to his earlier work: Chan using an assault rifle always feels a little weird, and Tong has traded in some of his signature fight choreography for overt VFX. If you always wished that your Jackie Chan movies included more CGI animals and car chases, this will definitely grant that wish.

As a film, Vanguard might best be described as a less-chill Nineties Bond movie. The set pieces include a car-boat chase sequence, hoverboard gunfights, and a shocking number of Arab and Muslim stereotypes. It also features a heroic third-act turn for the city of Dubai – no doubt a nod to the blossoming real-world relationship between China and the UAE – and the friendliest paramilitary force ever committed to film. Under the watchful eye of Chan’s CEO, Vanguard travels across Africa and the Middle East, killing hundreds of suspected terrorists without ever run afoul of local law enforcement. They claim to leave no man behind, and based on the number of cosmetic shoulder wounds their ranks suffer, the survival of their forces is rarely in question.

All of this culminates in a film that is equal parts silly and nationalist. If you find yourself nostalgic for the bloodless mode of America vs. The World action movies that populated the 1990s, then Vanguard is for you. And if you’re a Jackie Chan completist, the mediocre nature of the film is at least partially offset by his heartfelt rendition of the theme song and an A+ collection of outtakes that play over the end credits. We’re all hurting for new releases at this point in 2020. Even a forgetful Jackie Chan movie is still a Jackie Chan movie worth seeking out. 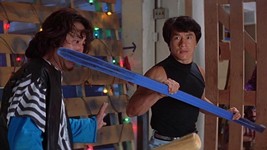