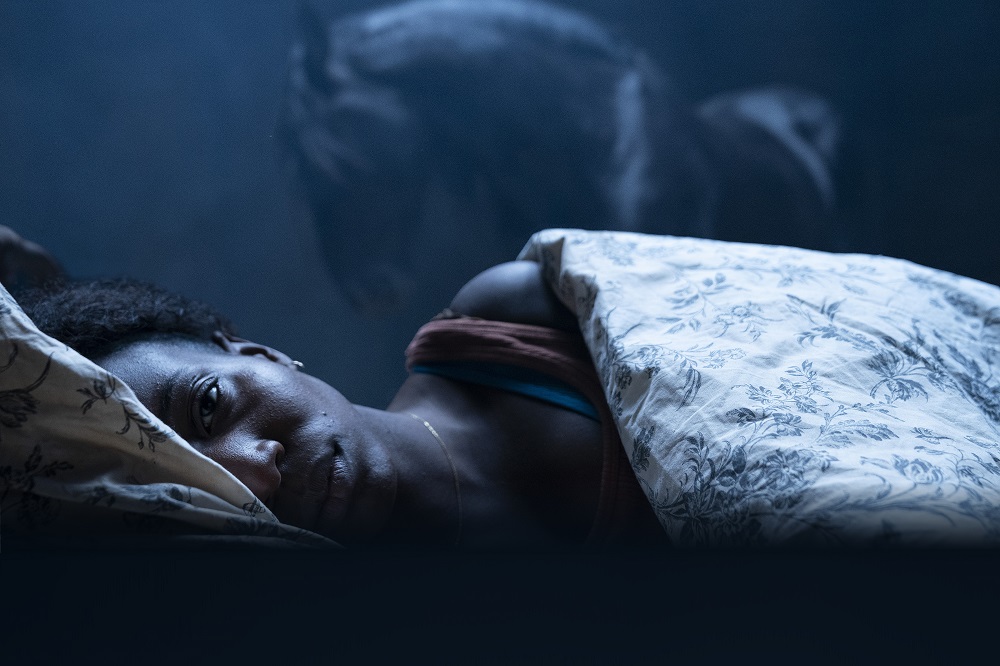 Pregnancy is a horror staple – encompassing the fear of the unknown, with all its abject fluids and feverish psychosis. It’s the backbone of classics like Rosemary’s Baby and more recent films like the lesbian indie Lyle. With Kindred, director and co-writer Joe Marcantonio brings his unique, new vision to the subgenre, tightening the stakes by adding race and class to the tension of a surprise pregnancy.

Charlotte (Lawrance) is planning to move from Britain to Australia with her longterm boyfriend, Ben (Holcroft), much to the woes of his wealthy mother, Margaret (Fiona Shaw). After a particularly disastrous visit, Charlotte’s world spirals down. She discovers her birth control has failed her and now she’s pregnant, something she never planned on being, due to past trauma with her own mother. But that’s barely the tip of the iceberg, and after a terrible accident she’s left numb and alone, in the care of Ben’s micromanaging mother and brother Thomas (Lowden).

Charlotte is Black, so when she’s both gaslit into staying at her late boyfriend’s stuffy countryside estate during what is undeniably her worst nightmare come to life, there’s another layer to the situation. It’s hard not to immediately recognize this movie might not have been made prior to Get Out: With drugged tea cups littering this white home built on old money, the parallels to Jordan Peele’s debut film are undeniable. But if you’re expecting something obtuse, Kindred is not.

It’s hard to tell if casting Lawrance as Charlotte was luck or if it was scripted, because while all the tension of a white family kidnapping an expecting Black woman is there, it’s never certain if Marcantonio is interested in explicitly exploring those grotesque themes. Lawrance, though, is a remarkable find. Her groggy confusion, heartbreaking grief, and bone-chilling fear are palpable, and she holds her own and more across from a veteran like Shaw.

And Shaw plays Margaret relentlessly for the kill. She cries victim, warping reality and gaslighting Charlotte to no end. She chooses her words meticulously, making sure she’s never the only one to blame, like when she “apologizes” after attacking Charlotte after receiving news her son has died. “I think we’ve all behaved in way we regret,” she calmly states. She’s a monster — and in a world where real women are losing their rights to their bodies, it’s easy to get sucked into the horrid hell of Kindred.

However, like many films with “unstable” protagonists, there’s a moment where even the best of performances can’t carry the weight of a thinly veiled idea. You keep expecting something more in the third act, something to raise the stakes of the game Margaret is playing. But the reveal is flat, nothing more than an expository story to fill in the small cracks. Kindred banks on its refined atmosphere and all-too-real story to keep its audience invested, which works to a degree because the film itself is beautifully made, but satisfaction with the ending may vary across horror diehards. Although a bit simpler than one would hope for given all the puzzle pieces at play, Kindred’s polished aesthetic is just enough to make this terrifying film never leave your zeitgeist.