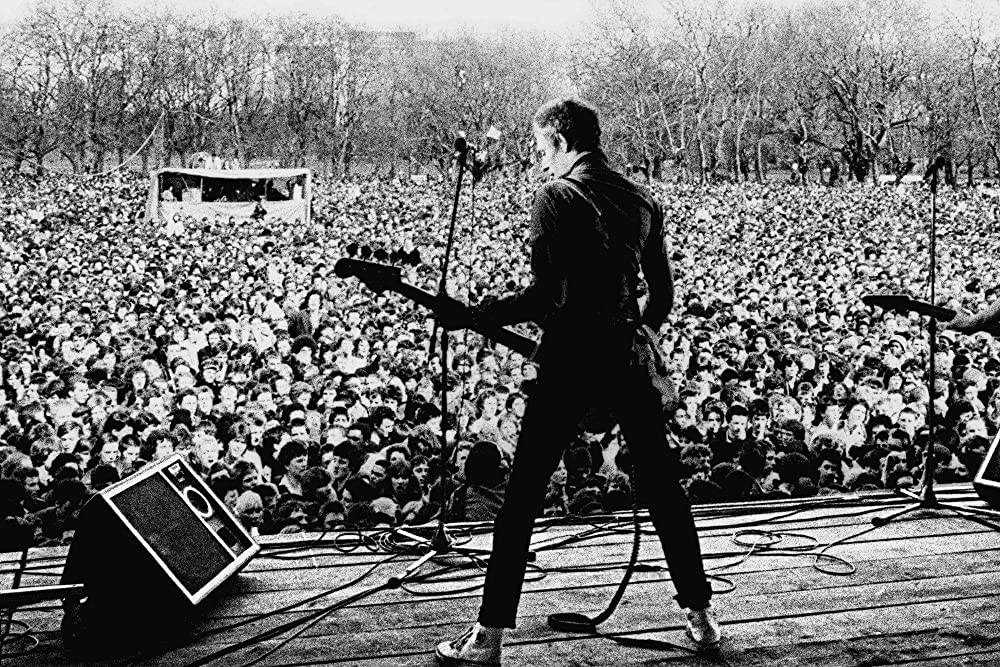 "Stop Britain from becoming a black colony," Eric Clapton drunkenly ranted from the stage in Birmingham, UK, on August 5, 1976. "Keep Britain white. I used to be into dope, now I’m into racism…. Britain is becoming overcrowded and Enoch will stop it and send them all back."

The “Enoch” whom Clapton big-upped was Enoch Powell, a notorious British politician. The Conservative MP gave an infamous 1968 anti-immigration speech in the same city, later dubbed “Rivers of Blood.” Among its aftershocks was a political party called the National Front, whose shock troops were jackbooted thugs called skinheads. There’s also the curious support of Clapton and Rod Stewart, caucasians who’d made their names playing blues – music originated by non-white musicians. Clapton apologized. But only recently. The hypocrisy is sickening.

This is the jumping-off point for White Riot, an exciting new documentary on the rise of late Seventies UK cultural organization Rock Against Racism. Founded by Red Saunders, a photographer and member of agitprop theater group CAST, he’d covered a Clash gig, thrilled by their 15-minute burst of “energy, volume and lyrics about youth unemployment and alienation.” Inspired, he wrote to all three UK rock weeklies, denouncing Clapton’s tirade, calling for the formation of a group called Rock Against Racism. He received hundreds of replies.

Through contemporary and vintage interviews, animation and live footage, White Riot insightfully and vividly details RAR’s reclamation of young Britain’s soul. Punk could’ve gone either way – witness Sid Vicious’ and Siouxsie Sioux’s swastika fetish, perceived as ironic or deliberate, depending on the audience. RAR spread their message via a punkzine-style broadsheet called Temporary Hoarding, including anti-racism and -fascism interviews with luminaries like Johnny Rotten. (Compare and contrast with his latterday support of Trump and Brexit.) Badges and stickers were emblazoned with slogans like “Nazis Are No Fun!” Next came gigs pairing punk bands like X-Ray Spex with reggae acts like Steel Pulse. The culmination: A 1978 march through a heavily National Front neighborhood to Victoria Park. The attendant concert saw thousands witnessing Sham 69 singer Jimmy Pursey – whose band attracted an unwanted National Front following – joining the Clash for “White Riot,” their anthem with an oft-mistaken message of black solidarity.

In an America saddled with an anti-immigrant president who refuses to denounce white supremacist organizations like the Proud Boys, White Riot is a timely history lesson. It demonstrates the possibilities when enough energy is focused in a positive direction, using the eternal language of youth: music. Maybe something similar could happen here.

White Riot is available now as a virtual cinema release.