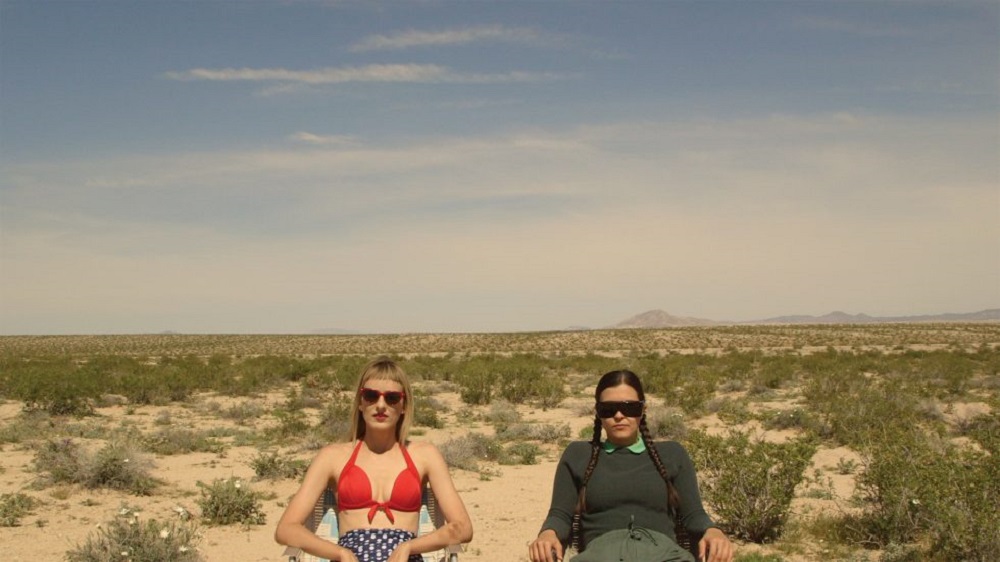 Within the bright desert landscape of Southwest America, there sits a manufactured home, the residence of Martha Plant (Kotcheff). Mourning the loss of her eldery parents from a violent car accident, Mary lives in grief and isolation, working as a salesperson for the air conditioning company her father once owned, rigidly cold-calling customers by day, eating the same meals over and over. Her only respite in this existence is shoplifting items from her tiny town’s general store, placing them in a tin, and burying them in the desert. She then posts a flyer with the GPS coordinates, and when she returns, the items are replaced by a small amount of cash. It is her only comfort, these anonymous, methodical transactions, her attempt at finding some connection in the world. On one such sojourn, she comes across Sadie (Leder), wandering in the desert with a motorcycle helmet chained to her head. A friendship takes root.

Taking her into her home, Martha discovers Sadie has been released from a nearby mental institution, and suffers from dissociative identity disorder. Besides gentle-natured Sadie, there is 4-year-old Emma, precocious and decidedly not toilet trained, and Anna, a jaded party girl prone to whiskey. Due to her emotionless inability to do her job, Martha is given 30 days to sell 30 AC units or else. As the two (er, four) of them bond, Martha slowly thaws out. Martha develops a relationship with one of her customers, Richard (Parolisi). But how does Sadie seeing visions of Bible stories (fantastically rendered stop-motion animation from Sam Barnett) in the tins Martha “plants” factor in?

With The Planters, Kotcheff and Leder have created their own distinctive universe, as hermetically sealed as the snowglobe Martha nicks from the curio shop. There are stylistic influences to be sure, but the film’s eccentricity moves beyond mere production design curation and meticulous shot blocking. Everything is in service to its themes of loneliness and suffering, and the need of connection and intimacy that humans require in order to grow. The Planters is a lovingly crafted film full of genuine wonder and surprise, like finding buried treasure.

The Planters is available as a virtual cinema release.