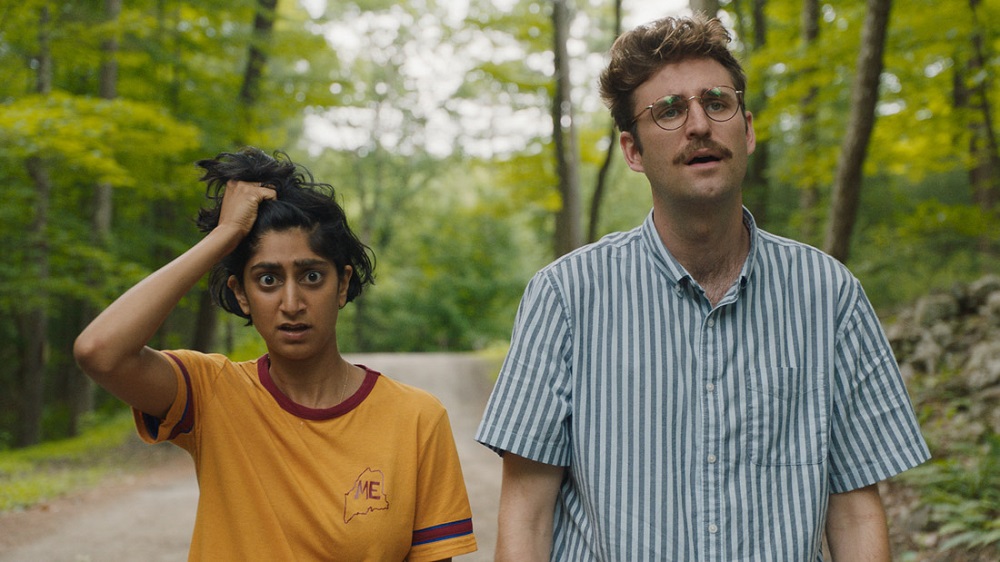 Are you ready for the end of the world? If you're the skill-free and easily baffled couple who find themselves screaming Save Yourselves! in this amiable alien invasion comedy, the quick answer is "No." The long answer is more, "Oh, definitely not."

Su (Mani, GLOW) is the assistant to some unseen Very Important Person, while Jack (Reynolds, Search Party) does ... something in tech, maybe. He bleats something about his sourdough starter, she frets about flight trackers. When they decide to leave their Brooklyn apartment to reconnect with nature and each other, they're immediately in different pages. He thinks that it's about some pre-electronic Avett Brothers outdoorsy adventure (probably involving splitting wood), while she wants to run through the online relationship guides she transcribed into her new journal. They are, quite honestly, useless. Even the baby they meet gives them a dismissive glower. So when tiny fuzzy aliens that they dub pouffes invade while they're on a week-long retreat in a friend's cabin to find themselves, they're inevitably absolutely no use at all.

Save Yourselves! may sound like a hipster Critters but, as the scale of the global catastrophe becomes clearer, it reveals itself to be a sillier Skyline. Su and Jack are (to quote The Hitchhikers Guide to the Galaxy) mostly harmless, and if the rest of the world is being dismantled by small balls of fluff with a penchant for ethanol and a nasty tentacle-sucker device, they're not going to be much use. The script takes a light, sardonic pleasure in their ineptitude, with plenty of potshots at how ill-prepared the latest wave of NYC transplants is to face any kind of challenge, but that doesn't stop the story from being unironically entertaining.

Much of that depends on Mani and Reynolds, who gift these two babes in the woods with a charming guilelessness. Reynolds evokes rom-com era Kevin Kline in his hapless and frantic efforts to keep at least one finger on the precipitous cliff of globe-spanning fuzzy disaster that threatens them all; while Mani imbues Su with a well-meaning belief that a good listicle will solve all your problems. Together, they're a plausible pair of doofuses, and the audience gets to laugh at their mild idiocy. Their self-deprecation never wears, which is fortunate as most of the film is a two-hander in a single location.

Save Yourselves! isn't completely toothless, although its softball targets are only lightly lambasted for their silliness. It's a comedy of manners of sorts, in which puffball personalities are outwitted by barely-sentient spheres of fur. The ending may waft away, but at least it stays true to the story of two people with no tools to make an impact. 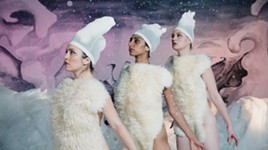