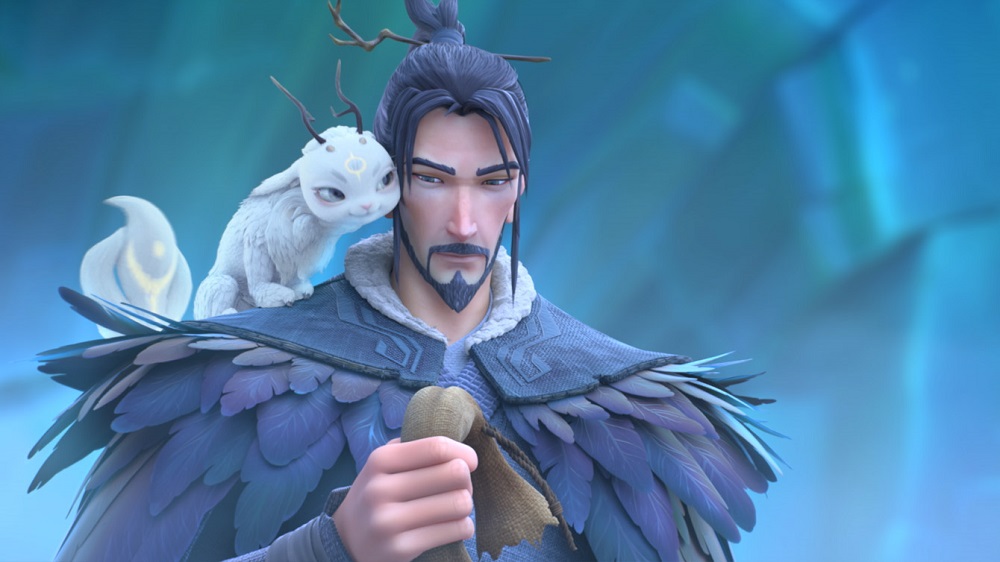 Jiang Ziya (aka Legend of Deification) is an epic. Chinese animation studio Beijing Enlight went full Marvel and planned out their own franchise loosely based on the classic 16th century novel Investiture of the Gods: the Fengshen Cinematic Universe. Last year the first film in the FCU, Ne Zha, hit theatres and was a booming success, coming out on top as the second highest grossing film of all time in China, leaving audiences hungry for more, and the franchise’s second installment, Jiang Ziya, has dreams of not only hitting those numbers, but stamping out a series so monumental that audiences will be hooked for years to come.

Jiang Ziya folds in one of East Asia’s most prominent mythical entities, the nine-tailed fox — a mischievous villain whose trickery is feared by mortals and despised by the Gods. The titular Jiang Ziya (Xi) is tasked with vanquishing this demon, who threatens the mortal realm, but ultimately fails when he discovers that by killing the fox demon, he would also end the life of an innocent young girl. The celestial leader is then banished to the mortal realm, but after a decade is given a second chance when he meets a young girl with fox ears who is searching for her father.

Jiang Ziya tackles an age-old philosophical question: Should one save an innocent, or should they destroy a life for the greater overall good? The problem here is the film then gives all the agency to Ziya, and when we run into the spunky, sly young woman (who remains nameless throughout the film), even though she is seemingly self-sufficient and skilled in combat, she’s a passive character, constantly needing to be rescued from danger by her immortal father figure.

The script writing itself is a bit clunky, starting with an intense fast-paced backstory for Ziya, then immediately introducing said girl, and then throwing obstacle after obstacle in the way of Ziya and the girl’s mission to find her father at Mount Youdu. The warrior never rests, and never gives its characters a moment to reflect, connect, and relax. When a companion of their journey ultimately sacrifices their life for their safety, it’s hardly felt, and deeply difficult to connect with. Jiang Ziya is a big story, an incredibly complex mythos not unlike Hercules, and unfortunately it never finds its beat. Like many films in the Marvel Cinematic Universe, the story of Jiang Ziya is far more concerned with big epic punches rather than complex character weaving, and earned pathos.