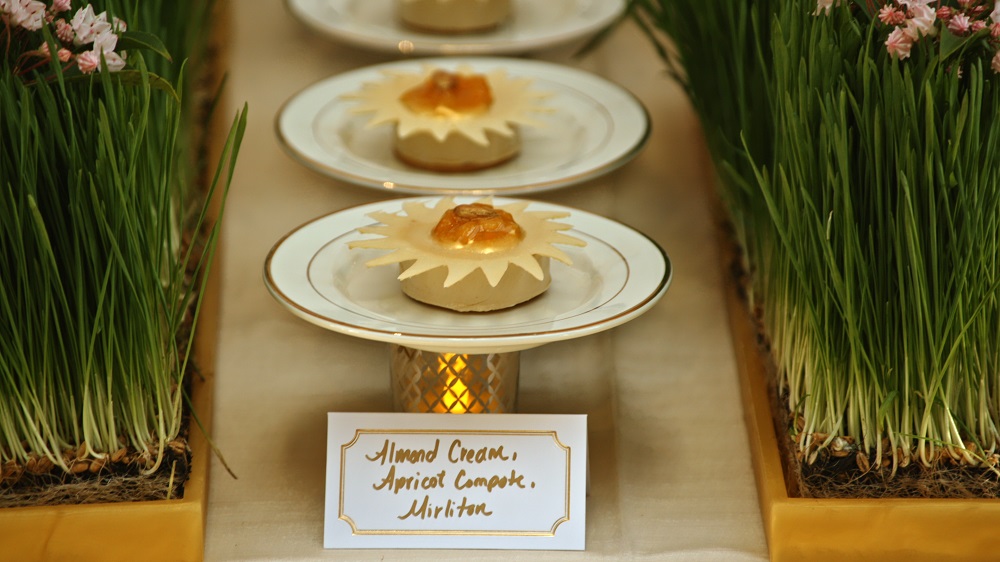 Ottolenghi and the Cakes of Versailles

There are great conversations to be had about the relationship between food and culture, and the role of grand museums as both havens of culture and repositories of stolen artefacts. But this trip behind the scenes of the kitchen museum, as world-famous chef Yotam Ottolenghi makes cakes for preview night of the New York Metropolitan Museum of Art's 2018 Visitors to Versailles exhibition, eschews them in favor of a slightly more nuanced baking challenge.

Ottolenghi seems completely amiable and affable, and is unquestionably a fount of information about the history of food, and its role as an expression of glory. Yet when you're making a documentary about artists making consumable fripperies for millionaires at an exclusive party celebrating the legacy of European monarchs, and you don't make the connection to what Versailles represented and led to (one word: guillotines), it seems like willful blindness.

In her 2015 documentary City of Gold, Laura Gabbert took a truly fascinating approach to cuisine in cinema by celebrating Los Angeles Times food columnist Jonathan Gold's understated and fearless advocacy for the underdogs of the city's chef scene, the artisans of flavor often struggling at the edges. With Ottolenghi and the Cakes of Versailles it's almost as if she missed the point of her own documentary. City of Gold was about food as the great leveler. Versailles was built on the blood of the French laborers: When MetLiveArts general manager Limor Tomer quotes the catalog about Louis XVI leaving Versailles in 1789, she does it in a way that glosses over the entire French Revolution. If that's not galling revisionist history, food historian Deborah L. Krohn referring to Versailles as an open palace, like the hoi polloi could just take a day trip from Paris and hang out with the Sun King, feels like a tone deaf interpretation of the power dynamics of the French Court at the time of the revolution. There's literally more conversation about getting a jelly pump working than there is about extravagant consumption as a sign of class divides, and a five-minute coda exploring those issues is too little, too late, and too much of an apologia for the French crown.

Not that Gabbert was going to have the space to question the bubbly extravagance in what is basically a puff piece for a fundraising event for one of the world's great cultural institutions. If what you want is a fancier episode of The Great British Baking Show, then you'll "ooh" and "ah" at all the right moments as Ottolenghi assembles his kitchen of world-class patisserie chefs and jelly experts. Yet, at a time when we are truly questioning how the cultural sausage is made, and there's a wannabe Sun King set on installing himself in the White House in perpetuity, this confectionary seems a little stale and tasteless. 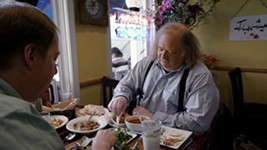 City of Gold
Eat out with Jonathan Gold, the Pulitzer Prize-winning food critic 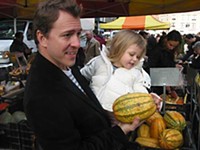 No Impact Man
Colin Beavan, aka No Impact Man, and his cooperative family are the subjects of this documentary about their yearlong project in environmental sustainability.

Ottolenghi and the Cakes of Versailles, Laura Gabbert