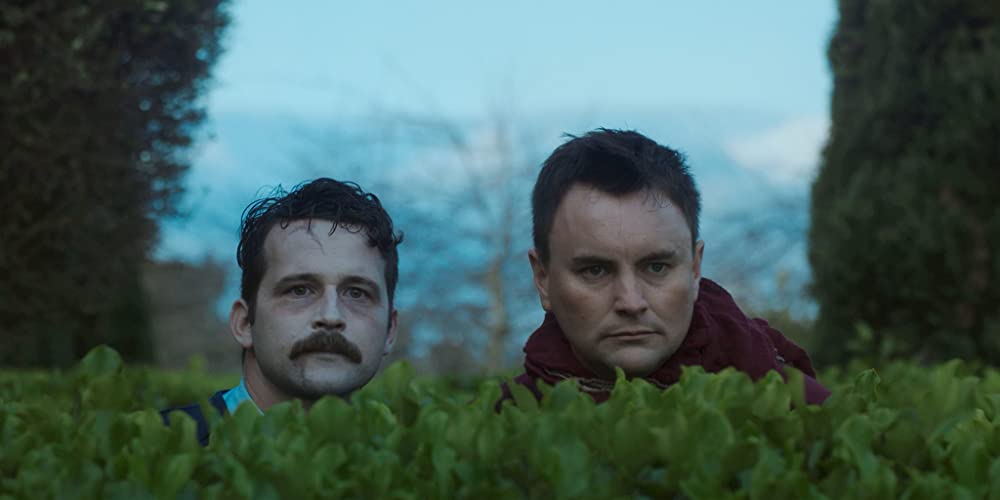 Since Peter Jackson first splattered gray matter in Braindead, "New Zealand cinema" and "horror-comedy" have bordered on synonyms. Yet there's a particular tone, a mixture of dry dialogue and the odd outburst of goo, that's made sticky-funny faves like Housebound and What We Do in the Shadows so internationally successful. But Dead, the latest from the Land of the Long White Cloud, is closer in tone and subject to last year's phenomenal low-key Irish exorcism comedy Extra Ordinary – just without its charm or gentle silliness.

Writer duo Hayden J. Weal and Thomas Sainsbury have added to the subgenre variant of "good cop/bad cop" better known as "dead cop/living cop." Sainsbury plays Marbles, a hapless and mopey clairvoyant of sorts who doesn't have any real mystical powers: he's just realized that if he mixes his dead dad's expired medication and some quality weed, he can converse with the dead. He soon finds himself teamed up with a local cop, Tagg (Weal, who also pulls treble duty as director), who woke up that morning in a barn, de-pantsed, and quite dead. He adapts to this fact surprisingly quickly, and marches off to find Marbles so that he can solve his own murder, with the assistance of his sister, Yana (Ihaia). Unfortunately, in the ranks of supernatural detective buddy flicks, this is more like the Bob Hoskins/Denzel Washington DOA misfire Heart Condition than the silly-spooky antics of Randall & Hopkirk (Deceased).

Dead has its heart in the right place, with an underlying story of making amends that's more important than finding the serial killer. Tagg has unfinished business with his sister and his dead boyfriends, while Marbles is contending with the guilt he feels for his dad's death, while contending with his fractured relationship with his mother (Ward-Lealand). Unfortunately, Sainsbury and Weal don't find enough of comedic spark to prevent the emotion sinking into mawkishness.

It's not that Dead is unfunny – it's just not consistently funny enough. The jokes don't always land, and sometimes they're on-the-nose, like Marbles and Tagg taking about possession as a way to be inside each other. That's where Dead really feels like a lost opportunity, and occasionally veers into the uncomfortable. For a story with a gay protagonist, some of the gags would fit in a clumsy 1970s sitcom, leaving the end result a little dated. One sequence in particular, when Marbles ineptly tries his seductive wiles on a flamboyant older gentleman who they suspect of being the killer, relies on so many stereotypes that it's hard to tell exactly what you're supposed to be laughing at – and that's before an incest gag that is just too cringe-inducing for the otherwise light tone. For a ghostly comedy, Dead just lacks the right spirit.