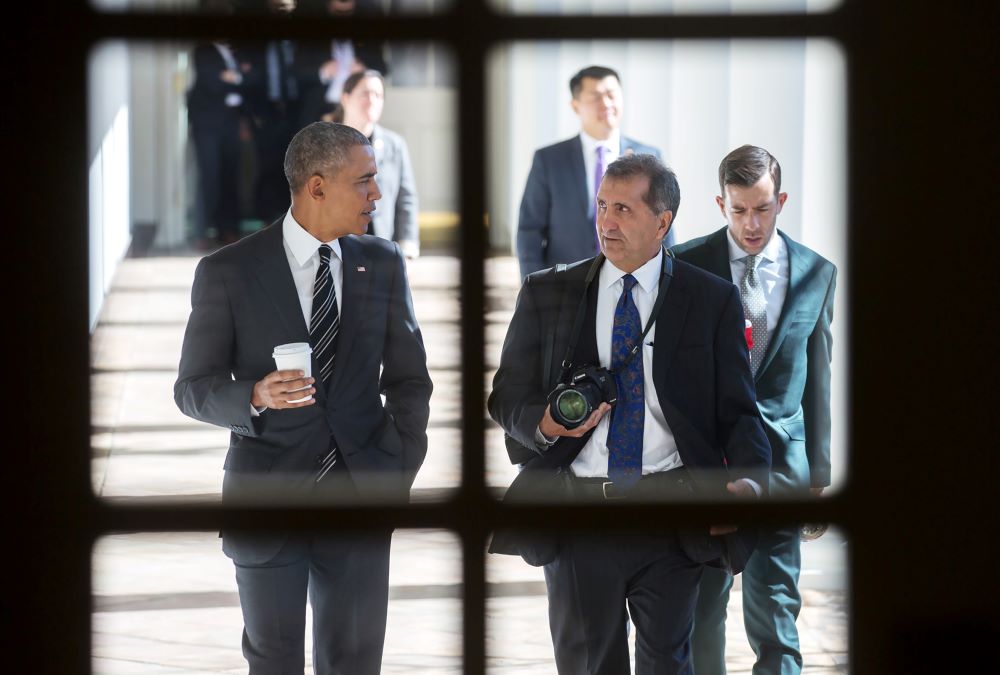 The way Pete Souza sees things is through the lens of a camera. Souza served as the chief official White House photographer during the eight years of the Obama administration. His photos from this period are legion and legendary. There’s the famous photo of Obama leaning down so a young Black boy can touch his hair; pictures revealing the president as an adoring husband and doting father; shots commemorating official occasions and others that capture moments candid and spontaneous. He snapped away whether it be in the Oval Office or on the road, always on call, forever alongside the president, who was comfortable with the camera’s presence. The Way I See It is a documentary about Souza’s work, but the film does much more than showcase eight years of a top photojournalist’s career. This is a film about evolution, about how Souza learned to use his voice.

As a photojournalist, Souza knew that his job was to create images, not words. Hewing to the objectivity expected of journalists, Souza believed himself to be a “historian of the presidency.” Having also worked for the Republican Reagan White House, it’s clear that Souza’s personal political sentiments have not been prerequisites for the job or an expectant theme for his photographs. Souza accepted the idea that his pictures should speak for themselves, and that his opinions were to be kept to himself. Others might rankle under the restriction against self-expression, but Souza finds it a reasonable price to pay for such unguarded access to his subject – and a subject who was so historically unprecedented, so open and relaxed, and so ready made with a photogenic young family. Compare this with the current Trump administration, in which the only photographs we see are official records of bill signings and ceremonies, portraits of the leader giving speeches in front of rally crowds and whirring helicopters, or accompanied by his camera-ready, ex-model wife. There is never anything in the photographs that seems impromptu or unposed.

Immediately after the Obama years ended, Souza began to discover his personal voice. In fact, right after Trump’s inauguration in January 2017 Souza launched his new form of self-expression. He started to pair Trump’s tweets and newspaper headlines with photos from the Obama administration that plainly showed contradicting truths and asides. In short order, Pete Souza’s pointed juxtapositions turned him into an immediate Instagram star. In 2018, he published the book Shade: A Tale of Two Presidents, through which Souza eventually become one of the most outspoken national critics of Donald J. Trump. The documentary catches Souza speaking out while on his book tour and continuing to use his vast trove of Obama photos to contradict and humorously rebut the prodigious absurdities and lies that characterize the Trump presidency.

Yet photographers, like writers, do not usually make the best film subjects. Director Dawn Porter, who also directed John Lewis: Good Trouble (out now), doesn’t find a good way around this, although the film perks up at some personal moments, as when Souza tells of Obama urging him to marry his longtime girlfriend and offering to officiate at the wedding and use the Rose Garden for the ceremony. Souza’s wealth of photographs from 44’s presidency are on constant display and the stark contrasts between the Obama and Trump administrations are likely to make viewers wistful for a time gone by. Photographs can evince strong emotions along with words.

The Way I See It was screened at the Toronto International Film Festival. 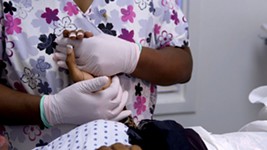 The Way I See It, Dawn Porter