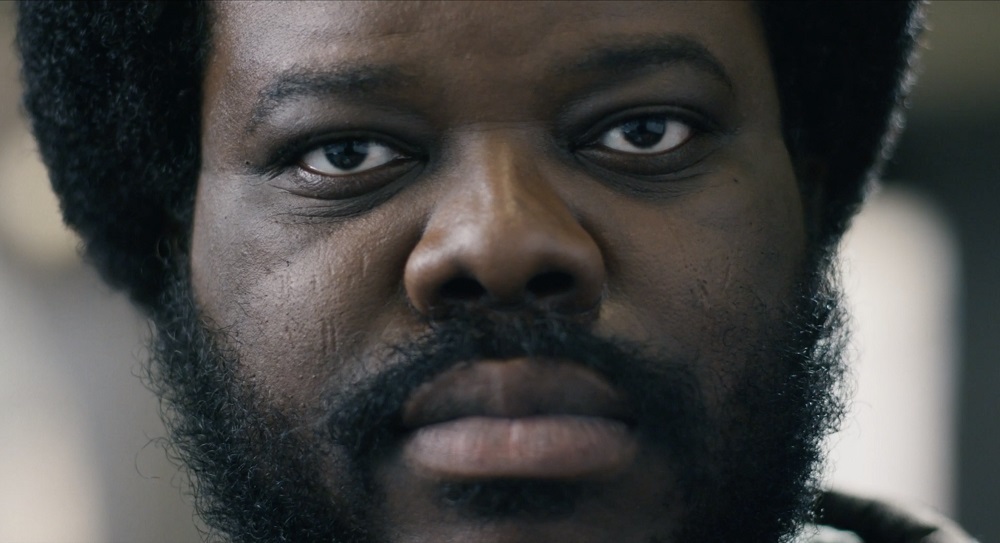 This Austin-based, absurdist comedy of the daily frustrations we all face, premiered at the 2019 Austin Film Festival, mere months before the onslaught of yet more bad news for humanity. We’ve all got issues. The questions at the strangely hopeful heart of Collins’ film are “What do we do with the hurt?” and “How do [we] heal?”

It's set up as a series of individually titled short vignettes revolving around the daily grind of contemporary life gone incrementally haywire. The actors turn up in multiple parts, among them Merriman, who seeks counseling from a dubious “healer” (Gordon) while others are shown in brief, blackout sketch-scenes grappling with inane job interviews, broken high heels, fractured fairy tale love lives gone goofily but affectingly awry, and the eternal battle to wrest from that iconic, goddam soda machine the carbonated gift that will (hopefully) satisfy not only the physical thirst but also some sort of higher if minor spiritual triumph.

Collins, who also wrote this woeful, dolefully humorous take on mankind’s endless struggle to overcome the banal but no-less soul-sucking minor mishaps of modern life, ends things on a surprisingly encouraging, optimistic note, narrated by Gaffigan: “Take care my suffering ones. Take care of the tender hearted. Help each other through the storm. It is not all darkness, and you are not alone.” A message from the universal spirit, perhaps, and most certainly one that carries even more meaningful weight right now than director Collins could’ve ever suspected way back in the before-times.

I've Got Issues is available on VOD now. For an interview with writer/director Steve Collins, read "Adrift on a Ship of Fools," Sept. 18.