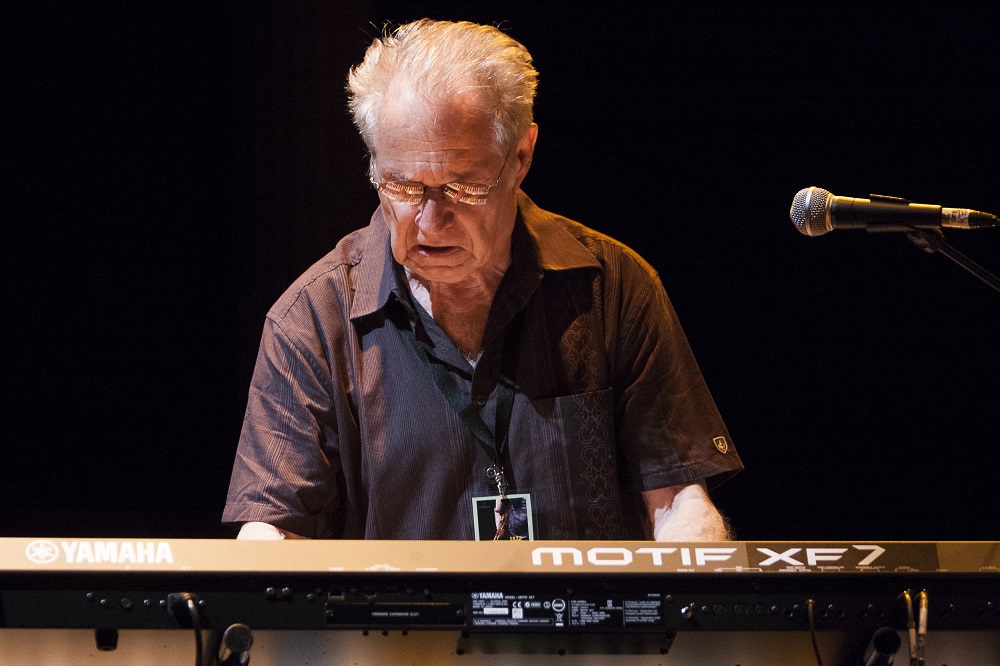 The world is filled with unsung heroes. Individuals working within their respective spheres, diligently and without fanfare. In the arts, they are often labeled the “artist’s artist,” romanticized among the cognoscenti, invisible to larger audiences. It is a common trope in documentaries, casting a lens on lesser known subjects, and more often than not, the results veer toward mawkish hagiography. Which alas, is the case with Dave Grusin: Not Enough Time, Barbara Bentree’s profile of the pianist/composer/arranger/producer, who’s been in the music and film industry for almost six decades, methodically working his craft while eschewing the public eye.

Consisting mainly of interviews with Grusin himself and recent live performances, the film weaves the story of a boy growing up in Colorado to immigrant parents, fond reminiscences of an early piano teacher, stints as a rancher and enlistment into the Navy before settling into Grusin’s career, which started its trajectory when he became musical director of Sixties Variety program The Andy Williams Show. Grusin worked with many seminal artists, Quincy Jones, Sergio Mendes, and became a favorite of the late director Sydney Pollack when Grusin branched out into film composing. He won an Academy Award for his score for The Milagro Beanfield War in 1988 and nurtured many artists with the record label he co-founded, GRP. From the talking head testimonials from his children to Jones, Tom Brokaw, and Michael Keaton (the latter two’s inclusion perhaps having more to do with being Grusin’s Montana neighbors and “fishing buddies”), a portrait is sketched of an unassuming yet driven perfectionist who never missed a deadline and could switch musical genres at the drop of a hat.

And yet, the film never goes beyond a succession of Grusin’s accomplishments, and rarely does it delve into anything resembling an examination of his creative process. The closest it comes to that is Grusin describing how he sets about composing a film by wondering what the image on the screen might sound like. And while there are interesting anecdotes, such as trying to unsuccessfully replicate Simon & Garfunkel’s seminal score for The Graduate, or coming up with a last minute song for Tootsie, the lack of a rounded portrait of the man is palpable. Gentle drone shots of picturesque landscapes and Grusin fly fishing in idyllic streams that aim to tie Grusin’s work with the geography that surrounds him feel like filler. There’s no doubt that Grusin is an incredibly creative talent, but Not Enough Time never ventures past a visual résumé.