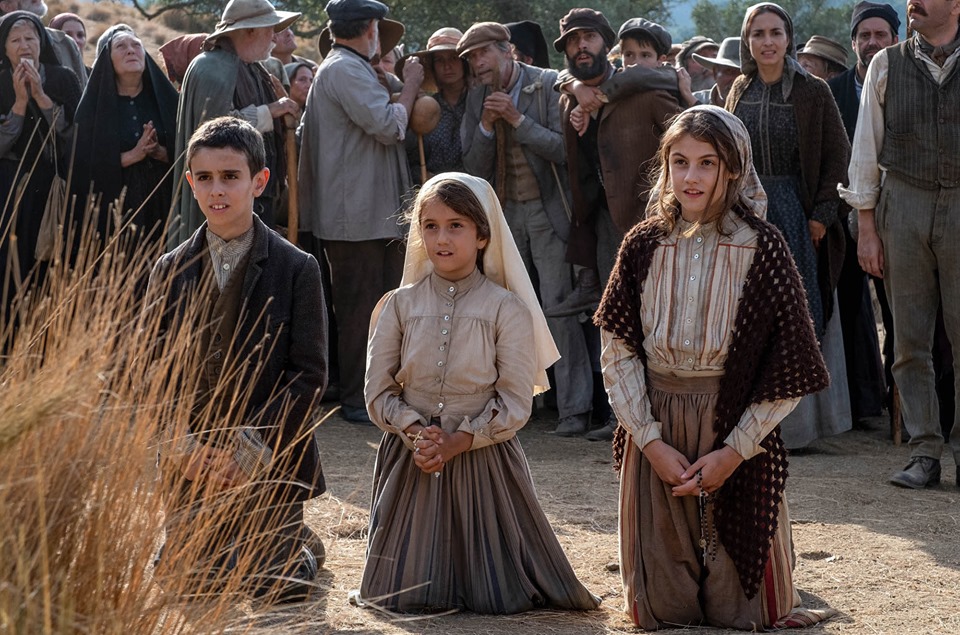 The Miracle of the Sun, also known as the Miracle of Fátima, was a religious phenomenon that occurred in the Portuguese town of Fátima during World War I. In Fatima, director Marco Pontecorvo and his team meld religious storytelling with the flourishes of a historical biopic, resulting in something both better and more frustrating than your average faith-based film.

During a stroll through the hillside, young Lucia (Gil) and her two friends encounter Mary (Ribeiro), the Mother of God, who asks them to return to this spot each month for the next six months. As word of this miracle spreads and a warn-torn country looks for a reason to hope, Lucia struggles to keep her promise without alienating her heartbroken mother (Moniz) or the town’s progressive mayor (Visnjic).

Pontecorvo is no stranger to historical settings. As with so many Game of Thrones veterans both before and since, the director demonstrates an eye for outdoor cinematography and period details. Fatima often looks more like the second-tier Oscar contender it aspires to be than a low-budget religious feature, and this effort encourages an investment in the story not often found in faith-based films. We have a sense of the struggles that this community faces, and their willingness to believe the words of children – especially given the daily announcements of those who have died in combat – introduces an element of despair that is all-too-easy to understand.

But as much as the production design and sweeping Portuguese cinematography ask us to take this film seriously, the producers are here to deliver a specific message. Fatima asks us to believe that faith is a difficult and uncertain journey. It also treats the presence of Mary at Fátima as objective fact, a creative decision that suggests Fatima is only interested in reaffirming the sovereignty of Christianity for its current practitioners. Given that part of the story occurs in the present day, how are we to reconcile this narrative with the events of World War II, when six million Jews were persecuted and killed for their belief in the same God?

A secular film might find inspiration in these tough questions. This one does not. Until faith-based films are willing to add an element of doubt to their narratives – to balance belief and subjectivity as well as Martin Scorsese’s Silence – then stories like this, no matter the quality of the production, will serve as little more than benign religious propaganda.