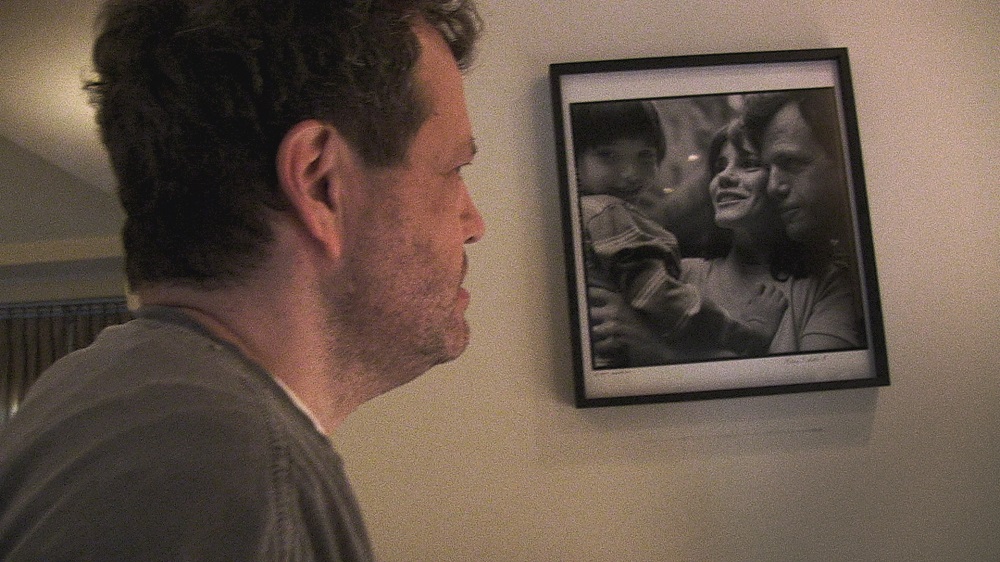 How badly do you have to screw up that your name is synonymous with a horrible day on the stock marker, but that's September 22, 1994, is forever known as Blech Thursday. It's when the businesses of investor David Blech, who arguably invented the entire biotech industry - or at least put a huge amount of venture capital into it - went belly up. Narrowly avoided jail that time, but 20 years later he went to prison for a stock manipulation (basically shuffling shares through shell accounts to make them look like they were worth anything). Somehow, in the process, he managed to go bankrupt, and still ended up in prison.

Yet The Blech Effect, David Greenwald's quiet and intimate portrait of a jail-bound fraudster, doesn't hold him up as a villain or a clown. There's no Gordon Gekko here: Instead. he's presented as a clean-living family man with a loving wife, Margie, and a devoted son, Evan. His investments into biotech helped save countless lives, and made billions of dollars for his fellow investors - and himself, as he made the Forbes 400 list. But when Greenwald catches him, he looks like he hasn't slept in a year. A dead ringer for Mark Ruffalo in the inevitable dramatic remake, it's immediately astonishing that he ever got as far as he did. There's little of his earlier life, save what's pertinent: a broken relationship with his brother, Blech Thursday, his prior conviction securities fraud. Details are scant, but they merely serve as context for how he could end up in an even worse situation. As he bitterly jokes, if he'd just been in a coma for the last 25 years, he'd be a billionaire.

What fascinates Greenwald (who must have slept on Belch's couch to get this kind of informal access) is his subject's utter lack of self-control. Diagnosed with manic depression and gambling addiction, his successes seem designed to take him to ever greater heights, just so he can fall even further when his depression hits. Meanwhile his wife, barely restraining her own incalculable combination of rage, frustration, and love, faces the fact she will have to raise their son - diagnosed with profound autism but facing something much worse as the story goes on - by herself. Intriguingly, there's little self-pity here, as both are fully aware of the beds they have made for themselves.

The biggest question raised is not about Blech, but instead about the system that enabled him. How could an obviously bright man with clear mental health issues be left to his own devices to destroy his own life is a gigantic moral quandary - and you'd think that the marketcentric mindset of American culture would pay more attention with billions on the line. Frustratingly, Greenwald never touches on those topics, but then he never really means to do so. By focusing on the micro rather than the macro, he implicitly asks exactly how a figure like Blech is given the leeway to make a disaster of his life, and that of his family. The Blech Effect heavily implies that companies shouldn't just issue annual reports to shareholders - they need to open themselves up to wellness checks.

The Blech Effect arrives on VOD on Aug. 25.