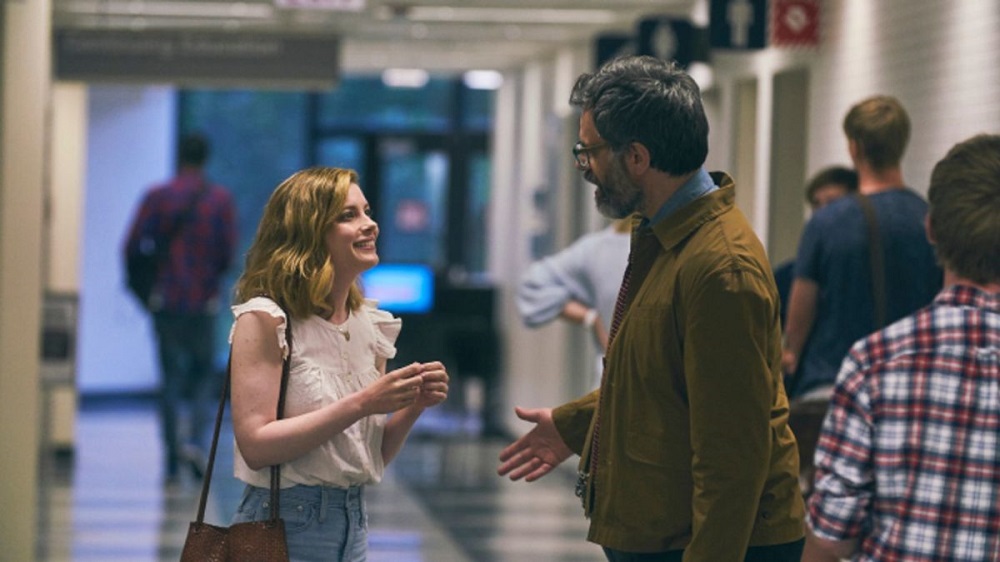 I Used To Go Here

The window to come-of-age is beautiful and brief, slammed shut not long after it’s been cracked open. In following years, some can’t resist the urge to pry it back up, including the protagonist of Kris Rey’s latest film I Used to Go Here.

Kate (Jacobs) checks off several boxes for your typical movie millennial: floundering professional, overdue for marriage and babies, disillusioned by the times and her small apartment – a classic case of “this is not what life was supposed to look like.” When the book tour for her debut novel is canceled, she jumps at the opportunity to settle for a reading at her alma mater. Arriving in her quaint college town is like returning to the womb, and she soon inserts herself into the group of current students living in her old home. Her second chance at coming-of-age begins.

Things start out fine, albeit predictably. There’s the party where Kate obligatorily marvels on how much older she is than everybody else. The bad date with a former classmate who has way too much to get off his chest. The reignited crush on a favorite professor (the zestful Clement) with a new favorite student. Of course, with this type of film you expect a little character growth, some flashes of insight. You expect a portrait of someone not necessarily likable, but undoubtedly interesting. Jacobs definitely finds winning humor in her character’s awkwardness, but it’s just not enough.

Kate’s new friends, with their forcedly quirky monikers and blasé demeanors, provide neither a realistic nor satirical depiction of Gen Z, but they do offer worthwhile lessons in passion and community. Unfortunately, Kate is too absorbed by her recent breakup and the inevitable failure of her book to ever be present in any meaningful way. It’s hard to watch her regress so willingly, yet so half-heartedly. It’s harder to watch Kate gradually embody more and more negative stereotypes about her generation.

In one of the final scenes, after a questionable one night stand, Kate is suddenly flushed with the clarity that we’ve had all along (the problem is not literary critics, publishers, or the next generation of talent – it’s herself). This is not growth; it’s the realization that she needs growth, and it comes far too late in the game.

It’s almost frustrating, how aware Rey seems to be of mediocrity and yet pushes on with her approach anyway. Early on, Kate describes her book as the antithesis to the “dramatic, exciting, and bold” stories people usually want – it’s restrained, just like real life. Possibly this is a statement of filmmaking philosophy. By the end, Kate admits “[her book] could be better.” Maybe this is a tongue-in-cheek acknowledgement that real life doesn’t always make for a great movie. 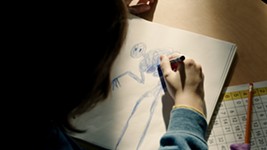 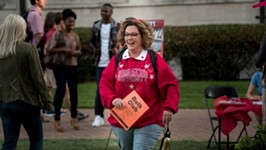