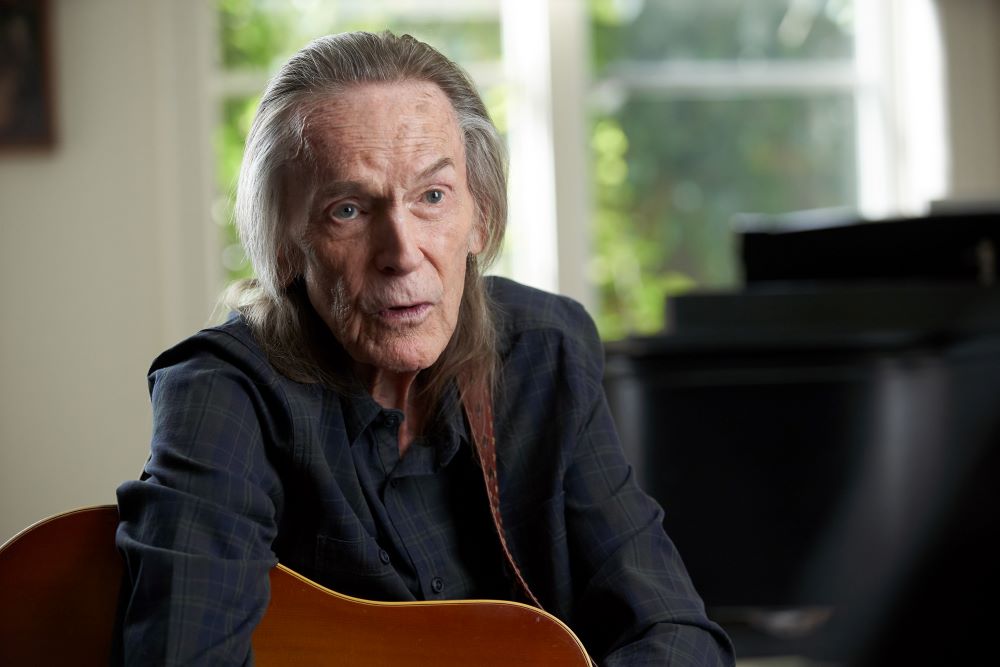 Gordon Lightfoot: If You Could Read My Mind

“If there was a Mount Rushmore in Canada, Gordon would be on it.” So pronounces Tom “Lunatic Fringe” Cochrane about Gordon Lightfoot, joining a chorus of Canadian music pioneers (Ronnie Hawkins, Randy Bachman, Sarah McLachlan) in singing highest praises for the Ontario-born troubadour documented in If You Could Read My Mind. Now 81, “Gord” himself makes a welcome host. Lightfoot driving through downtown Toronto hyping fellow homie Drake belongs in his Youtube playlist.

“When I got to Nashville, I was 19 years old,” drawls non-Great White Northerner Steve Earle. “Guy Clark and I got drunk for a week when [1976’s] ‘The Wreck of the Edmund Fitzgerald’ went to No. 1. We were writing these long story songs and everyone’s telling us, ‘Nah, you need [it to be] three minutes and you need a chorus.' Then this big, long, story song becomes a hit, so we got hammered for about a week, because we thought there might be hope for us after all.”

Gordo got wasted too in a reveal appearing conspicuously at the film’s two-thirds mark, which proves a veggie patty between the lightly toasted buns of artistic self-loathing faintly framing If You Could Read My Mind. It begins with Lightfoot and his wife watching a clip for 1966’s “For Loving Me” and debating the song’s chauvinism (“I won’t think of you when I’m gone”) until its author states, “I guess I don’t like who I am.” The “emotional trauma” inflicted on his romantic partners then trends toward movie's end.

Fluidly juxtaposing its subject now with him in his literally golden (locks) youth, this cinematic C.V. stays on the music (“Early Morning Rain,” “Song for Winter’s Night,” “Did She Mention My Name”) and craft (“Purely, it comes from the unconscious mind"). Through this soundtrack in reel time, Lightfoot’s deceptively slippery cadence – the ability to string together words fast enough that they’re there for the taking but also submerged in his preferred uptempos – emerges. “Back in the folk era, you could write ballads,” he proclaims. “People would listen to ballads. [Then] I started realizing you gotta do something the people could tap their toes with. I like to have a beat going on.”

Halfway through, If You Could Read My Mind has made it case, after which stacks more accolades and drama: covered by Cash, Jennings, Presley, Streisand, Yoakam, Young, etc., entangled with future John Belushi lethal injector Cathy Evelyn Smith (“Sundown”), and tartly accenting “about” as “abowt” and lengthening “out” to “aout.”

Summates Rush’s Geddy Lee: “He is our poet Laureate. He is our iconic singer-songwriter. He sent the message to the world that we’re not just a bunch of lumberjacks and hockey players up here. We’re capable of sensitivity and poetry, and that was a message that was delivered by the success of Gordon Lightfoot internationally. People were more willing to listen to someone from Canada, because someone of such enormous talent had paved the way.”

Gordon Lightfoot: If You Could Read My Mind is available as a virtual cinema release. Choose from:

Gordon Lightfoot: If You Could Read My Mind, Martha Kehoe, Joan Tosoni