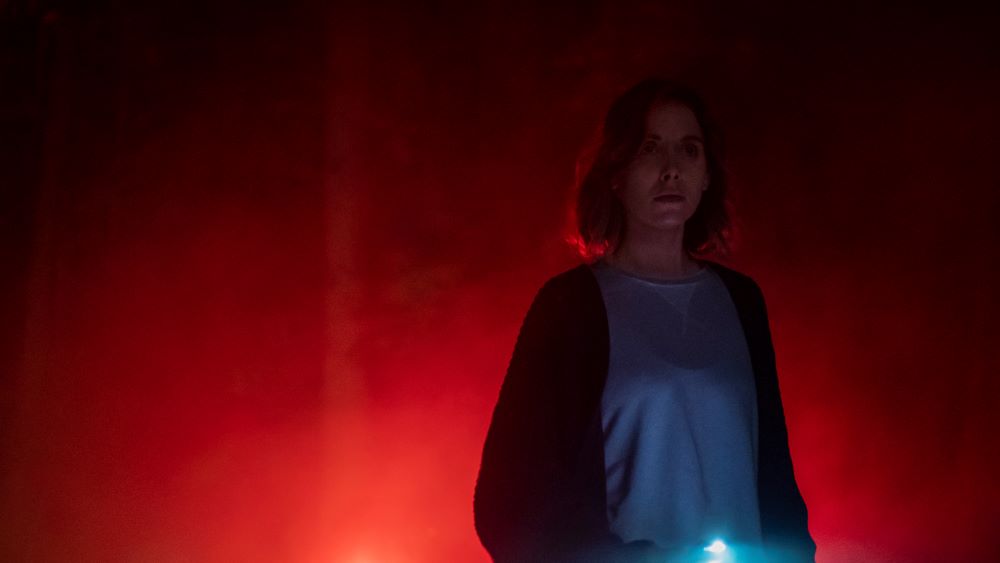 Slashers and summer camps go together like PB&J, but they're also very limiting. Most killer flicks don't want to murderize kids on-screen, and old folks are there solely to deliver dire warnings, so really they're stuck with teenage counselors. But what happens when those teens becomes thirty-somethings with real jobs, who still want to get away for the weekend but don't want too much nature? The horny teen becomes the complicated adult: in this case the quartet of Charlie (Stevens, The Guest, The Apostle), Michelle (Brie, Community, GLOW), Mina (Vand, A Girl Walks Home Alone at Night), and Josh (White, Bad Turn Worse). Charlie and Mina are business partners, and at ease with each other in a way that his girlfriend Michelle tries hard not to notice. The same goes for Charlie's brother Josh, who can never quite work out why Michelle chose him over his clearly more capable sibling and clearly tries to never ask her why.

The awkwardness and emotional tension is roiling under the surface, evocative of the earlier work by both co-writers – Joe Swanberg's mumblecore classics and Mike Demski's delightfully squirm-inducing Uncle Nick, with all its too-close-for-comfort fetid sexuality. But co-writer and first-time director Franco really twists the knife slowly when the foursome head to the coast for a weekend away at a rental house they found online. The only person they encounter there is the classic creepy old dude trope (Huss in excellent form), the brother of the owner who immediately sets off all of Mina's radars – not only is he unsettling, but also probably racist. Charlie's efforts to smooth these rippled waters are just what he would do any time, and that's why they have such a great business relationship. But it's also exactly the kind of closeness that Josh and Michelle have to constantly struggle to ignore.

Franco's assured debut fits straight into the upper echelons of mumblegore, the character-and-relationship-driven horror offspring of mumblecore. It's not just the Swanberg connection (although the denouement is as painfully hard-hitting as that of his V/H/S segment, "The Sick Thing That Happened to Emily When She Was Younger") but that it uses the sudden intrusion of a mysterious masked observer as a way to further examine extant tensions between the quartet. Moreover, he picked exactly the right cast to understand how to play genre without going too broad.

Most importantly, The Rental feels utterly contemporary. It's a running joke that horror films will find a way to dispatch cell phones, because they're still rehashing the Victorian haunted mansion trope. Franco subtly builds everyday tech into the story to amplify modern fears about online profiling, hacked phones, invaded privacy and more. Take out the masked menace, this is still tense: Add them in, and it's stomach-churning.

Brutal, smart, wild and mean, The Rental savagely reinvents the summer camp slasher for the vacation rental generation, and delivers a punchline payoff that will leave you reeling.

Make sure to read our interview with the filmmaker, Dave Franco Picks Up The Keys to The Rental," July 24. 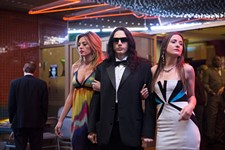